Go Offshore in Summer for Bass Fishing at its Best 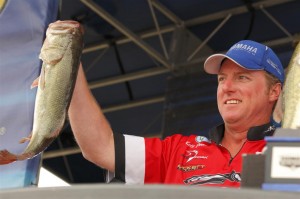 Years ago, I used to think that the best time to go fishing for big bass, the kind of double-digit lunkers that you lay awake dreaming about, was mostly during the annual spring spawn.

As a fledgling writer for ESPNOutdoors.com at the time, Jordon must have felt sorry for yours truly because he agreed to take me fishing on his home water of Lake Fork.

When I protested that the thermometer was supposed to hit 105 degrees the next afternoon – on a sizzling Lone Star State day in the middle of July – KJ scoffed at my reluctance and told me that the fishing would only be getting good about that time.

“Trust me,” he said. “The hotter it gets, the better. And we’re going to whack them.”

True to form, the professional bass angler proved to know far more what he was talking about than the writer did because we did in fact whack them.

Whack them to the tune of some 35 bass being caught and released in about five hours. And these weren’t dinks, mind you, but bona fide Lake Fork chunks that ranged from three pounds up to a little more than eight-pounds, most caught on deep diving crankbaits that were fished on offshore summertime structure. 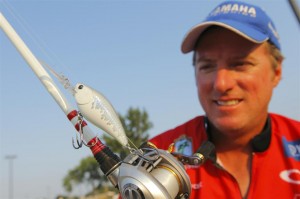 Since that sweltering introduction from Jordon to the fine art of finding summertime’s offshore bite, I’ve become a big fan of going deep with crankbaits and finding big schools of big bass that can’t help but munch on a crankbait as it wobbles by.

In fact, I’ve been able to duplicate the feat on numerous occasions – including an hour and forty-five minute span on Fork a few summers ago when I landed two bass over nine pounds, one over eight pounds, and lost another of more than seven pounds.

Needless to say, my tackle bag runneth over with big deep diving crankbaits during the summer months.

Interested in getting in on some of this offshore action this summer?

“Buy a good map and use your electronics,” said Jordon. “It really helps to have a good graph to help you go around and look (for deep water bass).

“Start looking on points, channel bends, or humps sticking out in the main lake. Start in 16 to 18-feet of water (and work) on up to 25 feet of water.

“Try to mark a lot of fish and when you do, fish there.”

Gary Klein, a fellow Texan and the co-founder of Major League Fishing, is also a fan of finding bass offshore in the summer months and fishing there.

While the Weatherford, Texas resident is known far and wide as one of the tour’s biggest and best experts on the art of flipping, Klein is also quite adept at finding fish away from the bank too.

That’s something that you might expect from one of the sport’s best who has two B.A.S.S. Angler of the Year titles, eight B.A.S.S. circuit wins, 30 Bassmaster Classic qualifications, and more than $2 million in career earnings to his credit. 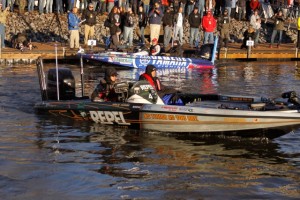 How does he do it?

“I’m going to be looking for anything that is not bank related, things such as an underwater hump,” said Klein.

“To me, cover is something I can see with my eyes on the shore and structure is anything below the surface.”

To find such bass holding features, Klein relies heavily on his boat’s electronics.

“I’m trying to establish an activity zone and I do that with electronics,” said Klein, a longtime pro with Lowrance electronics.

“I’ll turn on the Lowrance and idle across a creek channel,” he added. “It will show me things like the thermocline and certain depth zones with activity.”

“Say I notice activity in 18 to 22 feet of water, then I’ll look for structure in that area and really start hunting for these fish,” he said.

It’s actually a hunt that goes both ways for Klein – who enjoys long range rifle target shooting during his spare time – who is actually looking for good spots and not-so-good spots.

“It’s a process of elimination,” said Klein. “You can’t just go offshore and expect to get on them. 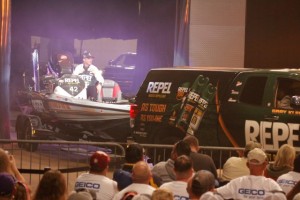 “Anglers need to develop a good relationship with their electronics and what those machines are showing them. Once you do that, you can eliminate water pretty quick or establish an area that has a lot of fish in it.”

When Klein establishes an offshore area that has a lot of fish in it, he’ll note the spot’s location and toss a marker buoy overboard.

In a day and age of marking waypoints, why does Klein go a bit old-school and result to the latter?

“I do that so I know the cast I need to make,” said Klein. “A lot of times, you have to make multiple casts to trigger fish (to strike).

That’s part of the nature of fishing summertime’s offshore structure – when you get one bite, you’re liable to get the school fired up and get a whole lot more strikes.

And when the action turns into a KJ or Klein style bass catching derby, it’s fishing at its highest level of fun and enjoyment.

No matter what temperature the thermometer might be registering.