A Year without a Santa Claus 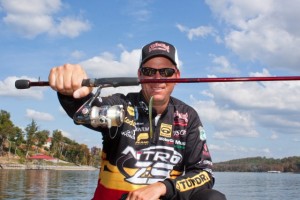 Kevin VanDam with a Finesse Rig – photo by Dan O’Sullivan

In case any of us missed it over the weekend, the earth shook.

No, I’m not talking about the 6.0 Richter Scale earthquake that hit in the Northern California Bay Area, I’m talking about the much larger version that struck the bass fishing world in the state of New York on Saturday.

Kevin VanDam missed qualifying for the 2015 Bassmaster Classic. Not only did he miss the Bassmaster Classic, but he also will not be competing in the top 50 Toyota Angler of the Year Championship event in Bay de Noc Michigan next month as he finished the year ranked 53rd in the points standings.

That marks an end to his qualifying for 24 consecutive Bassmaster Classics.

The news made me feel like I did when as a kid I watched the 1974 Rankin Bass animated Christmas story called A Year Without a Santa Claus. In that half hour tale, Santa announced that he was weary and would not be making his rounds on Christmas Eve. Of course in that episode, I got to feel the relief of his elves and Mrs. Claus convincing him to go anyway, so Christmas was saved.

There’s no convincing anyone to let VanDam have another shot, and quite frankly, the 2015 Bassmaster Classic will be worse for the fact that he’s not going to be in it.

I know there is an element of people that are happy to see him not there. Individuals that compete against him and the some of the fans have been known to voice the opinion that they are tired of seeing him dominating the standings year after year. 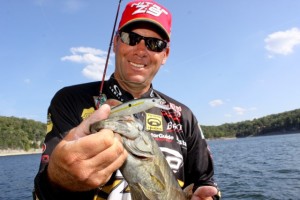 In the case of VanDam, I’m not one of those, but I can relate to the sentiment itself. As I write this I’m in a New England state, and that brings to mind the fact that I am not a fan of the Patriots’ quarterback Tom Brady. I obviously do not know the man, but there is something about the way he carries himself on the field that rubs me the wrong way, and I just would prefer to see him lose.

For fear of personal injury from the many New England Patriots fans that are I’m sure right outside the room; and my friend Rob from Massachusetts, I will avoid disclosing which New England state I am in right now. But, I just can’t stand to see the Patriots do well. So, as I said, I can understand why some fans and anglers were ready for a break from the VanDam domination of the Elite era.

I was not one of them, and I will explain why. As a business operator in this industry, VanDam moves the registry needle unlike any other angler. There are others that do as well, but not quite as much as VanDam. Skeet Reese drives huge numbers of viewership, Mike Iaconelli, Brandon Palaniuk, Gerald Swindle do as well. However, none of them tip the scale quite like VanDam as consistently.

I can run a story about fishing spinnerbaits with any one of a 100 Elite Series or FLW Tour pro and the response from visitors to Advanced Angler will be good. Put the same topic together with one of the guys mentioned above, and the viewership will increase. Run a story on the same topic with VanDam and the visits will increase again. There is something about him that makes people want to know what he is doing.

It’s probably a combination of things that make him so appealing to so many. The fact that he has long been – and still should be despite this off year – the best angler ever, is one reason. Another is that he is so personable. VanDam is not the kind of person who typically draws extreme negative reactions. I’ve often said that he is like vanilla ice cream; nobody truly hates vanilla ice cream, and nobody truly hates VanDam. 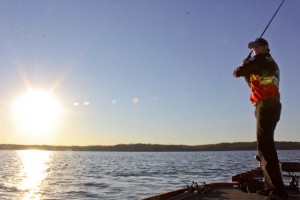 Be Prepared, the KVD Sun will Rise Again – photo by Dan O’Sullivan

Iaconelli is polarizing; fishing fans either love him, or they can’t stand him. There are fewer of those with Reese or Swindle, but there are those who would rather have their fishing entertainment and information delivered to them in a different way, so they do not resonate with all fans. VanDam appeals to nearly every fishing fan because of his track record, his skill, professionalism and delivery.

Many have called him the Tiger Woods of bass fishing, and in my opinion, there could not be any better athlete to compare him to. His dominance in bass fishing has been much like what Woods had done for so many years, and whenever he was in an event, the ratings went up.

Another thing that was comparable between the two was that everyone always wanted to know where Woods was in the standings. It didn’t matter if he had an uncharacteristically bad day, there would always be a special part of a recap on the news making sure everyone knew where he was. VanDam has always had anglers looking over their shoulders and fans reading the standings to see where he was, and wondering how likely it was for him to come back.

I for one am a little disappointed that he will not be in the 2015 Bassmaster Classic because it removes one story line that always seems to provide a significant jolt to the overall tale of the Classic. The one thing you could always count on was that he was going to make the tournament more interesting, and he would deliver an outstanding, professional job with the event from a fishing and media perspective that would make the event better.

So, we will experience a Classic without VanDam, and while he will undoubtedly deliver all of his professionalism and skills to the fans at the 2015 Bassmaster Classic at Lake Hartwell, and likely his expertise to the television coverage of the tournament.

But, for those angler who got their wish for an event without him, and for those fans who were ready for a break, be prepared. VanDam will spend much of this offseason with his competitive juices festering, and the fact that he cannot compete in the Classic can only mean one thing.