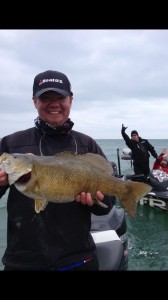 6.48lb smallmouth….Zona in the background giving up the photobomb

Tournament angler – Guide – Husband – Father to two pups; those are all things our next guest on Backstage Perspectives is. Hard worker – Dedicated friend – Salt of the earth guy; those are the ways he was described to me by a colleague. Dustin King of BoatUS grew up in Coosa River country and admittedly has forgotten how long he’s been fishing other than to say he’s sure he was handed a kiddie pole before he could walk.

His passion for the outdoors doesn’t end there; King is also a passionate hunter and farmer and believes in living sustainably off the land as much as possible. It’s this hard working, earn your way kind of attitude that’s helped him get to where he is today.

After graduating from college with degrees in both business management and marketing Dustin finds himself fulfilling a lifelong goal of working in the fishing industry full time, most recently as the Program Coordinator for BoatUS. 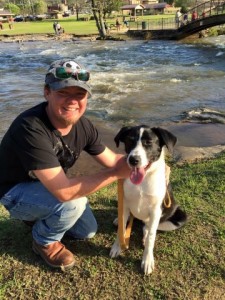 Dustin and his dog Maximus

Let’s take a little time and get to know him better in this, the seventh edition of Backstage Perspectives with Dustin King:

Mike Ferman (MF): You grew up and went to college in Alabama, after graduation you ended up at TBF in Ponca City, Okla.; how did that come about and what was your role there?

Dustin King (DK): After college, I had done some pro-staff stuff and fished a bunch of tournaments and I was lucky enough to get a four month internship at an Wired2Fish that went really well. Apparently, well enough to put a bug in someone over at Ranger’s ear. During that internship, Scott at Ranger heard I was looking for a job and recommended me to the TBF who at the time was very closely connected with Ranger. Luckily I was able to land that job with TBF and that started my full time career in the fishing industry.

MF: You are now the Program Director at BoatUS, what does that entail? 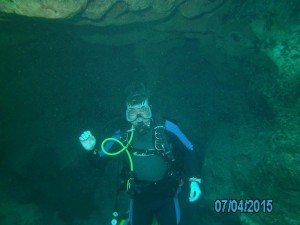 DK: As part of my job at BoatUS I get to travel to tournaments and events around the country to support our partners, tell people the BoatUS story and sign them up for coverage. I also run the manufacturer programs with Ranger, Stratos and Triton, or any of the other programs we have running or in development.

I also handle the inland side of things; that’s my main focus. BoatUS has always been very strong in the coastal market but we are also trying to grow our inland segment as well and that’s where I focus a lot of my attention. I also just recently got my insurance license so when I go to some of the events in-state I’ll be able to offer my customers boat insurance quotes on the spot as well.

MF: Who introduced you to fishing?

DK: Definitely my grandfather. I started fishing with him when I was probably too small to even walk, he always had a fishing rod in my hand, and he even let me start driving his Ranger boat at about six years old.

That reminds me of a funny story. My grandparents had a house on Neely Henry Lake my whole life and my grandfather worked for the Alabama Power Company. When I was 11 or 12, I would go down 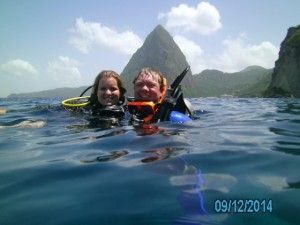 Marylynn and I diving at the Piton Mountains in St. Lucia

there in the summer and he would back the boat in for me before he went to work; and he’d tell me, “You’re out here till I get home from work.” I had to stay in sight of the house so I couldn’t go very far, but I burned a lot of trolling motor batteries during those summer outings.

MF: Do you remember what the first fishing related item you purchased for yourself was?

DK: I’ll go out on a limb and say it was probably a chrome / blue Rat-L-Trap. Like I said, my grandfather was instrumental in getting me involved in fishing. He was even exceptionally aware that when it comes to young kids you’ve got to try to get them catching fish pretty quick or they’ll get bored. So, he used to take me up to Weiss Lake to catch Striper on a Rat-L-Trap. For an eight-year-old, there is nothing more fun than catching a 15-pound Striper; that’ll keep you coming back for more.

MF: What fishing technique do you struggle with the most?

DK: Shallow water fishing — Flipping and pitching under docks and around piers. We’d all like to think we’re pretty good at it; but being in the fishing industry around guys like Gerald Swindle, Kevin Van Dam, and some of those guys; we’re nowhere near as precise or persistent as they are. I could definitely use some more work there. 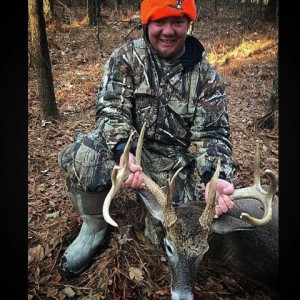 MF: Aside from working at BoatUS you also guide on some of the North Alabama lakes, but not just for bass like one might assume. Can you talk about the multitude of different species and techniques you guide for, where, and which one is your favorite?

DK: We catch a bunch of catfish here on Neely Henry by jug fishing; which I’m sure some folks may not be familiar with. Basically you take an empty, capped milk jug, and attach some line and some live bait like bream on a circle hook and we set out about 50 jugs. That’s a lot of fun and you can catch a bunch of different types of fish quick with it. I also guide for striper in the summer. But, my favorite thing to guide for is still spotted bass.

MF: You are not just an avid angler but also a devoted hunter. What are some of your favorite things to hunt and where?

DK: We’ve got a hunting club about 15 minutes from the house that we’ve had about 18 years or so. I took my first rack buck there. It’s about 500 acres and I can hunt everything there. I hunt turkey, deer, small game, all types of things.

I tell people this all the time, you know the cliché, working in the fishing industry you gotta have some other thing you enjoy doing. Unfortunately, when everybody else is fishing we are super busy and 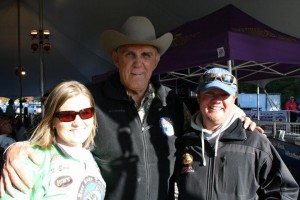 Marylynn, Ray Scott, and myself at a BASS Weekend Series National Championship on Santee Cooper

don’t get to fish much; so my secret is I got into the fishing industry so I’d have time to hunt… I’m on the Gerald Swindle plan you could say.

MF: If you had to pick one animal you have hunted to relate to a spotted bass what animal would they be?

DK: Hands down it’s a Coyote. They travel in packs but you never know where they’re going to be from day to day.

MF: Unbeknownst to some, guides and tournament anglers need a vastly different approach to finding and catching fish. As you do both, can you share some of your experience with that?

DK: For sure. As a guide your main focus is you want people to go out and have fun. You’re out there with a father and son perhaps, or whoever it is, and they’re catching 20 or 30 13 to 16-inch fish; then were all having a great time. Also, if someone says, “hey, I’ve never caught a fish on Carolina Rig,” then we go out and we find him a Carolina Rig fish. Let’s go teach them something or let’s go do something they’ve never done and have a good time. 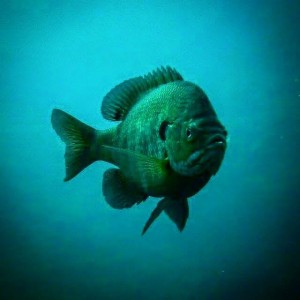 A Photo of a Bluegill Dustin Took While Scuba Diving

MF: I heard you are also have a passion for scuba diving, can you expound on that?

DK: Absolutely. I started scuba diving in 2012 and I got certified in Arkansas, but I got my first certification when I was living out in Oklahoma. As a fisherman I was always really interested in it and I just wanted to go down and look at the fish.

My first scuba dive was at Beaver Lake in Arkansas. We jump in the water after having gone through some practice stuff in a pool and I fell in love. We’re swimming down there on the bottom and I’m looking at these smallmouth bass; they’re swimming around next to us in a marina. Then we start flipping over rocks and grabbing crayfish and actually hand feeding those Beaver Lake smallmouth crayfish.

After seeing that and seeing how fish react to things and how the bait moves and acts in the water I was fully hooked. It gave me a huge insight into what my lure was doing and should be doing under the water and has really helped my fishing. Since that experience though I’ve actually taken a little further and become rescue diver certified.

Working for BoatUS does give me some unique opportunities to assist and dive on some cool things like some of the salvage work they do. I’m actually leaving for a dive trip tomorrow; it’s definitely 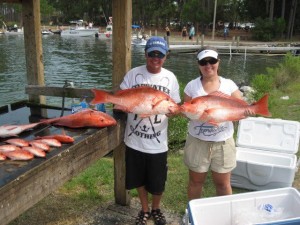 become a true love of mine. 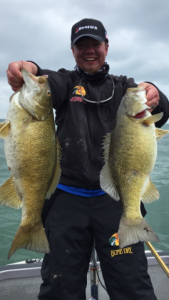 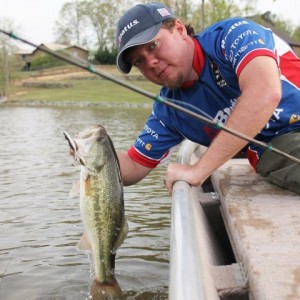 DK: I’m 26 years old and work full time in the fishing industry and believe that’s truly a blessing from God; so, I have to thank him for blessing me with getting to do something I fully enjoy. I just told a friend recently, what it’s worth to wake up on Monday morning and not dread going to work. That’s how I feel every Monday morning. I’m actually excited to get to go do what I love, it’s great.

I’d also like to thank my wife, Marylynn. As you well know we spend a lot of time on the road in this industry. She deals with me being gone a lot; probably more than I should be. She takes care of everything back at the house, I’ve never had to worry for a second about something getting done when I’m on the road and that’s awesome.

And, of course my grandparents, especially my grandfather for all he did to get me interested in fishing and the outdoors.