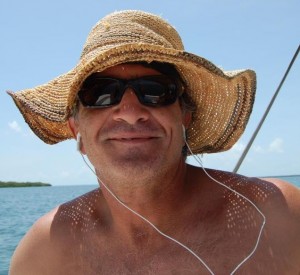 Erick Arnoldson – Can’t Take Florida Out of the Boy

Writers note: Growing up in South Florida, Erick Arnoldson had a passion for fishing from a young age… Even if it wasn’t for bass as some might assume. As a child his weekends were filled with saltwater fishing trips with his dad on his boat throughout south Florida and the Florida Keys. While summers were spent in The Bahamas and other offshore destinations fishing, scuba diving, and spear fishing. For work, Arnoldson had spent 20 years as a successful tree farmer in Homestead Florida, regularly fishing in his off time whenever he could.

It was on one of those trips to the nearby Florida Keys were Arnoldson’s journey in the world of bass fishing began. One night his buddy Fred Battah called him. Knowing Erick was a fisherman and an honest businessman he wanted to know if he would be interested in joining a new venture called Livingston Lures.

I first met Arnoldson at the Bassmaster Northern Open at Oneida in 2013. I had just recently heard about Livingston and had been interacting with them on social media for a few weeks prior to the event, but had yet to see the product in person.

With it being my first event I was attending as a media member, I thought it a good idea to check out the weigh in area a day early to scope camera angles and such. When I arrived the only other person there was Arnoldson, working hard in the Livingston Lures trailer a few days before the tournament even started. We talked numerous times that weekend about the product and various other things, and I knew we’d end up getting along. 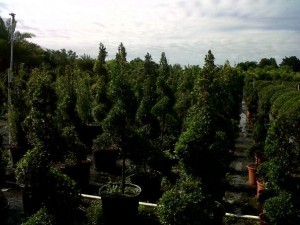 I quickly learned that Arnoldson is not only diligent at his job but has a unique level of care and respect for those his job directly effects. Arnoldson is the one who brought the pro staff concept to the owners at Livingston Lures and has since devoted a lot of his time to that in a somewhat unique way.

Although many companies spend some time on the road physically supporting there anglers. The level of direct connection and interaction that Arnoldson and Livingston has with its Elite Series anglers is second to none, he is on the road at every event with their guys day in and day out. The number one goal is to see his anglers succeed, and it shows. So, when I first thought of the “Backstage Perspectives” feature series and I started to brainstorm a list of people I wanted to feature, it was no surprise to me that Arnoldson’s name popped into my head almost right away.

Enjoy, this edition of Backstage Perspectives — With Erick Arnoldson of Livingston Lures. 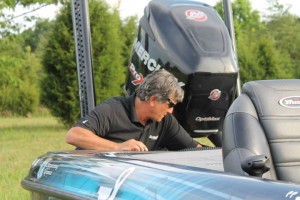 Mike Ferman (MF) – What led to you working at Livingston Lures?

Erick Arnoldson (EA) – Freddy (Battah) called me and asked me if I’d be interested in helping him, and when I saw the technology that was inside the bait. We had been fishing Florida and the Bahamas with some pretty successful anglers and guides and knew that sound and light were something that had worked well for us. So, when I saw this lure I fell in love with it. I dropped everything in Florida and moved to San Antonio. I had a successful tree farm I had been running for over 20 years which my partner is still taking care of today. But yeah, when I heard the sound of Livingston Lures, I fell in love. 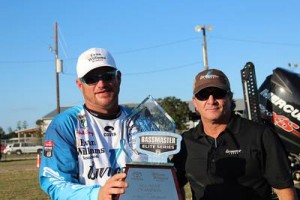 Erick Arnoldson with Hank Cherry after All Star Win

MF – Your title is National Sales Director, but I know from personal experience that means you probably wear a lot of hats. Aside from sales, what are some of the main duties your job at Livingston entails?

EA – Aside from sales I handle pro staff, and brand activation. It’s kind of like three full time jobs. We have a regional pro-staff program of over 400 people. I spend a lot of time talking to our dealers and regional staffers, as well as handle anything related to the national pro-staff.

I also have the joy of being out on the road with our Elite Series Anglers at each event. The company usually rents a house and myself and some of our pros stay there… We spend a lot of time making sure the guys have what they need to be successful. Whether that’s hanging out and cooking food, running out at 1:00AM to get them baits, helping them prepare their gear for the next tournament day, or even helping wash their rigs. Anything I can do to make sure these guys have what they need to keep rockin’ and rollin’ and being successful. 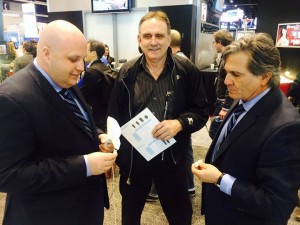 MF – What’s your favorite part of your job?

EA – Being in an industry I love. Also, being around the pros, I have a new found appreciation for it because when I first started I had no clue that it takes such hard work. To see how hard these guys work and to be away from their families inspires me to want to sell more baits and really do whatever I can to make them feel like they have 110% backing. So, I’d say seeing them succeed and seeing them happy is definitely one of the highlights.

MF – I also know you have a second job in the medical equipment field. Can you share a little about that?

EA – The owners at Livingston have another company called Ritter Dental, it’s a 125 year old company with a factory in Germany. What I’ll do is when I’m on the road and I’ve got some time is I’ll drop the plaid shorts and my flip flops and throw on my suit and visit dealers. We sell dental chairs and implants.

MF – Being you spend so much time on the road… What one thing stands out the most?

EA – How beautiful this country is. I’ve traveled all across South and Central America but had never really got a chance to travel the US. So one of the things that I go back to is these beautiful little cities who welcome the B.A.S.S. Elite Tour with open hands and treat us like rock stars out on the road. 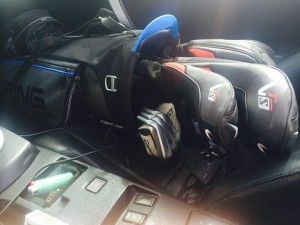 MF – What items can you not live without when on the road?

EA – My golf clubs… I don’t get to use them a lot, but I bring them. Last time I got to play was at Escanaba when we had that two day delay and I played with some of the Elite Series anglers. It was windy and cold but we had a great time.

MF – What’s your favorite type of lure and how do you like to fish it?

EA – I love topwater and crankin’.

MF – Since you travel the tournament circuits you get access to some of the best lakes the country has to offer… Which one is your favorite and why?

EA – Pickwick — I caught my first bass there (A seven-plus pounder) and I feel like that’s where I fell in love with bass fishing. So I have a connection to Muscle Shoals and that whole area because of that. 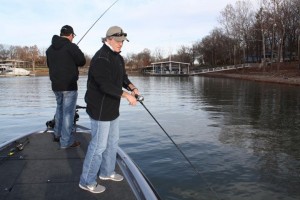 MF – What fishing technique are you worst at or have the least experience with?

EA – I have a few weak spots honestly but I’d probably say I have the least experience with a jig.

MF – How has spending so much time around some of the best anglers in the world on a near daily basis changed the way you fish?

EA – It definitely has. I wish I could tell you how exactly, but It has helped me a little bit for sure. I see what it takes and how they think differently. I wish I had more time to actually fish around them. There’s a saying “You’re a knife sharpener for a living, that’s what you do… But your knives at home aren’t sharp”… So I do it, I see it, I fish with them – but, I haven’t really been able to put it into practice. But, I promise you, like (Jacob) Powroznik says, “I promise you” I’m going to become the best fisherman I can in fresh water. 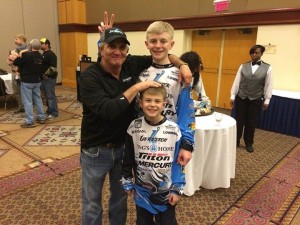 MF – If you had to choose ONLY ONE technique or lure to use for eternity… What would it be?

MF – Sushi… Yes Please or Not For Me

EA – BlueTreuse, it’s a clear body with a blue back and a chartreuse belly. 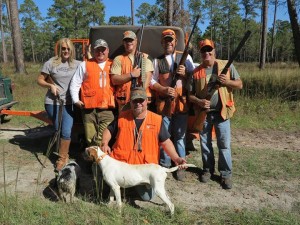 Hunting with J. Todd and Emily Tucker at The Southern Woods Plantation

MF – If you were going to be stranded on an island with one pro angler who would you want it to be?

Finally, is there anyone you’d like to thank or mention?

Freddy Battah for calling me at 1:00 o’clock in the morning when I was in the Florida Keys and talking to me for hours about these lures. Also, the sport and community of bass fishing. What our sport has is unique and I really appreciate it.