Best of Show – Our View After

7/18/2011 – by Dan O’Sullivan
ICAST 2011 is behind us, and as you’ve seen from our ICAST RAW – video coverage, there was much to see at the show. From the newest rods, reels, line, lures, terminal tackle and accessories, the fishing industry works to put its best foot forward.

One of the highlights of the midsummer show is the Product Showcase, where manufacturers submit their newest products as submissions for a vote of the attending media. Products are submitted within their categories and awards are assigned by the media moving through the glass cases and making their votes without any input from manufacturer representatives.

Earning an “ICAST Best of Category” or “Best of Show” award is an honor. We posted the list of winners from the 2011 show in our Front Deck News on Friday at the show. To see a list of those winners; click here.

The problem with the voting process is that decisions are made devoid of any understanding of the product being voted on. The vote takes place the Tuesday night before the show opens, and because manufacturers are not on hand, the media may not completely understand the products they are charged with voting for.

With that in mind we at Advanced Angler have decided to provide you a list of products that didn’t get awards that are truly revolutionary. That’s not to say that any of the winning products are not worthy of their awards, but if the vote were to happen after we had opportunity to learn more about the products, then the vote might turn out differently.

Personally, a product has to have some sort of ingenuity for me to consider it award winning. The uses of a new material, new technology, or a new process resulting in a new product or family of products are the type of things that create award winning products.

Reels
For bass fishing, the Abu Garcia Revo MGX is truly amazing; however, there were other products that received very little pre-show press. The Ardent Edge reel is the first foray into the low profile reel category for the Missouri company. While their pro staff is excited about the new smaller reels and the availability of a high speed design, the real innovation is their new Drag Tracking Technology. 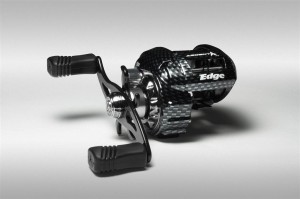 Quantum EXO was kept a quiet secret until the first day of the ICAST show. EXO features a unique exoskeleton design that allowed Quantum engineers to lighten the reel and make it much more durable and efficient than traditional reels. The Quantum pro staff was able to quietly test these reels only briefly before the show, and to a man, each of them said it was unlike anything they’ve ever used. 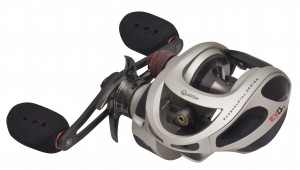 Rods
Two companies made impressive contributions to their product lines at ICAST with totally new series of rods that anglers will certainly take notice of. The first is Duckett Fishing who certainly made a presence with their introduction of their White Ice line of pro designed rods. Boasting a strong pro staff that starts with Boyd Duckett himself, Duckett Fishing created rods with Terry Scroggins, Byron Velvick, Kelly Jordon, Jason Williamson, Timmy Horton and Pete Ponds. White Ice is built on a high end blank with carbon fiber scrim and finished to an attractive ice blue color with new stainless steel ring lock micro guides and minimalist handles that make a superlight rod.

The other company that made a big step forward in the rod business was St. Croix (if it was really possible for them to outdo their already world class lines of rods) with their Rage Series of rods. The SC3 Carbon Fiber blank and stainless steel ringed modified micro guides create tremendous castability and accuracy. Couple that with their new handle construction that begins with a CNC made urethane handle core that is fitted with a custom neoprene coating that keeps it grip, even when wet.

Terminal Tackle
The Owner Jig Rig gives anglers a wide gap hook set up that has a free swinging, long tear drop shaped weight attached to a solid ring. When rigged with any soft plastic, the free swinging weigh allows anglers to cast and drag the bait along the bottom with more efficiency.

TroKar treble hooks are something anglers have been asking for since the TroKar brand was introduced in 2009. Well, TroKar answered those desires with two styles of trebles; a short shank round bend and a short shank wide gap version as well. Each of the three points feature the surgically sharpened triple point for grabbing flesh of bass on contact.

Gamakatsu introduced their new Swivel Shot hooks designed by FLW Tour pro Shin Fukae. We got a sneak peek at the Swivel Shot at the Lake Lanier Writer’s Conference and were immediately impressed with how the hook swiveled around the body of the rig. Anglers can tie to the top ring of the Swivel Shot and use the clip on the bottom to quickly change leader length and weight sizes. 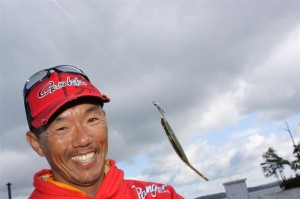 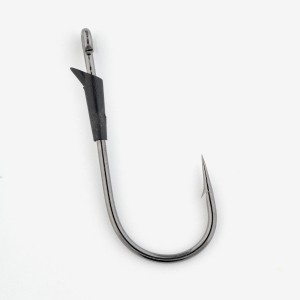 Sunglasses
Again, we look for innovation as a key to how we do our after show “Best of” piece and the new sunglasses from Sundog; designed by WFN Reel Fishy Jobs host Mark Melnyk fit that bill. The Sundog glasses are stylish, and seem to be very light an comfortable, but their innovation comes from their new Melalense technology which features a photochromic lens that changes darkness of tints with the brightness of the day, and a melanin infused material that helps reduce eye fatigue and the blue light spectrum. Melnyk’s signature line includes three new styles, all with polarized lenses built for the angler.

Wiley X set a standard several years ago with their commitment to safety, and part of that is their facial cavity seal available in some of their active styles. This year, the Wiley X Rout, along with several other styles feature a newly designed, slimmer facial cavity seal that is even more comfortable. Of course, all of the Wiley X glasses carry the highest safety standards around. 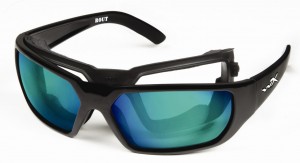 Soft Baits
Big Bite Bait Company made a statement with two new baits; the Wacky Stick and the Shaking Squirrel. The Wacky Stick looks like any other soft plastic stickbait on the market, until you notice the rubber “O-Ring” molded into the body of the bait to allow for quick Wacky Rigging. The Shaking Squirrel is a thin tailed drop shot and shaking worm designed by Elite Series pro Jeff Kriet. The design of this worm is so unique that it barely takes any effort to make the tail dance.

Gene Larew has produced a smaller, 3.75-inch version of their popular Biffle Bug, and not only did they produce the new size; which is perfectly suited as a jig trailer or a finesse Flipping bait, but they went with new colors as well. Tommy Biffle and the Gene Larew Company came up with colors that complement any water color; including a black and yellow, and black neon and chrome and even a black neon and burnt orange that crawdad eating bass are sure to confuse for the real thing.

Hard Baits
Lucky Craft announced several new lures, but the Takahiro Omori inspired lipless crankbaits look to be some of the most unique lipless with their new LVRTO baits. Designed to be able to go through cover a little better than average lipless baits, the LVRTO is expected to be a great producer.

Continuing the XD Series from Strike King is the 3XD. Built along the premise of the 5XD and the 6XD, the 3XD has a special bill angle that helps the small crankbait achieve uncommon depth ranges for a bait that doesn’t quite measure two and a half inches.

Jackall Lures made a splash again with their Aska 60 squarebill crankbait. Features like molding plastic onto the belly hook hanger that will allow the angler to use a larger belly hook, yet still keep from hanging up in the rear hook or the bill. The bill of the Aska 60 is made of circuit board material, and it is said that the lure took nearly five years and 100 prototypes to complete.

Jewel TroKar series jigs all are made to the exacting specifications that Gayle Julian established many years ago. Now, Jewel has worked with the folks at TroKar to produce the high quality TroKar hooks in their famous O’Shaughnessy bend that makes the Jewel Jigs so famous for hooking, and landing fish. The new Jewel TroKar Series all feature a sinister black matte finish that coincides with the TroKar brand, and everything else that Jewel has become known for. 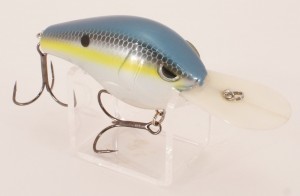 Boat Accessory
This is one that New Product Showcase got right; the Power Pole Signature Series Blade Edition. The New Blade edition is thinner, beefier, quieter and faster with its new C-Monster control system that even lets you fine tune the settings on your smart phone. The new wireless remote system even lets the angler control individual poles, or both at the same time. The fact that it is available in a 10-foot model makes it even better, and the new features along with the increased depth had many of the pros talking throughout the show floor. 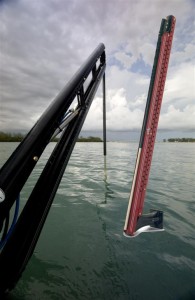 The Hydrowave has made a splash with anglers looking for an edge in triggering fish to strike. Based on the technology that was launched by Biosonix, the Hydrowave unit is sleeker, simper and easier to use. The Hydrowave is available in freshwater and saltwater versions. 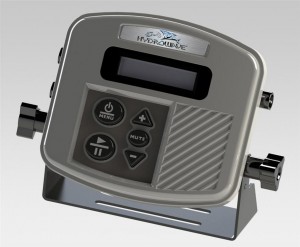 Accessories
One of the products that reportedly missed a Best of Show category award in 2010 was the Shark Tooth Spool Management System. Well, this year, the company created a bigger sized version for use with mono up to 200 pounds and braid to 150. The Shark Tooth Megalodon Series allows anglers to control their spools in the boat or in storage, and they even come in sizes for giant spools.

These are just some of the products that impressed us at ICAST last week. It would be impossible to list everything that made our jaw drop at the show; and there certainly were a lot of them. For more coverage of everything we saw from ICAST 2011, check out our ICAST RAW – video coverage featuring videos from the people that produce the products that will drive the industry for the next year and beyond.