Beyond the Pond – Anne Lefebre

Within a boat or train, car or plane, physical journeys occur every day but a journey of the heart, mind or soul isn’t always as obvious. Anne Lefebre, wife of FLW champion Dave Lefebre took the time to share a journey in her “time machine” and take us back through her memories of her and her husband’s path that led them to the life of a professional bass fishing family. 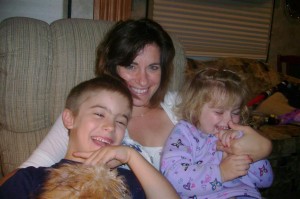 As a 12-year-old girl, days can be filled with fluttering thoughts of trendy clothes, glittery make-up, the latest teen heartthrob or their BFF’s; but on one particular day a pre-teen girl from Pennsylvania was filled with the thought of having just met the boy that she would marry.

After being been told to drop off a sack lunch to her older brother and his friend that were fishing down at the lake, tweenage Anne picked up the brown bags, got on her bike and pedaled her way into what she remembers as “puppy dog love”.

Looking back now Mrs. Lefebre recalled that day, the day she first laid her eyes on her future husband saying, “My mom made me take the food to my brother and his friend Dave. As soon as I saw him, I loved him; it was puppy dog love, but it was love.” Laughing at her childhood proclamation of love, she remembered racing her bike back home to tell her mom, “I thought he was beautiful and I will marry him some day.”

Four years her senior, Lefebre had other plans for high school and her young lunchtime love didn’t go anywhere at the time. They each roamed a different road en route to young adulthood.

High school diploma in hand, the future Mrs. Lefebre entered Edinboro University anticipating a career in marine biology. Her attention to the tide pools was divided by her love of music and soon she found herself at a band audition. Ready to show off her vocal talent, she glanced around the room at her potential band mates and noticed a familiar face, a face she once knew and once had a crush on. Sitting in on bass was none other than the man she told her mom she would marry… it was Dave. 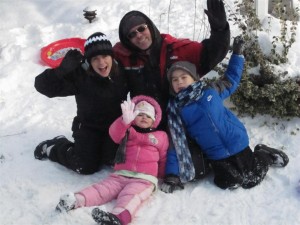 With the bass riff behind her, she sang, music played and love sparked. Their melodic meeting ignited love at second sight and materialized into an eight-year, dating relationship amidst their gigs as 65 South. Thinking about their dating years, Mrs. Lefebre said, “We started seeing each other in 1994 and in 2001 it was the first time we really felt we were ready; he was ready and I was ready; so we got married.”

Explaining she wasn’t really sure what their life together would hold Mrs. Lefebre said, “I didn’t know what Dave would do but he had never had a regular job; he fished all day and played music at night.” She continued saying, “I had no idea which one he would ultimately turn to but it didn’t matter because he was so awesome at music, he could play anything and write beautiful songs and he was an awesome fisherman too; winning so much already.”

Recalling that the possible absence of a regular paycheck didn’t cross her mind Mrs. Lefebre described that “there were some skeptics” but that didn’t bother her. “I worked 50-60 hours a week and had my own income so Dave’s wasn’t concerning; I had no doubts he would make it one way or the other, it was just a matter of time.”

As they shared the good news of their marriage with their families Mrs. Lefebre noted, “I cannot say my parents weren’t concerned about financial security but they had already known Dave forever and they loved him, so they were happy.” She talked about the issue of money in hindsight sharing, “We both grew up without much and you just don’t worry about things you have never known.” 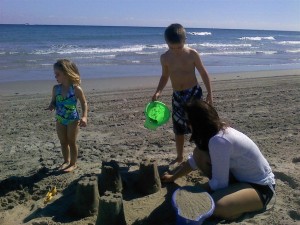 Mrs. Lefebre expressed her belief that, “God has a plan for all of us” and while to her it didn’t matter what her husband did for a career; to him “fishing came first”. Hence, her life as pro bass fishing wife began to unfold. “My marriage started out in 2001 in a trailer with an old truck and by 2002 we were going to have a baby.”

The New Year brought the Lefebres a new truck, a new camper, an FLW championship on the Mississippi, a second victory at Cayuga Lake and a new baby boy. At six months of age Mitchell rounded out the trio of Lefebres and they hit the road as a traveling family. “It was fun, exciting and we loved being together,” explained Mrs. Lefebre. She recalled how she could see the excitement in her husband as be began to compete against the “famous fishermen”.

The Lefebres have continued through the FLW circuit since 2003. In that time Mrs. Lefebre recalls the proudest moment of their fishing life as her husband’s 2004 first-place finish on Old Hickory Lake in Tennessee.

In 2006, they added another travel companion to their road family with the birth of their daughter Macy. Mrs. Lefebre loves the “camper life” and describes it as “quality family time”. She enjoys spending their time together, traveling and seeing the country. “I love being able to meet wonderful people from all the places we go; we have friends everywhere,” she stated. She treasures the opportunity to home school their children on the tour and enjoys being able to provide the whole family consistency in everyday life.”

Regarding the bass fishing family life she has lived thus far, she shared, “I know how lucky we are to be together and to have the opportunities that we do.” About their future, she said, “I know it will be centered around fishing; Dave will fish until he just cannot fish anymore.” She continued saying, “For me, my dream has already come true … to have a happy, healthy family and keep their life balanced.”