9/18/2011 – A couple of weeks ago, we ran a story here on Advanced Angler called Being Heroes and Spreading Joy. That story was about giving some of who we are back to people because we never know how much of an impact we will make, regardless of the size of our giving.

This past weekend was one of those instances where people do something in hopes of edifying and uplifting someone else, but in reality, the blessings wind up getting turned around. 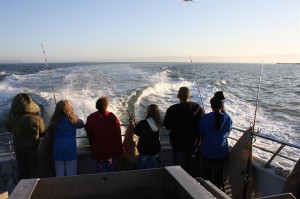 Background
The group was first presented to us by Mark Fisher, Director of Outdoor Sales for Wiley X Eyewear. Fisher, as a part of an outreach at his local church; Crossroads Church in Livermore, Calif., volunteers with a group of children in order to help befriend and invest in their lives.

Fisher was introduced to these kids by a woman named Lori Campbell, a teacher at the kids’ school, San Lorenzo Manor Elementary, a California Title 1 school. At the end of 2010, Fisher shared his story of this group with his friend and Wiley X pro staffer Skeet Reese, and his wife Kim. The balls were set in motion for an outing that occurred yesterday, on the waters of the San Francisco Bay; a fishing outing.

In order to make the outing as special as possible, Fisher reached out to some of his friends in the industry. People responded. Donations from Wiley X, Plano Molding Company, Okuma Fishing, Top Brass Tackle, B.A.S.S. and Skeet and Kim Reese, all arrived to treat the kids to a fishing day, on a boat.

Spending a day fishing was something that only a few of the 20 kids who attended had ever done, and being on a boat on any body of water was something that none of these children had ever been able to experience. When the Reese’s donated the day on the water by chartering the 50’ Captain Hook charter boat, at Emeryville Sportfishing; everything was set for a fun day. 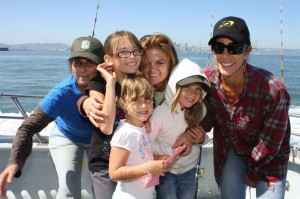 Little did we know that while the children would experience the outing of a lifetime for some, it would be the rest of us who were touched the most.

The Children
Ms Campbell calls them her “Hidden Treasures,” after verse 44, in the 13th chapter in the book of Matthew; which reads, “The kingdom of heaven is like treasure hidden in a field. When a man found it, he hid it again, and then in his joy went and sold all he had and bought that field.”

This is a group of children that society would like to provide labels to. The kind of terms that perhaps predestine children for the type of life that finds itself the script of a tragic movie; the stereotypical attempt to present things in a different light, or make excuses for our own inability to help.

To Ms Campbell, these precious lives are nothing more than children; people who are still in the process of growing, maturing and becoming the people they will someday be. To her and those who band together in love they are “Hidden Treasures;” they are that precious gift that bless us with their presence, a child, a small voice full of hope, laughter and innocence.

20 of them came, with eyes wide in excitement and fear of something new that they had no basis of understanding for. They boarded the Captain Hook and ventured onto the San Francisco Bay for an outing that would turn nervous anticipation into wonderment and joy. 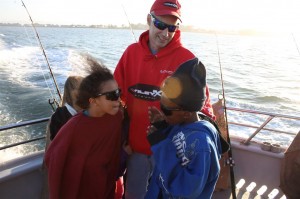 The Fishing
The bite was not great by any means. On any other day to have invested nine hours for a pair of undersized halibut, a small shark, a smelt, and two keeper halibut and one keeper striper would have been labeled a wasted day. On a day like yesterday, those types of results would add up to the experience of a lifetime for everyone involved.

Sure, there were many tangled lines for deckhands and hosts to resolve, and there were opportunities missed, but there was also the glistening smiles of children experience the wonderment of the new. There were bright smiles at the mere sight of a bait bucket full of anchovies, rods, reels and tackle bags filled with their own selection of goodies.

Had the outing resulted in hundreds of fish it would not have made any more of an impression to the children. Going for a ride on a power boat, seeing the other side of San Francisco and Oakland, touching live fish; whether baitfish or caught gamefish, and sharing it with an honest to goodness living legend of fishing; well, that just made for one of those days to remember.

Smiles of Joy
The moment of an outing such as this is so plainly apparent on the faces of children. The squeals of glee that erupt from their bodies as they experience or witness the catching of a fish are a sound to behold. The eyes wide open stare on their faces, mouth agape as they witness a halibut being filleted to be taken home for table fare, or the joy of bagged lunches with healthy main courses and treats for enjoying were all abundant.

All of these let us know how much they enjoyed their day; they were thanks enough for all involved I’m positive.

However, it wasn’t the children who were granted the true gift yesterday; it was those who gave, and those who witnessed. While companies, families and organizations donated their wares, their time and their finance; the children gave more. 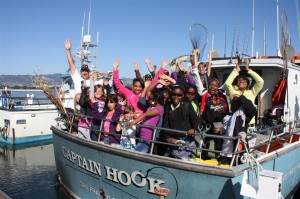 In being Ms Campbell’s “Hidden Treasures,” they planted so many of those in each of our hearts, and while we were attempting to spread some joy their way, they gave us more than we could have ever hoped for; the moment to experience our lives, our loves; through their eyes. 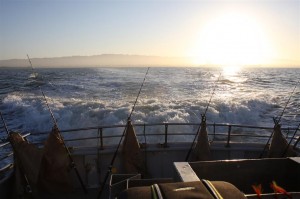 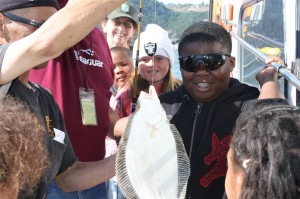 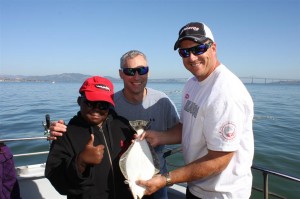 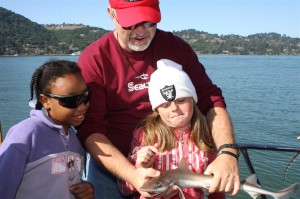 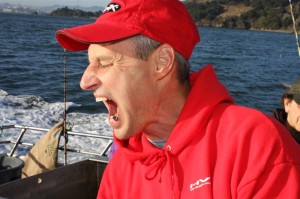 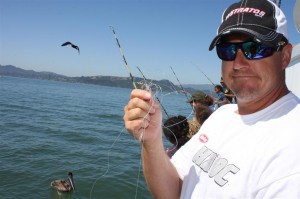 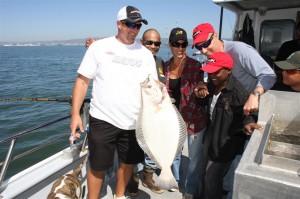 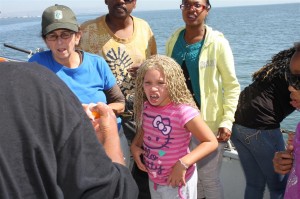 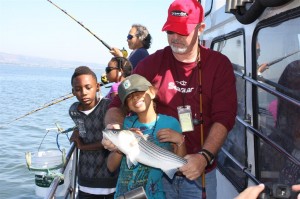 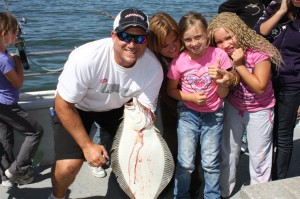