FLW Tour Pro Mark Rose of the National Guard team has earned a reputation as one of the best bass anglers in the country. His penchant for deep structure fishing has earned him major wins in FLW Outdoors competition, and at the PAA Corporate Cup in 2008. 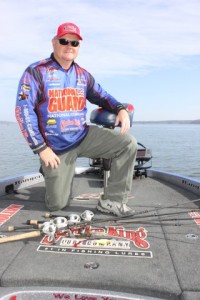 Rose, from Marion, Ark. is the consumate structure fisherman. His Ranger boat is equipped with dual Lowrance HDS10 fishfinders mounted side by side on the bow, and another HDS 10 with an in dash HDS 8 mounted into the dash. Having his boat equipped in such a manner allows him to see everything he needs to see in order to fish offshore.

His approach has earned him not only in the victory circle and in the pocketbook, but it has also earned him critical acclaim in the media as well. Rose currently ranks as the world’s third best angler on BassFan.com, and BassRankings.com has him listed at number two.

While Rose spends most of his offseason free time in a deer stand, he finds time to keep his fishing acuity sharp in the offseason as well. What that means is that he will be fishing in rather unseasonable conditions. While the bass angler may not enjoy the cold air temperatures of winter, to bass it may become even more uncomfortable.

Bass in wintertime can become uninterested in biting, and at times can be perceived as completely uncooperative. Rose has four things that he likes to do to combat those moods; depending on the position and mood of the bass.

Suspended and Active
Even when the water temperature is cool, bass will sometimes get into kind of an active mood. When they lift up off of the bottom and begin moving around chasing baitfish, Rose prefers to stay back from the fish and make fairly long casts to them. 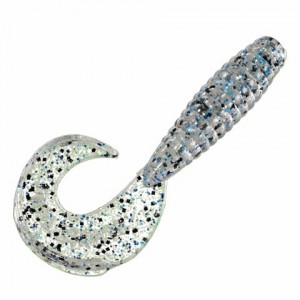 In this situation, he arms himself with a 7′ medium action Kistler Z Bone spinning rod and a spinning reel loaded with 6-pound-test Seaguar Invizx Fluorocarbon and a 1/4-ounce Strike King Tour Grade Jighead and a Rage Tail Grub in Smoke Blue color.

“A lot of times they will move up in the water column if the sun comes out in the afternoon and warms the upper layers,” said Rose. “When that happens, I prefer to cast at them with a light jighead and a grub. This is a feeding bite, and staying away from them helps me keep the school active.”

Suspended Inactive
This may be his favorite way to catch cold water bass – a jigging spoon. “The jigging spoon is my favorite when they are inactive and I can get on top of them,” he said. “I’m pretty simple, I like standard lead spoons in 1/2 to 3/4-ounce sizes and when it is sunny, I like a chrome finished one, when it’s overcast, I use a plain, unfinished lead version.”

He chooses a 7′ medium heavy action Kistler Helium LTA and a fast 7.1:1 retrieve speed reel for vertical spooning because he believes that keeping all of the slack out of the line after hookup is key to landing spoon hooked fish. He sticks with Seaguar Invizx Fluorocarbon line, and goes no lighter than 15-pound-test.

He makes a few modifications to his spoons to make them more effective. He attaches a swivel to the nose of the lure to help reduce line twist, and he increases the size of his hooks for the lure as well. He said his preferred hook style is an Extra Wide Gap treble hook, because it locks the fish into the gap and if there is little cover around, he will actually slide a free swinging size 4 treble on the line ahead of the spoon. He said that bass hooked on that one never come off because they can’t leverage the weight of the hook. He also usually has two rods at the ready because if he needs to drop a spoon quickly when the school is fired up, he has one ready to go. 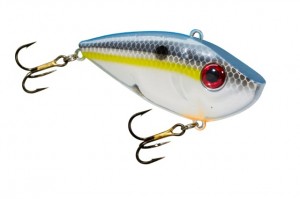 Sunny Day Active
On the Tennessee Valley River Authority Lakes he loves to fish; places like Pickwick, he said that bass can get really active and turn to running shallow to mid-depth sandy bars chasing bait as they frolic in the warming sun. When that occurs, Rose turns to a Red Eye Shad lipless crankbaits in one of the chrome finishes.

He makes long casts parallel to the bar looking to intercept the bass as they roam the edges in search of food. Depending on the depth of the water he is fishing, he will select a the 1/4-ounce version for shallower water and the 1/2-ounce version for deeper water. One of the keys to this bait is to stutter the retrieve, allowing it to pause and flutter between retrieves helps fish believe there is a dying baitfish overhead.

Deep Feeding
On certain days, when the current is moving and the bass have had some warming effect from a few days of sun, they will move around deeper flats, ledges and bars in search of food. When that occurs, Rose turns to a3/4-ounce Strike King Tour Grade Football Jig and Rage Craw.

“This is my lure for when bass are on the feed, or especially when I’m targeting smallmouth,” he said. “I really like to make long casts and drag the jig along the bottom hoping to make them respond to the big jig.” he opts for a 7’1″ medium-heavy Kistler Z Bone rod and 12 to 15-pound test Invizx line with the same high speed 7.1:1 reel that he uses on the spoon. 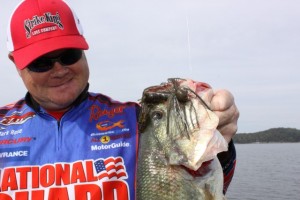 “I use a green pumpkin jig with a green pumpkin Rage craw 95-percent of the time,” he said. “It gives me a crawdad profile on the bottom and can be picked up in water that is clear to stained.”

Final Tip
Rose said to make sure anglers knew that the combination of muddy and cold water makes for a very frustrating day of fishing. “Bass will strike in clear, cold water,” he said. “But, if it’s cold and muddy, you’re better off spending time with the family or going hunting- those two factors don’t go well together.”