Some Fishing Regulations Need to Change 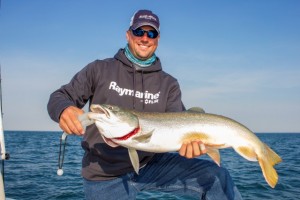 While regulations for releasing fish hooked outside the mouth are meant for those like this Lake Trout, they can effect bass anglers – photo by Dan O’Sullivan

This past week at the Bassmaster Elite Series event in Detroit on Lake St. Clair has shone a spotlight on a ridiculous type of rule that absolutely must be changed. The truth is that it’s been more than this past week, but also at the St. Lawrence River event in Waddington, and all the way back to the 2007 event on Clear Lake.

The regulation I’m speaking about is the one that states that a fish hooked outside of the mouth must be released. It is a ridiculous regulation that should have no impact on a bass fishing event; with the notable exception of when anglers are sight fishing for bass.

As a tournament angler, I lived under the exact same regulation when I lived in California. When fun fishing, meat fishing or competing in a tournament, anglers in the state of California would have to a release a fish that struck a lure, but foul hooked itself. The regulation caused Steve Kennedy to have to release his largest fish of the 2007 Clear Lake event, and it cost angles at the St. Lawrence event this year as well as this St. Clair event.

The whole thing comes down to context and intent that the lawmakers of this great land seem unable to find a way to creatively and clearly write that can create the necessary exceptions to their rule. The regulation is set up to protect salmon and steelhead as they migrate upriver to spawn. What less than scrupulous anglers would do is drift a large treble hooked offering with some beads along the bottom until they came into contact with a fish, then they would snatch the rod bag, impaling the large treble hook around the fish’s head, but not inside the mouth.

I completely understand the need to protect game fish of all species from anglers who would intentionally snag fish. But in the case of a fish that is actually aggressively pursuing a lure, and then strikes only to be hooked outside the mouth – as often happens in bass fishing – that fish should be a legal catch.

I heard plenty about the regulation this past weekend, but the most dramatic story was from James Niggemeyer. The Van, Tex. pro had a solid day one with 15, pounds, 1-ounce and sat in 63rd place; in position to cash a check and qualify for the Toyota Angler of the Year Championship event in September. He struggled throughout the day and with a couple hours left, made an adjustment and started getting bites on a Strike King crankbait. 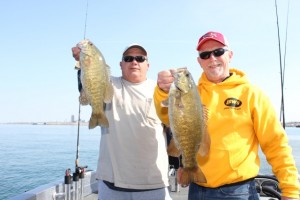 He caught a heavy five pounder, a heavy four pounder and another over three pounds – all had to be let go because they were hooked just on the outside of the lips. He ended his day with four fish for just over nine pounds and it dropped him to 93rd place in the standings.

As one could imagine, Niggemeyer was very disappointed with the outcome because not only did it ruin the tournament for him, but it knocked him out of the standings for the Angler of the Year Championship event; the total loss of income totals a minimum of $22,000. That amount factors in the $10,000 check from the Elite Series event and the minimum of $12,000 that he would have earned at the AOY Championship.

Niggemeyer was not the only one, there were many others, and the regulation actually becomes the deciding factor in an event, as opposed to the decision making and execution of the participants. To me that kind of occurrence is no different than hitting a game winning home run then having the result nullified because of some regulation that dictated how far you can or cannot choke up on the bat. In actuality, it reminds me of gymnastics, diving and even FBS college football; which takes the settling of the outcome away from the playing field and the participants.

These kinds of regulations need to be re-written, and the organizations and anglers need to continue to step up and push for these types of things to be more specific about what they are actually targeting. Niggemeyer shared with me what Gary Klein told him about the regulation, and it is absolutely the best explanation of it thus far. The truth is there is a huge difference between “snagging” and catching fish that are “foul hooked.” A snagged fish shows intent by the angler to hook a fish not interested in your lure and a foul hooked is a fish clearly came for your lure, but not hooked in the mouth.

There will always be individuals who want to skirt the regulations to try and illegally gain an edge in their competition, or put food on their table. Hopefully, the organizations can work with the different state agencies to get together and write some regulations that make sense.