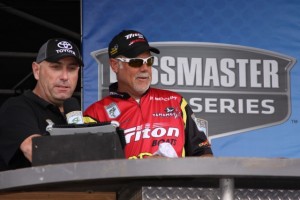 I have never been a fan of the “home field advantage” in bass fishing. As long as I’ve been following the sport, it seemed that for the most part, those who are expected to win because they live in proximity to the body of water, usually don’t. I’ve had a few exceptions to that rule over the years, but for the most part, I just do not believe that home field knowledge is an advantage as a rule.

In fact, I tend to think of it as more of a disadvantage.

My theory may not always play out on every day of a tournament, but typically, by the final day of an event, the pressure of being in position to win on a home lake can weigh so heavily on an angler, that they start making decisions based on history, instead of current decisions.

The other thing that happens is that an angler decides that he knows what is going to win a tournament, and he chases that pattern all the way through practice and never makes the adjustment to a subtle part of it that can help dramatically.

Historical Examples
There have been many examples of this in the past. Leading up to any major tournament, many of the media and the fans begin talking about who they could expect to be holding the trophy at the end of the tournament. Usually, one of the first reasons stated is the fact that they “know the lake.” 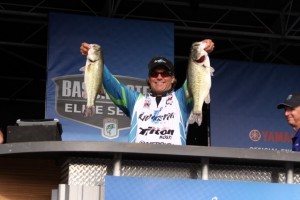 Examples of that phenomenon occur each year. We’ve seen it with Skeet Reese at Clear Lake, Randall Tharp at Guntersville, Jason Christie at Grand Lake, and the list goes on in both the FLW Tour and the Bassmaster Elite Series.

I’ve had this conversation with my friend Ken Duke of Fishing Tackle Retailer Magazine. Ken is the keeper of all things history in the sport of bass fishing. His efforts over the years have given us the ability to know trends that have occurred since the beginning of the sport.

His statistical observation confirmed my suspicions that, as a rule – with few exceptions – a local favorite can be expected to have a mediocre to solid finish, but that they rarely win. My theory is that there is too much history in their minds and that they cannot separate it from the current conditions enough to follow the conditions.

Christie confirmed that fact for me during a postgame interview following the 2013 Bassmaster Classic at Grand Lake in Oklahoma, and again when the Major League Fishing Selects went to Fort Gibson Lake, which he also has a ton of experience on. As great an angler that Christie is, he revealed that there were times that he was unable to separate things in his head, and that he ended up running spots he had done well on, as opposed to fishing a current pattern.

The only angler I have ever felt strongly about being able to win on his home lake was Casey Ashely at this year’s Bassmaster Classic. Ashley has shown that he can avoid the local pitfalls during events in South Carolina, and being able to do that allowed him to make the necessary adjustments to win the event. However, he is a huge exception to the rule. 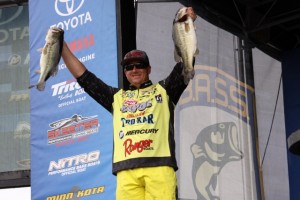 Recent Example
Last week, the Bassmaster Elite Series was on Lake Guntersville, and my theory was played out before me, and written about by 2007 Bassmaster Classic Champion Boyd Duckett in his “Duckett Perspective” blog here on Advanced Angler the evening after missing the top 50 cut on a lake he lives on.

Duckett pointed out that all of the anglers – with one exception – who called Guntersville a home lake finished in the middle of the pack. Some of them barely making the top 50 cut, but others missing it. Gerald Swindle, Justin Lucas and Tim Horton made the cut in spots 47 through 51, but Aaron Martens, Randy Howell, Kevin Hawk, Chris Lane and Duckett himself, all missed the top 50 cut. Of all of the anglers that live within a short drive of the event, only Derek Remitz had a high finish, winding up in third place overall.

Duckett said it himself in his column; to paraphrase, he said the fish were not where they SHOULD be. He spent his tournament fishing the drains where fish filter out of the spawning areas back towards the main lake, but the fish had not gone through their spawn cycles in enough numbers to make that pattern a true reality.

In actuality, what happened was that the cold, longer winter that the Southeast went through has kept the fish at bay from fully committing to the spawn, and the whole process has been delayed a bit. Reese won the tournament fishing shallow laydown logs with a large swimbait, as did Byron Velvick who finished second and Remitz who finished third. In fact many of the anglers that did well were targeting shallower areas where they could contact fish moving in or out of the spawning areas.

To be fair, Lake Guntersville can be sort of an equalizer. Much like Lake Mead in the Nevada desert; which is viewed as a lake with no true local advantage, Guntersville has been on the B.A.S.S schedule more than any other lake in the Elite Series era. In total, including this last week’s event, Guntersville has hosted six B.A.S.S. events, with Kentucky Lake to host its fifth event at B.A.S.S. Fest later this year. So, the lake can have the same effect on any of the anglers because they have spent so many days on it. 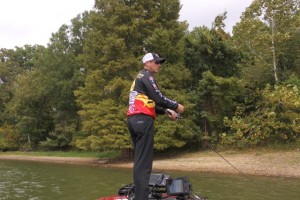 What to Do?
For any angler to truly be effective at winning tournaments, or just being the best angler possible; whether competing in tournaments at all, they need to remain current with the conditions. While it can be helpful to know lure types or colors that are effective on your body of water, try to avoid getting stuck in a rut.

If you are the type of angler who talks about your “favorite” or “secret” spot on the lake, then you are doomed to fall into the category of angler who only catches fish when they happen to be in your area.

Learn the seasonal patterns of the fish in general, and try to stay current with the conditions, and your fish catching quotient will likely improve. Try to keep your slate clean and your mind open to making some decisions on the fly, and you will likely catch more and bigger fish. Learn to develop a pattern instead of a spot, and you’ll fish cleaner.

At his best, Kevin VanDam has always known he has had to locate new water every day of an event. The amount of spectator boats that stay behind to fish the water after he moves on to a new spot has always been one of the factors he has to consider.

Also, Reese won the Lake Guntersville event by basically pre-fishing each day of the tournament. He said on stage after receiving the trophy that he had a base understanding of what he needed to look for, and then started each day trying to duplicate it in a general area of the lake. In doing so, he found several areas that he could come back to and catch fish again, but had he not kept himself free to move, he would not have won.