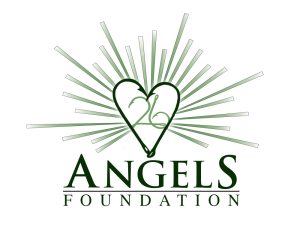 Over 700 invited guests, fishermen and volunteers filled Danbury Town Park this past Sunday to support the students and families of The Sandy Hook School. The event was put on by the 26 Angels Foundation.

The lead teacher at The Sandy Hook School, Natalie Hammond and her husband(Jerry), decided that they wanted to help the community that they both care for greatly. The
Hammonds called on friends from the Connecticut fishing community and area businessmen to fill the neededpositions on the foundation’s board.The foundation was established with the help of fishermen and businessmen that have the goal of helping the Newtown community.

The 26 Angels Foundation will identify specific individuals, within the Newtown community, and offer assistance through the foundation’s fundraising efforts. The hope of the foundation is to provide peace of mind and support to all children, families, residents and the overall community of Newtown.

The event was the foundation’s first event since it was formed. The students of The Sandy Hook School and their families were treated to both fun and activities while at the park.

The day started with a beautiful rendition of The Star Spangled Banner, sung by Danbury High School freshman,Alexandra Prendergast. There was then a moment of silence as 26 green and white balloons were released to honor the 20 students and 6 adults that were lost in the Sandy Hook tragedy. This was followed by the take-off of the 86 anglers (46 teams) that were taking part in a fishing tournament on Candlewood Lake.

As the morning went on, children and their families were greeted by Hammond, teachers from the school and over 140 dedicated volunteers. The children and their families ran to the bounce houses, while others were attracted to the glow of 300 bright yellow fishing rods and reels that were lined up for each child to use while fishing on the beach.Each child was given a rod and reel to take home with them when they left the park.

Other children and their families were drawn to events that includedthe playscape, birds of prey, a magician, cupcake decorating, temporary tattooing, face painting, and a scavenger hunt.

Families were fed during the day by 15 firefighters, from fire departments in New York, who gave their time and their grills. The grillmasters cooked all day with the remaining food being delivered by some of the 26 Angels’ board members to the Danbury Homeless Shelter.

The final event of the day was the weigh-in for the fishing tournament. This tournament was unlike most others because there was no monetary prize. The teams paid an entry fee, which was a donation, to the 26 Angels Foundation. Ed Groballi and Dave Maiorano won the 1st Annual 26 Angels Foundation Non-Tournament, Tournament with a total weight of 18.90 pounds for 5 fish. Their names will be engraved on a trophy that will be kept at the new Sandy Hook School. Each year, the winning team will have their names placed on the trophy.

Teams fishing the tournament were given a valuable prize bag for their participation. These bags were filled with merchandise that was donated by many of the event’s sponsors.

The event was a major success. The 26 Angels Foundation would like to thank the City of Danbury, Mayor MarkBoughton, the Connecticut DEEP (Inland Fisheries, Bill Forman, Peter Aarrestad), the Connecticut Econ Police Keith Williams), the Candlewood Lake Authority (Mark Howarth), the Danbury Town Park & Recreation Department (Nick Kaplanis), the Police Athletic League (Art Haddad),Abbott Tech(Jonathan Nadeau),all anglers, the volunteers and all of the event’s sponsors for helping to make the event possible.