BIRMINGHAM, Ala. — Since the Bassmaster Elite Series made a two-week trip to the West Coast back in 2015, fans of the sport have been clamoring for the world’s premier bass fishing circuit to return to that region. 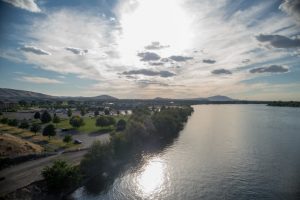 Now, they’re about to get their wish.

B.A.S.S. officials unveiled an action-packed 2019 Elite Series schedule today that includes a Western swing in mid-June with back-to-back trips to Sacramento, Calif., for an event on the California Delta and to Tri-Cities, Wash., for a tournament on the Columbia River.

The Columbia River will be one of three first-time destinations for the Elite Series, along with Lake Lanier in Georgia and Lake Hartwell in South Carolina.

“We couldn’t be happier with the schedule we’ve put together for 2019,” said B.A.S.S. CEO Bruce Akin. “This lineup of events will be exciting and challenging for our anglers — and for fans of the sport, it literally has something to offer from coast to coast.”

The slate will have a familiar kickoff venue, as the Elite Series returns Feb. 7-10 to the St. Johns River in Palatka, Fla. — the site of the 2016 season opener where Missouri superstar Rick Clunn recorded one of the more memorable victories in B.A.S.S. history. Just four months shy of his 70th birthday, Clunn brought 31 pounds, 7 ounces of bass to the scales during the semifinal round and eventually became the oldest angler to win an Elite Series event with a four-day total of 81-15.

The St. Johns River has been a regular destination for B.A.S.S., with the organization visiting 20 times for major events since 1973. 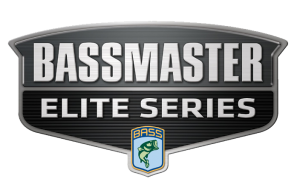 From Florida, the schedule will shift to Lake Lanier in Gwinnett, Ga., Feb. 14-17 — a venue that has hosted eight major B.A.S.S. tournaments since 1983, but never an Elite Series event. The 37,000-acre fishery on the Chattahoochee River has long been known for producing giant spotted bass.

Takeoffs and the first two daily weigh-ins will be at Lanier Park, one of Georgia’s famed Mega Ramps. The Bassmaster Expo, along with the semifinal and final weigh-ins will be held at Coolray Field in Lawrenceville, Ga., home of Gwinnett Stripers, the Triple-A affiliate of the Atlanta Braves.

After Lanier, the regular-season schedule will pause for the 2019 Bassmaster Classic presented by DICK’S Sporting Goods in Knoxville, Tenn., March 15-17. When the slate resumes April 4-7, it will move to another venue that is new for the Elite Series slate, but very familiar to many anglers on the circuit — Lake Hartwell in Anderson, S.C.

Located on the Georgia/South Carolina border, Hartwell has hosted five major B.A.S.S. events, including three Classics. This year’s Classic was held on the lake in mid-March and drew 143,323 fans — a record for the Super Bowl of Bass Fishing.

The circuit will remain in South Carolina, shifting to the coastal estuary of Winyah Bay in Georgetown, April 11-14. Winyah Bay, which is the confluence of the Waccamaw River, the Pee Dee River, the Black River and the Sampit River in Georgetown County, hosted an Elite Series event in 2016 — a tournament that drew one of the largest crowds in Elite Series history with 27,500 people taking in the action.

The move toward the West will begin May 2-5 with the annual Toyota Bassmaster Texas Fest benefiting Texas Parks & Wildlife Department. The fishery and host community for that event will be announced at a later date.

On May 16-19, the Elite Series returns to Fort Gibson Lake in Oklahoma. The 19,900-acre fishery has hosted three major B.A.S.S. tournaments, including a 2010 Elite Series event that was won by Oklahoma’s Tommy Biffle.

The Cherokee Casino Tahlequah will be the title sponsor and host of the tournament, and weigh-ins for days 3 and 4, along with the Bassmaster Expo, will be at the casino.

From there, it’ll be time to head for the West Coast, as the schedule shifts to Sacramento, Calif., and the California Delta on June 13-16. The takeoff site will be at Discovery Park in Sacramento, in the center of good bass fishing waters. But if history serves, most anglers will make the 90-minute run down the Sacramento River to the bass fishing paradise that is the California Delta.

The pros will then travel up the West Coast to another first-time Elite Series destination, the Columbia River in Tri-Cities, Wash., on June 20-23. The Columbia is one of the more diverse fisheries in the United States, with large annual runs of chinook and coho salmon, trophy-sized steelhead and excellent fishing for largemouth and smallmouth bass.

B.A.S.S. has visited the Columbia River for four Bass Pro Shops Bassmaster Opens in the past — but not since 2003 and never for an Elite Series event. Tournament Director Trip Weldon said the thought of making yet another new stop on the Elite Series is exciting.

“As we’ve seen this year with trips to Lake Travis in Texas and Lake Oahe in South Dakota, it’s a great thrill to hold a tournament on a lake that is basically unknown to most of the Elite anglers,” Weldon said. “An event like the one on the Columbia River will certainly be challenging for our anglers, but it’ll be exciting as well — and it will provide a very level playing field.”

The Toyota Bassmaster Angler of the Year race will be coming down the stretch when the Western swing is over, and the regular season will conclude at what has become one of the Elite Series’ signature settings — the St. Lawrence River in Waddington, N.Y.

“We’ve had a great relationship with the Village of Waddington, and the events we’ve held on the St. Lawrence River have been some of our most successful ever,” Akin said. “Every time we visit there, we’re greeted by huge crowds and excellent hospitality.”

The dates and locations for the Elite Series’ annual postseason events — the Toyota Bassmaster Angler of the Year tournament and the Bassmaster Classic Bracket Tournament — will be announced at a later date.