EUFAULA, Ala. — Finally, after the longest unplanned break in B.A.S.S. history due to COVID-19 precautions, the Bassmaster Elite Series will resume tournament action next week. 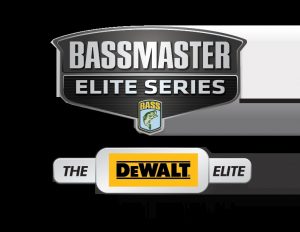 Perhaps fittingly, the schedule’s restart point will be at one of the most storied lakes in professional bass fishing history.

The DEWALT Bassmaster Elite at Lake Eufaula will feature competition Wednesday through Saturday, with daily takeoffs at 5:25 a.m. CST from Lakepoint State Park and weigh-ins back at the park each day at 2 p.m.

Like always, the real-time action will be carried on Bassmaster LIVE at Bassmaster.com from 7-10 a.m. and from 11 a.m.-2 p.m. But for the first time, multiple hours of coverage will also be broadcast live on ESPN2. Check your local listings for details.

The pairing will offer unprecedented exposure for the Elite Series and for a noted bass fishing paradise that has been on a dramatic upswing for several years.

“Eufaula is just a special place for me with it being in Alabama,” said Elite Series pro Matt Herren of Ashville, Ala. “I can remember a time when you couldn’t get a hotel room anywhere down there on Friday, Saturday or Sunday — it was a choice destination for fishermen from around the country.

“It’s changed a lot through the years, but it’s been on fire lately. It’ll be a great tournament at a great place that people need to know more about.”

Lake Eufaula is a beautiful Chattahoochee River fishery that covers 45,180 surface acres. Also known as Walter F. George Reservoir, the waterway extends from the shoals in the Phenix City, Ala./Columbus, Ga., area to Walter F. George Lock and Dam, which is operated by the U.S. Army Corps of Engineers in Fort Gaines, Ga.

The city of Eufaula is known throughout the fishing industry as the hometown of legendary angler and lure designer Tom Mann. It’s the home of Mann’s Bait Company and the Johnson Outdoors location where Humminbird electronics are produced.

Leroy Brown, a famous bass that once dazzled visitors in the giant aquarium at Tom Mann’s Fish World, is memorialized with a statue in the town square. Legend has it more than 1,200 people attended the fish’s funeral when a heartbroken Mann found it floating dead in the tank.

B.A.S.S. has visited Lake Eufaula 16 times for major events, but not since 2006 when Ryan Ingram won the Southern Open with a three-day total of 41-18.

The lake, which was once known mostly as a ledge fisherman’s paradise, has developed a plentiful supply of aquatic vegetation, which has made shallow-water fishing an attractive option for much of the year. Anglers also have the option of running all the way up to the Phenix City/Columbus area and fishing current that has been known to produce big shoal bass, in addition to the lake’s tremendous populations of largemouth and spotted bass.

“I think the lake is big enough that it will kind of swallow up our field,” said Herren, who earned his first plaque from B.A.S.S. for finishing 44th in the Bassmaster Alabama Invitational on Eufaula in 1994 and then won a B.A.S.S. National Federation Divisional Tournament on the lake in 2000. “I think there may be a few deeper spots on the ledges that will congregate some people. But for the most part, our guys will be able to fish any way and anywhere they want and still catch fish.”

Elite Series veteran Kelley Jaye also has some history on the lake, living just over an hour away in Dadeville, Ala. He finished sixth in an FLW Outdoors event held on Eufaula in 2013.

Jaye started the 2020 Elite Series season on a high note, leading the first two days at the season opener on the St. Johns River before finishing third in a three-day, weather-shortened event.

That may seem like forever ago now, since the next event on Chickamauga Lake was postponed due to flooding, and then the season was put on hold for three months due to the COVID-19 outbreak. But Jaye says he still believes he carries momentum into the long-awaited second event of the season — and he thinks the shift to later-season tournaments could benefit him greatly.

“I think it could really kind of play into my hands because I’ve fared pretty well on all of the Alabama lakes over the course of my career — just because I’m familiar with all of them,” Jaye said. “The rest of the season is setting up well for me too with all of these fall events. I usually always catch them in the fall jerking.

“I think I can have a pretty good season as long as all of the wheels stay on straight.”

The usual 88-angler field will be one short as Yusuke Miyazaki is taking a hardship waiver for this event after being unable to leave his native Japan due to COVID-19. The full field of 87 anglers will fish Wednesday and Thursday, with only the Top 40 advancing to Friday’s semifinal round. After Friday, the Top 10 will advance to Championship Saturday with a chance at the $100,000 first-place prize.

Several social-distancing and safety measures will be used to comply with state and federal guidelines and help keep everyone in attendance safe from the spread of COVID-19. But like all B.A.S.S. events, daily takeoffs and weigh-ins are free and open to the public.
2020 DEWALT Bassmaster Elite At Lake Eufaula Title Sponsor: DEWALT

About B.A.S.S.
B.A.S.S. is the worldwide authority on bass fishing and keeper of the culture of the sport, providing cutting edge content on bass fishing whenever, wherever and however bass fishing fans want to use it. Headquartered in Birmingham, Ala., the 515,000-member organization’s fully integrated media platforms include the industry’s leading magazines (Bassmaster and B.A.S.S. Times), website (Bassmaster.com), television show (The Bassmasters on ESPN2 and The Pursuit Channel), radio show (Bassmaster Radio), social media programs and events. For more than 50 years, B.A.S.S. has been dedicated to access, conservation and youth fishing.