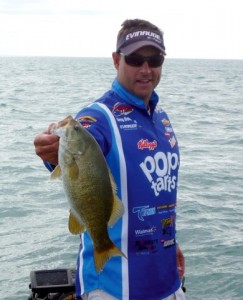 Bohannan has 14 top-10 finishes since 2005 including an Everstart victory and a notable runner-up finishes at the both the 2007 and 2008 Stren Series Championships.

According to Bohannan, it was a friend that clued him in to Denali’s quality rods. “I’ve got a buddy in a tournament organization that I work with that is a mutual friend of Denali owner, Scott Estes. Through fishing with him and actually using the rods a couple times, I was really impressed. I decided to approach Scott about working with them this year, and we really hit it off, so I couldn’t be more excited about fishing with them this season.”

Though he hasn’t had the full complement of rods for very long, Bohannan has been working pretty hard on the water dialing them in and has a couple of initial impressions. “The thing I’m most blown away with is the Denali rods sensitivity and minimal weight. I think those factors; along with durability are the most important features of a rod, so I’m looking forward to a long relationship with Denali.”

Denali president Scott Estes is also excited to have Greg join the staff. “We are very proud of the professional team we have assembled to represent our brand, and Greg is another fantastic addition. Once we started talking, it was apparent that we share some of the same goals both on and off the water. We’re excited to add Greg to the staff and look forward to him having a great 2013 season.”

Founded in 2009, Denali has seen a rapid rise in sales and exposure despite a tough economy. That is a testament to the company’s dedication to quality, product development and customer support. Denali offers three complete lines of quality rods starting at $99.99 and their rods come with a limited lifetime warranty against material and workmanship defects. For more information about Denali Rods, go to www.denalirods.com.