​I hate to keep saying the same thing. I’ll 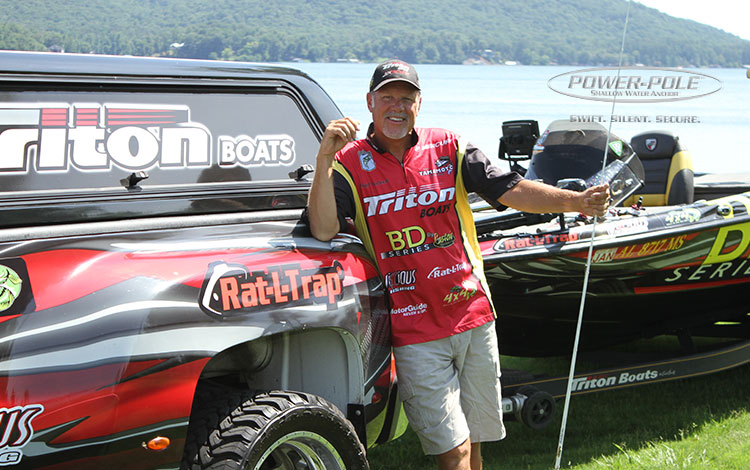 try to do it this
time with a different spin.

Here’s the same thing, though. For the sixth time in the
past 10 years, I’m going into the last full-field regular season Elite Series event
of the year needing to move up in the standings to get into the Bassmaster
Classic. Five times I’ve been able to do it.

I can usually move up because I really don’t mind the
pressure of competition. In fact, I kind of like it. It’s one of my problems as
a pro angler, in fact. I’m confident enough that I think I can deliver when I
need to. I say it’s a problem because nobody can do that all the time.

My situation right now, heading into the final Elite Series
regular-season event, is that I’m in 51st place. I obviously need to
move up one place to get into the Angler of the Year event, which only takes
the top 50 anglers in the points race.

The event is on the Mississippi River at LaCrosse,
Wisconsin. That’s good, because I like river fishing. The more realistic
situation, though, is that I believe I need to finish in the top 30 at LaCrosse
and move up eight places heading into the Angler of the Year tournament. I say
that because it’s harder to move up in that last event. It only has 50 anglers,
and they’re the 50 at the top of the standings. Your chances of moving up are
cut in half – at least. So I need to move now.

Another thing I’ve said a lot of times in these columns is
that competitive fishing is a game of ounces and inches, not pounds. I’ve made
the Classic field on both sides of that equation. I’ve barely made it a couple
of times, where a few ounces here or there, or a different decision sometime
during the season, would have sunk my chances.

I’ve also been on the short end. One year I missed by an
ounce.

In fact, I finished in 51st place this year at
Cayuga. That’s one place out of the cut – one ounce away from getting a chance
to fish on the third day. The statistical likelihood is that I would have moved
up at least a few places and gathered some needed extra points on that third
day.

I might end up missing the Classic by several places in the
standing, and the end result might not look all that close. But… what if I had
caught a bass at Cayuga that was three ounces heavier and then had a great Day
3?

All you can do is move on and keep the failures and missed
opportunities out of your head.

So what about the Mississippi River? How do you prepare?

The answer is that you do as much research as you can, since
we’re not allowed to practice until the week of the event.

I have a lot of knowledge about river fishing and enough
experience around LaCrosse to know the water. We’ve not only fished LaCrosse on
the Elite Series, Major League Fishing has filmed in LaCrosse.

Knowing the river and the tendencies, however, doesn’t give
me any significant advantage. Almost every angler on tour knows the same things
I know, and all the anglers will be doing the same type of research.

Beyond what baits we’ll use and knowing where the shallow
and deep water are and if a particular phase of the spawning cycle will be in
play, we’ve all got to know some other basics:

The guesswork involves how many boats are going to
congregate in any particular area. Specifically, what will the scene be at Lake
Onalaska?

There will be plenty of decisions to make on the fly.

I know that I can catch plenty of fish. I could catch a lot
of pound-and-a-halfers. That’s good for Major League Fishing, but it won’t cut
it when I’m trying to move up the board at a Bassmaster event. I’m going to
need big fish.

All I can say, we’ll see how it plays out. I hope I can find
some big ones.