Alan McGuckin from Dynamic Sponsorships has been a longtime contributor here on Advanced Angler and sites all over the Internet with his column that highlights life on the Bassmaster Elite Series.  He has given us stories with many of the pros that make up the team of anglers representing Toyota, Quantum, Boat U.S. and Carhartt over the years.  this year, McGuckin has decided to provide us a new concept, his 5,4,3,2,1 photo essays will share something from several of the pros at each event. 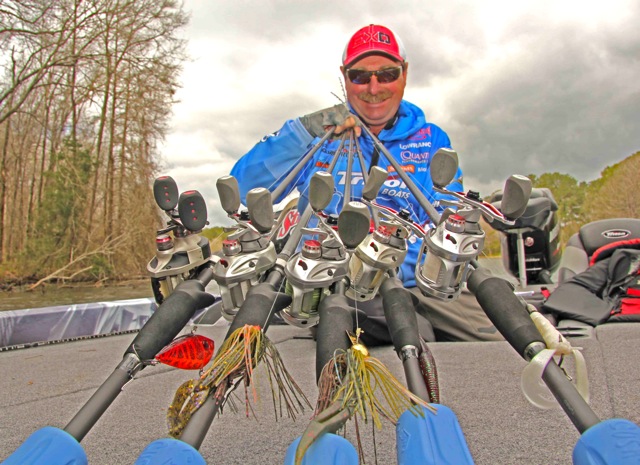 Five lures Shaw Grigsby will have tied on today as he tries to follow-up the amazing 30-pound, 5-bass limit that he caught on Day One to take the lead at the Bassmaster Elite Series event on Lake Seminole yesterday. His selection includes a Red Eye Shad, a swim jig, a Rage Blade, a Cut R worm, and a white Strike King Rage Craw on a huge 7/0 Trokar hook. 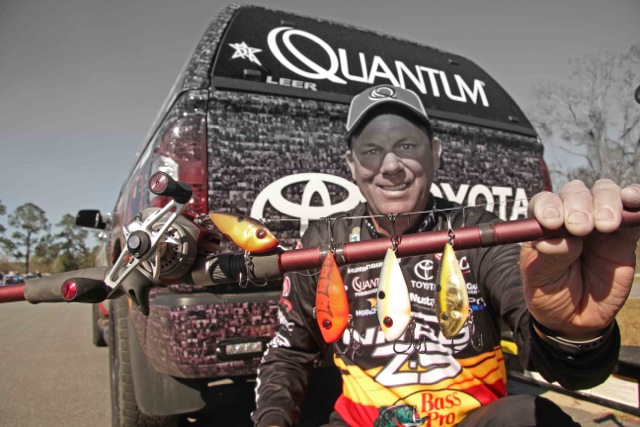 Four colors of Red Eye Shad lures that KVD is carrying on Lake Seminole. He graciously explains when anglers should choose each. Carp color (hooked to reel) a great early spring color when water is stained. Chili Craw anywhere in early spring from Michigan to Texas. Sexy Shad for slightly stained water when shad are present. Gold Sexy Shad for clear water when shad are present. VanDam typically throws these lures on 17-pound fluorocarbon with a TKVD705MB rod. 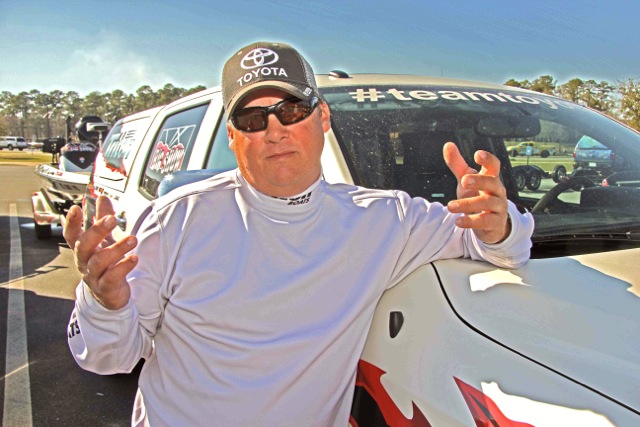 Three things Terry “Big Show” Scroggins will try to do better Friday, on the heels of a bad Day One that left him in 75th place. 1.) Get an earlier takeoff number that will hopefully help him avoid sharing bedding fish with competitors. 2.) Take advantage of warmer temps that should lead to improved fishing. 3.) Adjust quicker to whatever weather changes take place throughout Friday. 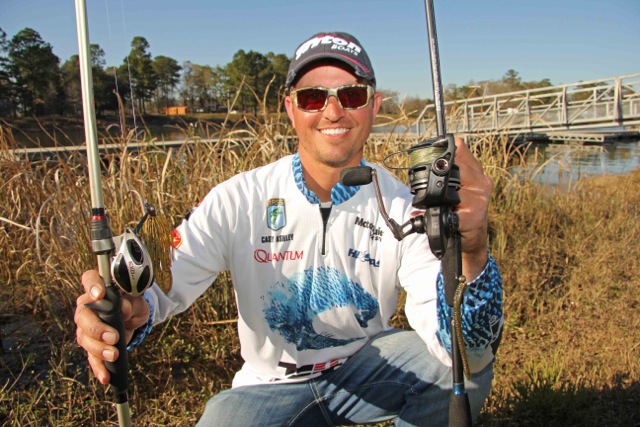 Two set-ups that helped Casey Ashley win $100,000 last week on Lake Hartwell. His biggest fish bit a green pumpkin jig tied to a Quantum EXO baitcaster, but a size 30 Smoke Spinning reel rigged with a shaky head was critical to completing his 5-bass limit each day. 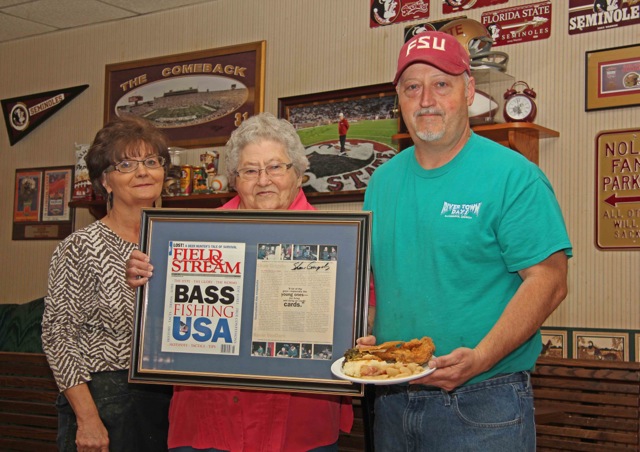 One place tournament leader Shaw Grigsby eats breakfast nearly every morning he’s at Lake Seminole is Betty’s Cafeteria. Located at 1500 Dothan Highway in Bainbridge, just a short hop from the launch ramp, you’ll find Shaw there nearly every morning, along with founder Betty, her daughter Lois, and son Mike. An old Field & Stream story autographed by Grigsby hangs framed on the wall, along with lots of Florida State signage. They’re also open for lunch.