Now that the Bassmaster Elite Series has made its third stop of the year and at Table Rock Lake, the rest of the contingent that accompanies the tour is there.  The myriad P.R. agents and sponsors that attend each event contributes to the story being crafted by the anglers on the water.  One of the best at helping tell the tale is Dynamic Sponsorships’ Alan McGuckin.

So, here is Guck’s photo essay from Table Rock. 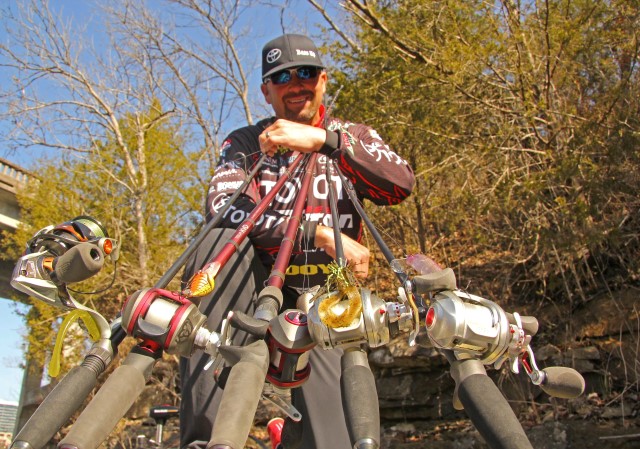 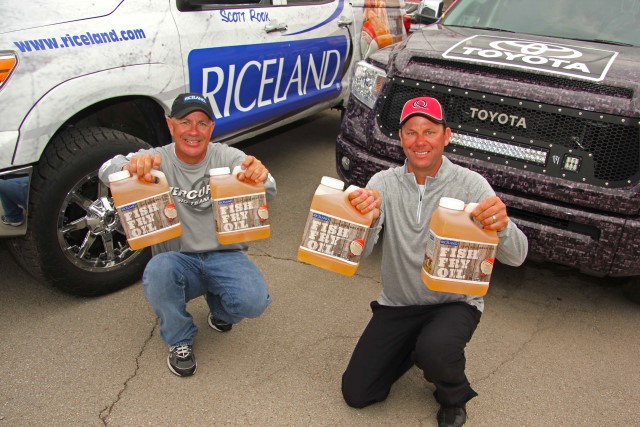 Four jugs of Riceland fish fry oil were used by Elite Series pros Scott Rook and Kevin VanDam to cook all the delicious Arkansas crappie Rook hauled from his home in Little Rock to provide a lakeside fish dinner at Table Rock this past Monday night. 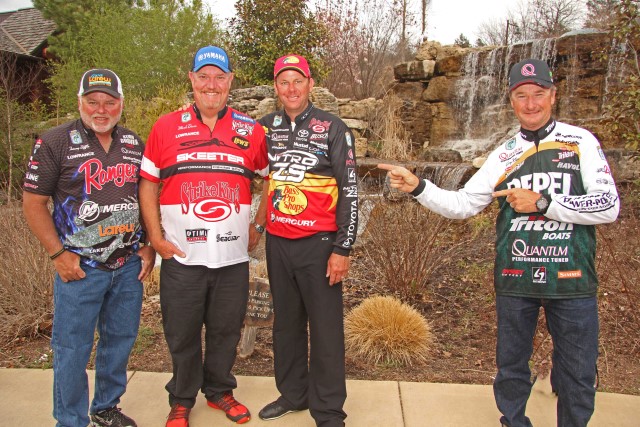 Three pros Gary Klein said he would choose for a Bassmaster Fantasy Fishing team here at Table Rock. Tommy Biffle – “because I’m certain he’s winding a Biffle Bug, and they’ll eat it on this lake.” Mark Davis – “he’s won here before, highland reservoirs play to Mark’s style, plus, he’s on a roll, leading the Toyota Bassmaster Angler of the Year points right now.” Kevin VanDam – “this is one of the few lakes Kevin knows a ton about, but has never won on. He’s due. Table Rock owes him one.” 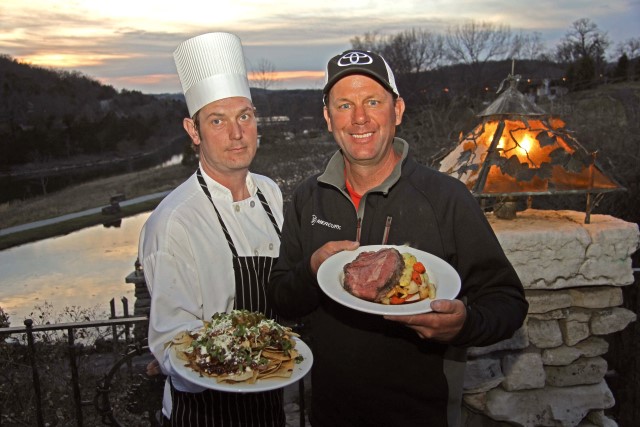 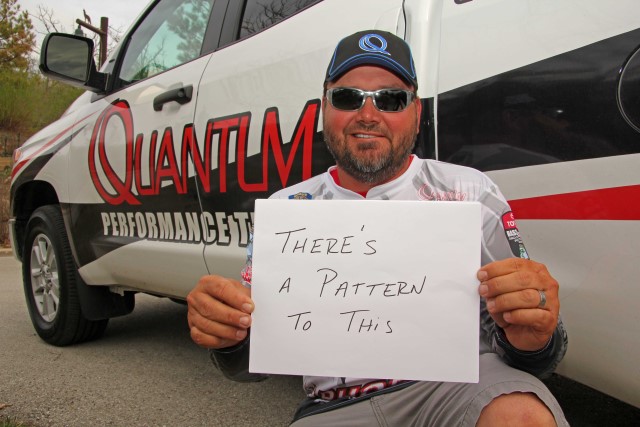 One thing Greg Hackney loves most about Table Rock, other than the fact that he won the Bassmaster Tour event here exactly nine years ago this same week, is that it’s a great “pattern lake.” Meaning that if you figure out what habitat the bass are relating to – such as channel swings, bluff ends, submerged timber or transition banks – that often times you can repeat fish catches on the same habitat throughout a large portion of the lake.