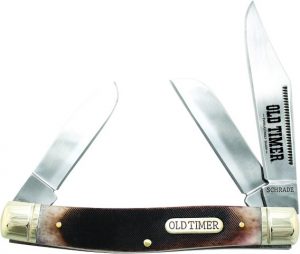 The “Dad and his pocket knife” story contest is free to enter for anyone 21 and older, and no purchase is required. To be eligible, contestants must use the official Old Timer Father’s Day 2016 registration form and accompany it with a written memory about dad and his pocket knife. Fully completed forms must be submitted by contest deadlines.

Entries can be submitted either online by midnight EDT on Father’s Day, June 19, or sent via U.S. mail with a postmark of no later than June 19, 2016. The winners will be determined by random drawing of qualified submissions on July 5.

Grand Prize is a two-day fishing trip for a father and offspring, plus two other guests, to Lake Fort Gibson, Okla. The winners will fish one day with legendary bass tournament pro Tommy Biffle on his home lake, and will also fish one day for white bass on the same lake with a local expert. A travel allowance, lodging, on-site meals and fishing licenses are included in the prize.

After the Grand Prize winner is determined, an additional 20 names will be drawn for more prizes consisting of Old Timer knives, Gene Larew bass lures and Bobby Garland crappie baits.

So what is Taylor Brands looking for in the way of “Dad and his pocket knife” stories? Taylor Brands Vice President Jody Agnew said the writings can be about anything memorable, whether funny, sentimental, generational, etc. 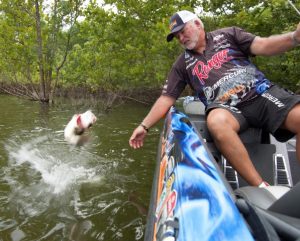 “Dads and their pocket knives have always had a special relationship,” said Agnew. “While the story doesn’t necessarily have to be about an Old Timer knife, we expect many of them will be because the popular Old Timer brand has been around for nearly 60 years. To associate Tommy Biffle with Old Timer makes perfect sense because both are long respected names in the outdoors.”

Biffle has been fishing professionally for more than 30 years and his tournament earnings have surpassed the $2 million milestone. He is credited with introducing two techniques to the sport of bass fishing, pitching and bottom bugging. He lives on Fort Gibson Lake and has won multiple major tournaments on the popular Oklahoma fishery. The lake is also well known for its white bass population. The white bass is Oklahoma’s state fish.

The Old Timer knife brand was introduced in 1958. It’s original slogan, “Knives Like Grandad’s” speaks volumes about what its name stands for in respect to quality and authenticity. One of its earliest pocket knives, model 8OT, remains a top seller today.

Taylor Brands, located in Kingsport, TN, owns iconic knife brands Schrade, Old Timer, Uncle Henry and Imperial, some with history dating back more than 100 years. Under these names, and also through a licensing agreement with the popular Smith & Wesson brand, the company designs, manufactures and distributes fixed and folding knives, collapsible batons, tactical pens, handcuffs, tactical and survival accessories, and flashlights. Taylor Brands attributes its success as a category leader to its long-standing commitment to excellence in its products, people and customer service. www.TaylorBrandsLLC.com.