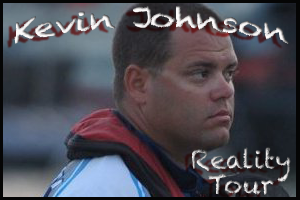 This past summer I packed up the truck and headed east, I got my feet wet fishing two of the PAA Series events on Lake Norman and Lake Tawakoni. I wanted more, but knowing that there wasn’t going to be a road to the Forrest Wood Cup or the National Tour being on the West coast after 2010; I knew I was going to need to fish the FLW Tour in 2011 and wanted to see what I was getting myself into. One big problem, The Tour is not cheap doing it on your own, time to pony up or shut up, I’m turning 30 this year and not getting any younger; I can’t think of a better time to go for it.

I just got back from fishing the FLW Everstart on Lake Shasta. I wasn’t originally going to fish this event but I wanted to get on the water and stay sharp before the FLW Tour begins. Since I’m only fishing the FLW Tour Majors and the PAA Series in 2011 my first Tour event is not until the first week of March. So to keep myself busy and stay in the game I went for it at Shasta.

Having two and a half days of practice I can tell you that this is the toughest I have ever seen Lake Shasta fish. A lake I normally hold my own on I got my butt kicked. Not how I wanted to start the New Year. I was catching my fish on a Yamamoto 5″ Double Tail Hula Grub in 330, green pumpkin with purple and copper flake on a 1/2oz Tungsten football head.

Now that I’m back home, I get to finish preparing and getting everything ready for the Tour to start in five weeks. I have to check on my Ranger Z521 which is at the factory and I’m told it will be finished in time for me to be able to get some pre practice on Beaver Lake. I’ll be leaving my truck and boat back east and flying home to the West Coast in between tournaments so I have to pack for the entire season right away.

Trying to pack and plan for lakes which I have never even seen is a task. Not knowing what to expect has made me start trying to do as much research as possible so I can be as prepared as possible

Over the course of the year I will update my blog and give you the good, the bad and everything in between on my quest to fish the FLW Tour and PAA Series in 2011.

Five weeks until Beaver Lake and boy am I excited and nervous as hell! I’ll keep you updated on what’s going on and going down on the Reality Tour.