A lot To Look Forward to This Year

It’s finally hit me that we’ve turned the calendar on a New Year.  Don’t get me wrong, I know that the calendar turned to 2014, but it takes a little while (perhaps because of the extended College Football Bowl Season) for me to really realize that the new year is here.

So, with that awakening, I suddenly realize that I am behind in my planning for the year ahead.  Our local sports expos start this week and the Bassmaster Classic is less than seven weeks out and ICAST is a little more than six months out.  Scared ya didn’t I? Kind of freaked myself out a little as well.

One of those traditions that seems to happen each year is that we start looking ahead at resolutions for change and improvement in our personal lives or businesses, but I just really wanted to look ahead at the year in bass fishing, and a few things that could become significant.

While much of the country is in a deep freeze right now, I had a few thoughts that really warmed me up today.

Each year, in the weeks preceding the Bassmaster Classic, the FLW Tour kicks off its season, and it usually does so in Florida at Lake Okeechobee.  What this often results in is a big bang as “The Big O” kicks out numbers of huge Florida Strain largemouth. This has the effect of kind of waking up the sport for the year, and warming our thoughts towards tournament fishing and the Bassmaster Classic ahead.

In the 2013 Lake Okeechobee event, Drew Benton of Panama City, Fla. won the season opener with just over 75 pounds in an up and down battle.  While the weights were lower than the previous years, it certainly was a great kickoff to the 2013 year. 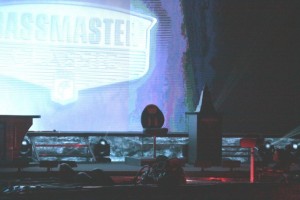 Bassmaster Classic – Lake Guntersville / Birmingham, Ala.
For the second year in a row, B.A.S.S. is holding their big show on a lake that is more than an hour and a half from the arena where the weigh-in will be held. This might seem like a major thing, but if you were in Tulsa last year, the days seemed to go off without a hitch and the only people who really felt the distance were likely the anglers and those covering the event in both locales.

One of the concerns for an event such as this is always the care of the fish themselves; but, B.A.S.S. always does a great job of caring for the resources, and like last year, I doubt there will be any significant impact on the fish populations from transporting from Guntersville and back.

If all the hype for the event, and with all images we saw from the anglers posting photos of catches from Guntersville while pre-scouting for the event pan out, this event will likely break the heavyweight Classic record that Kevin VanDam set in 2011 in New Orleans.

One thing that is intriguing is what the reduced prize payout is going to mean to the tone of the event. The winner’s purse is slated to be $300,000 in 2014 as opposed to the $500,000 that it has been since 2006.  My sense is that it will have little impact to the winner initially; winning the Bassmaster Classic is a life changing career accomplishment, and is one event that the actual victory supersedes the prizes; initially. We’ll have to see if the reduced payout tarnishes the luster of the Classic at all.

Tour Rosters – Changes Everywhere
2014 marks the largest announced field for the Bassmaster Elite Series with a total of 112 anglers having put up their initial deposits to compete for the year. Many of these additions are true tour rookies who made it in from the Bass Pro Shops Bassmaster Opens, and others are FLW Tour migrations that qualified the same way.

We won’t know if these are true migrations from one tour to the other until the FLW Tour event on Lake Okeechobee in February, but several prominent FLW Tour names will be competing on the Elite Series. Randall Tharp, the 2013 Forrest Wood Cup Champion, Glenn Brown, Chad Morgenthaler, Brett Hite, Justin Lucas and Jacob Powroznik are all on the Elite Series roster, but we won’t know who is competing on both until Okeechobee.

I suspect we’ll see more “Two-tour” pros in 2014 as a result of the success of Jason Christie and Ish Monroe in 2013. Christie won two FLW Tour and an Elite Series event to qualify for both championships and Monroe had the best overall season of two tour pros qualifying for both in the points standings. Fred Roumbanis, Zell Rowland, Kelly Jaye and Tommy Biffle ran both tours last season, and I suspect we’ll see more this year as the schedule allows for it.

We have heard of at least one angler who left the Elite Series for the FLW Tour in 2014, that angler is Matt Greenblatt of Port St. Lucie, Fla.  We’re not 100-percent sure that he is the only one as FLW has not released their Tour Roster for the year yet, we’ll find out soon though. 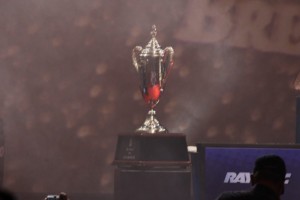 FLW Cup – Lake Murray, South Carolina
The 2014 Forrest Wood Cup returns to the site of Michael Bennett’s win at Lake Murray and Columbia, South Carolina in August.  Murray presents worlds of challenges to the anglers, especially during the summer months with pleasure boat traffic, blue herring and heat and humidity.

But, on thing s for sure, no matter the challenges, every angler that launches their boats in February on Lake Okeechobee is planning on being there to compete for the $500,000 winner’s purse.  FLW has done a lot to begin marketing individual anglers as a big part of their public awareness campaign, and I commend them for their efforts. Hopefully, the fans of the sport begin to take notice of some of these anglers who have made their marks as some of the best in the business and go see the show that FLW Outdoors puts on; they do a great job.

Projects and More
2014 will bring about more in the way of new rules for the tours, new projects for tackle companies that will be launched at the Bassmaster Classic, through ICAST and the media throughout the year.

I’d say we have a lot to look forward to this year.