Advanced Angler Opinion – We Need to Get a Sense of Humor 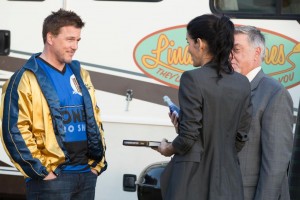 Something has been on my mind for about a month, and I debated as to whether I should write about it or not. After much thought, I decided that I would because I feel like our sport needs to appeal to a new group of fans if we are ever going to move past the state we are currently at.

I have come to a conclusion about our sport, its participants and fans as a whole that we take ourselves way too seriously, and that we need to develop a sense of humor and of showmanship. That’s not to say that there are those who have not developed such things, there certainly are. However, as a whole, we try to portray ourselves as a hardcore sport with a bunch of hardened competitors participating in it.

In the past month, a television show – Rizzoli and Isles – a law enforcement drama set in Boston, decided to film and air an episode involving bass fishing. Why in the world a show set in Boston would decided to feature competitive bass fishing as a theme, I’ll never know, but it did. The episode was entitled – appropriately – Bassholes.

The whole setting was a little far-fetched. A new competitor on the “National Tour” was winning at an alarming rate, and he ended up dead on the deck of his boat during competition. Boston P.D. interviewed all of the other contestants; who all “knew in their guts” that the guy was cheating, to see if they could find a suspect. All of them wanted him dead, but none were guilty of the crime.

To make a long story short, the guy’s girlfriend ended up killing him. She owned a lure company, and in order to help stir sales of her lures was cheating for him to enable his winning. When he became known, he decided to sign with a national company instead of helping her brand further; so, she killed him with a crossbow bolt. 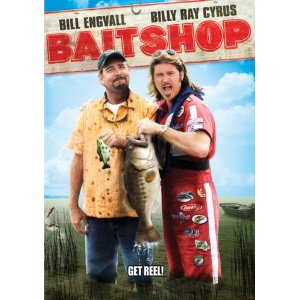 In this episode, one of the other anglers who wears a gold jacket with dark blue trim and a wrapped boat to match goes by the nickname “The Skeetster.” Skeet Martin is the character’s full name and he is regarded as one of the best on tour. He has spiky hair, a slim goatee and takes a shine to Jane Rizzoli.

When the episode aired, The Internet exploded with offense from the community. Fans and wannabe pros exploded with angler at how stupid this was, it wasn’t realistic and how it put our sport in a bad light.

It reminded me of a time (2008) when Lionsgate Films launched a comedy about a small bait shop owner trying to fish a big event to try and save his struggling shop. He had to compete against the “Best on Tour” and earn the money to make ends meet. The movie starred comedian Bill Engvall and musician / actor Billy Ray Cyrus, and it included cameo appearances from Mark Zona and former Elite Series emcee Keith Alan as well as former Elite Series pro Preston Clark and former FLW Tour pro Jeremy Prouty.

The movie was corny, and fishing fans let the whole world know how offended we were by the sheer audacity of the studio to paint bass fishing in such a pejorative light.

My thought about both of these instances is “who cares. At least somebody did something about the sport of fishing on a larger scale than we ever could.” I also think that bass fishing fans and participants of the sport need to rethink what it takes to be successful.

There are only a couple of anglers in the game who could go out there and make a living on their sheer fishing ability without having some sort of shtick that they play up in order to gain more attention for themselves and their sponsors. 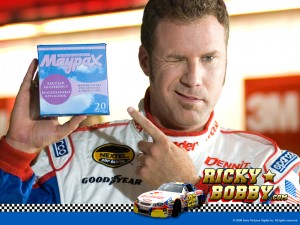 There are legions of fans who have spent plenty of time vilifying Mike Iaconelli because he is so loud and “different.” How many of you have said, or heard said that “Skeet Reese is an arrogant prick, and I hate him?” Gerald Swindle is an absolute showman who could likely make a living as a comedian if he set his mind to it, and there are many fans who could take or leave him because of it. Ish Monroe is also viewed by many as “different” and a “prick” who many fans would rather not be here. There are others, and have been others. Names like Fish Fishburne, even Dave Mercer and Mark Zona have their detractors because they are out of the norm.

Here’s the thing though, each of these people have or continue to exercise a great deal of influence over scores of fans, and the mere fact that someone is talking about them – be it love or hate – is putting 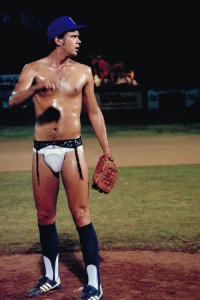 them into the public eye once again, and that is their job above and beyond catching bass.

Each of these people are serious professionals who take their craft very seriously, but they exercise it in a different way. Swindle is as good an angler as anyone out there, and Fishburne won his share of events while Mercer and Zona command so much respect in the industry because of the people and the professionals they are outside of their act.

Our sport has a reputation for being “old” at times. Granted, our legendary anglers can continue to fish well past an age when a traditional athlete would have needed to hand their spikes up; and they can still be very competitive. However, if we groom each and every upcoming angler in their likeness, then our spectrum of fans begins to narrow.

The world is getting younger, and savvy anglers like Brandon Palaniuk, Josh Bertrand, Justin Lucas, Carl Jocumsen, Mark Daniels Jr. and Jacob Wheeler will continue to come along. Some will come along and show a high level of class and respect for those who have gone before them, and some would just as soon smack the establishment in the mouth to try and make a spot for themselves in the collective consciousness. The truth is there are different styles of people all over the world, and if we who are growing older in the sport don’t start lightening up and embracing that there are new and different styles, then we could be the last generation to experience the viability of the sport as it is.

Shows like the Rizzoli and Isles episode or the Bait Shop movie are opportunities for us to embrace people as they walk in the door. We can then begin to turn them into anglers after the fact. Come to think of it, this whole thing reminds me of the Alabama Rig debate, and whether or not it should be allowed in competition; but, I’ll save that for another piece. 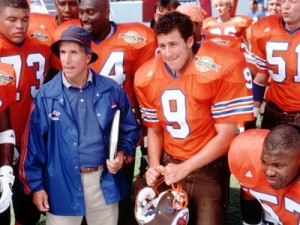 I wonder why we look at these corny films as such an offensive affront to our sport. If NASCAR would have looked at Talladega Nights that way, or baseball would have responded to Bull Durham or Major League in that manner, or if football looked at a movie such as The Replacements or The Waterboy that way, then soon enough, we won’t see any new sports “entertainment” pieces made.

We as a sport need to get a sense of humor and find a way to embrace opportunities that bring bass fishing to the public with what we deem as quality representation or not. There are enough serious things happening in the world today, let’s not make our sport – our recreation – one of them when it doesn’t need to be.