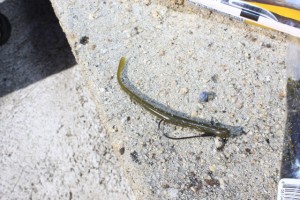 It can be amazing how quickly fishing techniques fall out of favor with the masses.  Once a new technique hits the populace, the old methods seem to pass away rather quickly.

One of those techniques is the split-shot rig.

Born in the West as an adaptation of Jack Chancellor’s Carolina Rig, Split-shotting was developed in large part by a gentleman by the name of Dick Trask, with help from devotees of the rig throughout the region.  (Get to know Trask a little in this article on Bass Fishing Archive)

Split-shotting became the first though in anglers’ minds when finesse fishing was a necessity.  As darter heading, shaky heading and dropshotting have come into vogue; split-shotting has all but become a thing of the past.

I must admit that I rarely have it tied on, despite the fact that I have seen so much damage done in tournaments and fun fishing with the rig.  There was a time; in events near my Northern California home, that a split-shot rig and a four-inch hand poured worm (usually in one of two colors) was the prime tournament offering.  My friend, and old tournament partner Paul “Stretch” 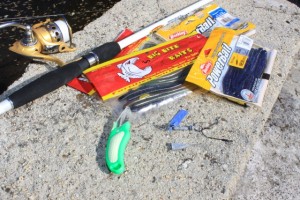 Split-shotting catches bass, and while I was reading a feature on Bassmaster.com that Skeet Reese mentioned the Split-shot rig as one of his five best prespawn techniques, that I got the urge to go fish it again. It’s a rig worth looking at. 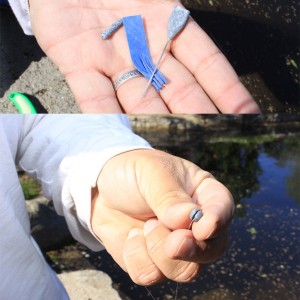 Utilizing a medium to medium light spinning rod with fast action, a spinning rod loaded with six to eight-pound-test fluorocarbon line, a split shot, or Mojo style sinker, a light wire hook and thin, four to six-inch worms, an angler can load the boat with bass.

Those are the requirements for the rig.  The way to set it up is to tie your size 2 to 1/0 hook (depending on worm size) to the line, crimp your split shot sinker onto the line at the necessary length from the hook, then thread the worm on straight.  make a cast and slowly work the rig back to you to trigger strikes.

Rig Considerations
There are a few factors to consider when choosing components of a split-shot rig.  The sinker can either be a crimp on split shot or one of the cylindrical Mojo style sinkers that work by threading living rubber or a Peg-it through the hole with a threading tool.  The removable split shot sinkers with the tabs on the back end tend to hang up more, so they can become frustrating to fish on the bottom. 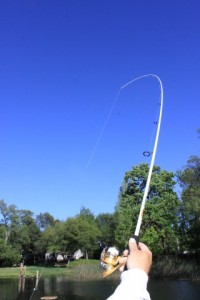 Pick out a sinker that is as light as you can get away with considering the wind speeds and the bottom composition.  Also, adjusting the length of the leader will make a difference too.  In clear water, longer leaders are necessary, and in stained water, a shorter one will be best.  Either way, a 12 to 36-inch leader is probably plenty with those considerations in mind.

I prefer a style of hook that helps keep the head of the worm from sliding down during the retrieve, and during hooksets.  A great choice with these considerations is the Lazer TroKar TK180 Finesse Worm hook with the molded B.A.R.B. for holding the head of the worm stationary during the hookset.  I prefer to use two sizes of this hook for Split-shotting, the 1/0 for four-inch worms, and the 2/0 for six-inch worms 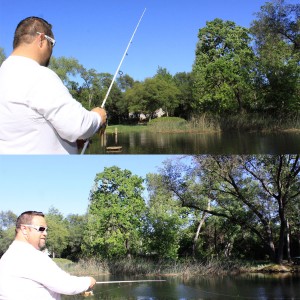 Fish with the rod tip up, or sweep to the side, it all depends on the conditions – photo by Christina O’Sullivan

Fishing a Split-shot Rig
The Split-shot Rig is tremendous for fishing large flats, creek channels with sloping banks and points.  It’s important to remember that the Split-shot Rig is a finesse rig, so, slow is the key word to remember in this equation.  Either way, make a long cast and either lift your rod tip up to pull the bait to you with a little bit of lift, or sweep the rod tip sideways to keep the weight in contact with the bottom.  But, moving the rig too quickly will not allow the sinker to stay on the bottom.

One thing to factor is that it can be a difficult rig to toss on steep banks because the weight being separated from the bait itself can cause bass to strike a sinker, as opposed to the bait itself.  For fishing vertical banks of boulders in the West, or Table Rock shelves and bluffs of the Midwest, a bait on a jighead is probably the preferred method.

For more info on Split-shotting products in this story visit www.MonsterFishingTackle.com