AdvancedAngler’s Under the Lid with John Crews – 2016 Edition

John Crews has been here before – in front of our Under the Lid cameras. 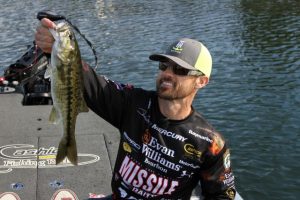 In 2011, Crews showed us his Bass Cat boat through and through – Now, in 2016 (when this episode was filmed, some things have changed.  Rod deals, electronics and The Crews Missile even has his own lure company – Missile Baits – that has taken the industry by storm.

Because of those facts, we decided it was time to shoot a new episode with him while we were at the T-H Marine Media event in November of 2016 at Alabama’s Smith Lake outside Cullman, Ala.