Beyond the Pond – Sandy Niggemeyer

“The bird that would soar above the plane of tradition and prejudice must have strong wings.” ~ American Author Kate Chopin

“People were standing on chairs and dancing on tables; that didn’t seem radical to me; so I asked, God what can I do to be radical for you?” 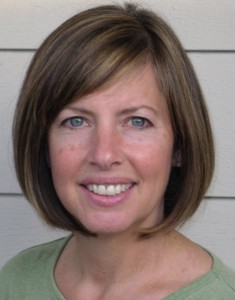 Not the typical response one receives when asked what drew a person to their spouse; however when going Beyond the Pond with James and Sandy Niggemeyer many things weren’t of a traditional nature and the inner strength that allows the couple to soar above that plane of tradition definitely shines through.

Seven years ago in January the Niggemeyers were married. The path that led them to the altar had few traditional stones to traverse. It was quite befitting the non-traditional, roving, camping life that a professional bass fishing family leads.

Sandy reflected on their introduction by church friends, “First of all, marriage was the last thing on my mind and second of all, there was nothing about James that read the marrying kind to me.” She continued with her memories of dating the Bassmaster Elite Series pro, “When we met, he was guiding on Lake Fork and living in a barn… he was the catch of the century; but that really didn’t matter, my real issues were; he was too young, not strong enough in his beliefs and he had a last name that would give my father a heart attack.” 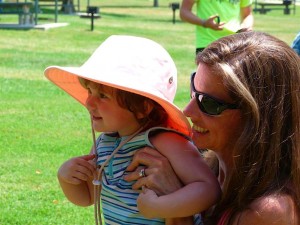 The two began a courtship but as Sandy explained, marriage was not on her mind. That changed when she attended a conference on “being radical for Jesus” and as she said standing on chairs and dancing on tables weren’t radical enough for her. Her prayer for direction of “being radical” was met with one word that she described as “loud and clear”…marriage.

As she thought about the word, the concept that she had been given in response to her prayer she decided, “Of your own free will, committing yourself to another human being for the rest of your life is pretty radical, especially for me; because I did single really well.”

As she talked through her revelation with others, she began to get the inkling that a proposal was on the horizon. Unbeknownst to her, it was sooner that she thought and an unplanned trip into her beau’s home gave her a gander at what was to come. “He wasn’t there and I let myself in with my key, as I walked into the living room I saw what he had done,” remembered Mrs. Niggemeyer. He had coated the living room wall with the words “I LOVE YOU SANDY” in red spray-paint. Her reaction? … To runaway. 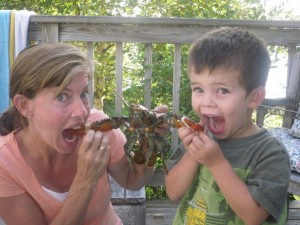 When the time drew near and she was to return to the house, she knew what was coming; but it still awestruck her. “I was so overwhelmed when I saw the wall again and he was asking me to marry him, I screamed and fell on the floor,” remembered Mr. Niggemeyer.

Although, she has described the marriage as a “huge adjustment”, she also said it has been “wonderful” and while she said this life on the road as the “James Niggemeyer Bass Pro Entity” wasn’t what she had planned; she added , “I’ve learned that every time I plan my future, it changes, so I’ve just stopped planning.”

The non-traditional life of Mrs. Niggemeyer didn’t begin with her reason to marry her husband, the proposal or the “weird nomadic tribe” of campers she has become a part of. Sandy has pioneered adventures around the globe that most have only read about or witnessed on the silver screen.

Prior to meeting her husband, she had a long stint as a commercial airline pilot. That chapter came to an abrupt end when she became a Christian. She explained, “My life was like an upside-down snow dome and when I met Jesus; he righted it.” Sandy elaborated on this saying, “God showed me that I held my identity in my life as a pilot and it should have been in following the Lord.” 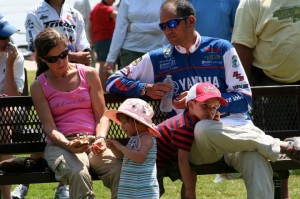 The next phase of her life put in her in missionary service. She has done the Lord’s work in a myriad of ways, she has assisted in a crisis pregnancy center, she has traveled to 20 different nations, smuggled Bibles into communist China, and risked her life in many ways for His service and said her passion always led her to places where, “something terrible and dangerous was going on”.

In the life she leads now, her passion remains unchanged; however there is some diversity in the scenery. She explained, “I am passionate for what God has in store for me, I am passionate to be obedient in what He tells me to do next… It doesn’t matter where I am; I can do God anywhere.”

She continued, “I have lived so much life; I could have died anytime before I got married and felt that I lived a full life. I wanted to do all that I could as a single person because I knew once I was married I would never be single again and I would pour all my passion into to my family… single was all about me; married is about each other.”

With “dangerous travel” out of her blood, Sandy finds her driving force to be keeping the family together, which now includes their six-year-old son Daniel and their three-year-old daughter Abigail. “Now, what I want is to stay married, have a happy and satisfied husband and raise emotionally, spiritually and physically healthy children.” 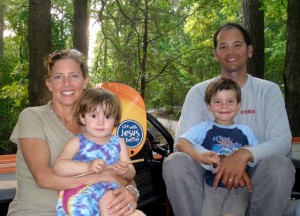 Although the path Sandy once walked wasn’t a traditional one, the fork in the road she chose when she married her husband and the couple set out to raise a family on the bass fishing trail was also a road less traveled.

With an unconventional profession and a less than customary lifestyle, the Niggemeyers are proof that soaring above the plane of tradition really can help you rise to new heights.