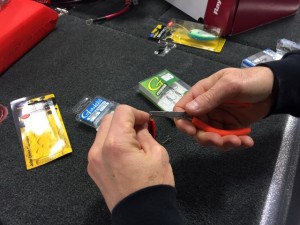 In many areas of the bass fishing world, now is the time for preparation.

While the weather has grown colder, and wintertime doldrums have settled in at the lake, a diehard angler spends this time making sure the collection is in working order so that they can hit the water quickly at the first sign of passable weather. It is this time of the year that the pros who make their living on the water organize, stock up and refresh everything from their boats to rods, reels, tackle and apparel.

One of the most often overlooked areas of that tackle preparation is the business end of the crankbaits boxes. We all know how seemingly easy it can be for a bass to throw a treble hook on a crankbait, and while we analyze mechanics of hookset, rod positioning and drag settings in a moment’s notice, we often overlook the most simple part of the equation – our treble hooks.

We sought out the advice of a true crankbait expert in researching this topic, and our search led us to Salem, Va. Bassmaster Elite Series pro John Crews. Being from the area of the country that is largely ruled by the crankbait, Crews has learned to base much of his living on the lipped diving plugs, and his experience helped him develop the Little 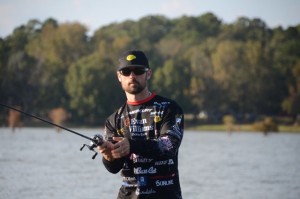 John line of crankbaits with SPRO. The hooks he chose for each model was specifically chosen to help the lure perform in the retrieve and after connecting with fish.

“I can think of no more important factors in hooking and landing fish than hooks and line,” said Crews. “I’m fortunate to be able to use the best in both categories with Sunline and Gamakatsu, and while they are of the utmost quality, they both have their factors that lead to failure, and we need to monitor them closely.”

Here are his thoughts on his crankbait hooks.

He favors standard length treble hooks on his hardbaits. While many anglers and companies have trended towards short shank treble hooks on crankbaits to allow for upsizing the hooks a size, Crews said that trend is actually counterproductive. “It’s pure and simple physics,” said Crews. “With more length of wire, it takes more effort and rotation for a fish to dislodge the hook, so I tend towards standard lengths in my treble hooks.”

As far as the actual shape of trebles, Crews said he lets the water temperature dictate which particular model he uses. Gamakatsu manufactures a standard round bend treble hook and an Extra Wide Gap (EWG) style. Each shape is available in a variety of different grades of wire that dictate the diameter, and therefore strength of the wire. They have their standard wire round bend and EWG, they have a 2X strong round bend, a 1X strong EWG, and they have the new G Finesse Tournament grade wire trebles by Aaron Martens that feature a thinner grade of wire that is 30-percent stronger than standard wire; that is made with more of an O’Shaughnessy bend to Martens’ taste for hooks.

All of Crew’s SPRO crankbaits come equipped with the standard length round bend Gamakatsu trebles, and they were specifically chosen for maximizing the action and efficiency of the baits – in most situations. There are times that Crews changes out the trebles to help hook and land fish more efficiently. 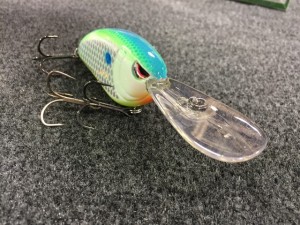 Hook Styles
Crews said that he chooses by water temperature for a good reason. “The temperature of the water affects the toughness of the skin on a fish’s mouth,” said Crew’s. “The colder the water, the tougher the skin, and that affects penetration of hooks.”

He is just now finishing with his first full year with the GFinesse Tournament Grade Trebles, and said they are excellent for penetration in the coldest of water temperatures. However, he said that the lightness of the hook does have an impact on the buoyancy of lures, so he cautions anglers to be aware of tipping the scales on suspending and diving baits without accommodating for the weight loss. 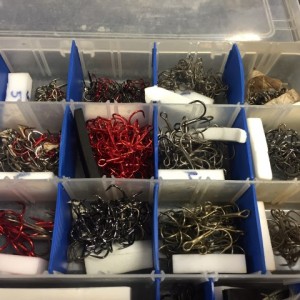 To the Point
Crews revealed that he has been a user of Gamakatsu hooks since long before he agreed to endorse the brand, and it was an easy decision to join the pro staff. “I would guess that 90-percent of the fish I’ve caught in my tournament career have come on Gamakatsu hooks,” said Crews. The reason I’ve always used them was because they were the sharpest on the market, and I could trust their penetration.”

With that said, Crews said to be extra vigilant to the condition of the hook points when fishing crankbaits. While it seems unlikely, retrieving a crankbait through cover, over rocks and the effect of penetrating the mouths of a bass can dull the point of a hook to the point of becoming ineffective.

He recounted an experience from a day when he was filming a show named Classic Patterns with Mike Auten. Crews said he had located a school of fish that he was catching on crankbaits, and his results changed. “I caught 15 fish in a row without losing one, and then suddenly lost four in a row,” he said. “I checked the hooks, and they had become dull, so I changed them and caught the next 10 that bit the bait.”

With that experience in mind, he checks the point of his baits after just about every fish he catches, a will change the hooks on crankbaits as many as five times during a tournament day. He also said that he starts each tournament day with fresh hooks on the baits he is using. 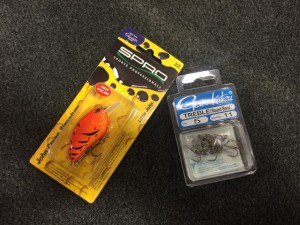 He was quick to remind anglers of the importance of quality hooks. “I said it earlier, that hooks and line are our two most important connections to the fish,” he said. But, the hooks are our first connection, and if we start with a bad connection there, our line won’t matter, because we won’t ever keep them pinned long enough to test the line.”

So, while the weather in your area might be a little prohibitive to getting on the water, you can still make sure you are ready to go when you want by spending a little time and changing out your treble hooks. As with your health, a little prevention is the often best cure to avoiding lost fish.

Get all of your winter preparedness supplies, including SPRO crankbaits and Gamakatsu Treble Hooks at Monster Fishing Tackle.