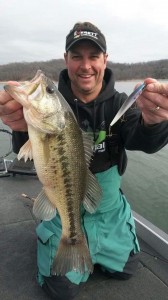 It’s full on cabin fever time. Winter is locked in, football and hunting season are over, and it’s still cold and dreary outside. The good news is that it can also be a great time to catch some of the largest bass you’ll see all year if you know what you’re doing. Tour staffer Greg Bohannan is renowned for his prowess with a crankbait this time of year, so we picked his brain to get some tips on early season cranking.

Hopefully you can put them to use in the coming weeks; as there’s no better cure for cabin fever than the head shake of a four pounder as it inhales your crankbait!

Enjoy February and good luck on the water!

February is an interesting month for bass anglers across the country. Anglers in Florida are usually already chasing post spawners while anglers in the north are still drilling holes in their frozen lakes and reservoirs.

Outside of those two extremes, February for the majority of the country offers water temperatures in the forties often dreary weather, making anglers work hard for any success on the water.

However, if you get a warm up during February it can quickly turn the fishing from tough to fantastic and give savvy anglers some of the best fishing of the season. For that reason, FLW and Denali pro Greg Bohannan thinks February is one of the best months to get out on the water. The bass are changing despite the cold weather and you can really start catching them on crankbaits.

“I absolutely love fishing in the late February/early March period.” Bohannan said. “You’ll almost always get a couple sunny days that push the water temperature into the upper 40’s and then the bass really start eating crankbaits well. It’s still cold, but the action can be absolutely amazing.”

To Bohannan, the key to triggering the early season crankbait bite is the first little uptick in water temperature due to a cold front, and the magic number he’s looking for is 46 degrees. 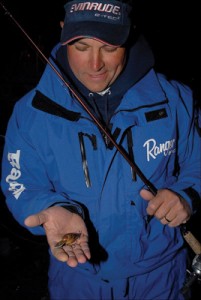 Greg Bohannan with a Winter Crankbait – photo courtesy of FLW

“Below about 46, I’m really a jerkbait or bust type of guy.” Bohannan said. “Once it gets to 46 though, I’m gonna pick up that crankbait rod and have a lot of confidence that bass will respond to it. Not only is it a more efficient way to cover water than a jerkbait, but it also seems to catch bigger fish the majority of the time.”

Water temperature is obviously the most important factor in determining when to throw a crankbait in the early season, but what else is important? We picked Bohannan’s brain to get the inside scoop on early season cranking from one of the masters.

Throughout the winter, bass hold on classic vertical structure like bluff ends, points, and standing timber. They like vertical structure because it doesn’t take a lot of energy to change depth in relation to mood and access food sources like shad.

Because of that, Bohannan starts out his early cranking pattern targeting those same types of cover, but said to be ready to move as the water begins to warm up.

“Once you start cranking in the spring, the bass will still be on those same bluff ends, points, and timber lines that you were catching them on Jerkbaits.” Bohannan said. “However once that water temp starts climbing, even a little bit, you need to be ready to move with them.”

They might not move very far, but the key factor in this move is that it’s more than likely going to be toward the backs of the creeks.

“Usually, the bass will move to similar bluff ends and points, but by late February they will be bluff banks deep in creeks and secondary points in the back half of creeks. They also gang up on the last few channel bends in creeks before they start to flatten out. Bottom line is that you need to transition with them, so if the bass aren’t where you had been catching them on the main lake, they’ve probably moved into the creeks.” Bohannan said. 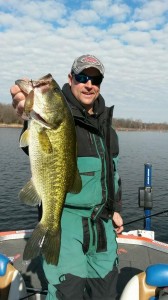 To Bohannan, the right rod is one with enough flex to allow the bass to fully eat the bait, as well as work as a shock absorber once the fight starts. The rod he turns to for his early season cranking is the Denali J2 7 foot 6 inch MH cranking rod.

“Flex is so important when cranking in cold water.” Bohannan said. “If you’ve got a bass hooked on a single treble hook in the side of the face, you need a forgiving rod to keep that hook buried and not lose it. The J2 rod has the perfect flex for that, but it’s also a medium heavy power so it has enough backbone in the bottom half of the rod to make sure you get the hook in him to begin with.”

In addition to keeping fish buttoned up, a rod with good flex also allows short striking fish a better opportunity to get the bait, resulting in better hooked fish. “I see guys cranking with fast action rods and losing a lot of fish. Having that more moderate action delays the rod loading up just a split second, which increases the amount of bait the bass gets in his mouth.”

Another key Bohannan has found is to make really long casts, something much easier to accomplish with a longer rod. “The bass are often spread out along long stretches of rip rap, bluff walls, or points, so being able to throw it far and keep it in the strike zone for longer periods of time is very important to your success in the early season. The J2 rod I use is seven and a half feet, which is plenty long enough.”

For early season cranking, Bohannan pairs his Denali cranking rod to a 6.5:1 Ardent Apex reel spooled with 10 pound monofilament, due to the better abrasion resistance. “Lots of guys use fluorocarbon to crank, and I do some as well, but most of the time I’m fishing around rocks and timber so I like the improved abrasion resistance of the monofilament.” 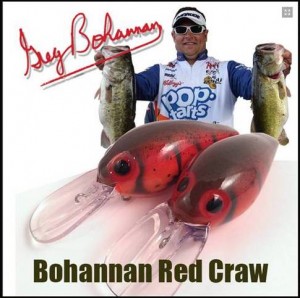 Despite the promises of hot action, water in the upper forties is still cold, and Bohannan said that anglers should take that into consideration when cranking cold water bass.

“You want to make sure that you’re not retrieving your bait as fast as you would in the summer.” Bohannan said. “The bass are more aggressive than they were in January, but you still need to give them time to get the bait, and that means a moderate to slow retrieve most of the time.”

Bohannan will also occasionally pause the bait, especially when it contacts something like a stump, rock, or treetop. “A lot of times, I’ll kill it right after I hit something and that generates a lot of strikes. The crankbaits I use float, and when they see it floating slowly away from them after it hits something they just have to eat it.”

Taking your time is important not only in an individual cast, but Bohannan also said it is important in the number of casts you make to an area. “Unlike some other times of the year where you can throw in an area a couple times and don’t get bit then move on, in the early season you really need to saturate an area to maximize the number of bass you catch.” 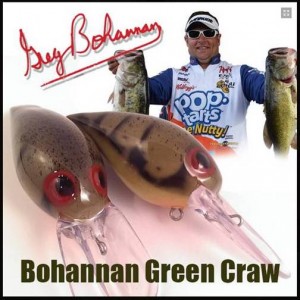 Go to any Bass Pro Shops and count how many different crankbaits are on the wall. You’re gonna be there awhile. Although all those different shapes and models may work well at different points in the year, Bohannan relies on only a select few during the early season.

Classic cold water baits like The Rapala Shad Rap and Storm Wiggle Wart have always found their place in Bohannan’s hand, but he recently worked on developing a crankbait with Skirmish Baits called the A10, which was designed from the ground up to excel at early season cranking.

“We looked at all the other baits that are really successful in cold water and took the best attributes from all of them when we designed the A10.” Bohannan said. ”I’ve only had the production models for a little while, and I can already tell you that what we’ve done works. I can’t wait to get the A10 out in tournaments this spring. It is a fish catching machine.”

As far as color goes, Bohannan said that anglers should keep it simple and use anything that resembles a crawfish. “I really only use two colors when I’m cranking in the spring; and we turned them both into signature series colors for the A10. One is a green craw, and the other is a red craw. I throw the green craw in clear water and the red craw when it’s got some color to it.”