I saw something this weekend at The Bass University event in Frankfort, Kent. that got me thinking about innovation in the fishing industry. I ran a video from a vendor that displayed at the show; New Pro Products, who made a livewell ventilation system that is designed to allow fresh air into the livewell, vent bad gasses and keep the livewell environment cooler.

It made me think of a couple of things. First, it made me think of how many truly innovative
products I have seen over the past 20 years I’ve been working in the industry. Second, it made me think about how many companies have truly made a huge mark by listening to their pro staff and other anglers and made products to solve problems that they were experience.
Innovation in any marketplace comes from people seeing a need and producing a product that solves that need. In the fishing industry, that can take the form in products across so many avenues. I thought I would share a few of those products that have moved me over the years, and talk about companies who have a great reputation for delivering products that people flock too.

Products
I’m certainly going to miss some major products that have been revolutionary in my discussion, and I don’t intend to create any issues, but I thought that I would share some of those products that made me feel something as an angler, not just a writer trying to tell a story. 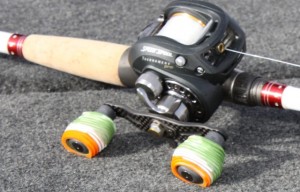 As long as I’ve been attending shows like ICAST, Sports Shows and tournaments, the one question I get asked when I return is, “what were the best new products at the show?” If I’m being honest, most of the time, a lot of them tend to run together as they can be new takes on an existing product. Most of the time, the products are very well produced, but existing products can often meet the needs they are trying to solve.

Then there are those items that make me stop and ask, “why didn’t I think of that?” Here are a few.

Reel Grip was one of those things that made me go crazy when I saw it. I have fairly large hands, and have served as an ergonomics and safety leader for a large division of a company at one point in my career, so Reel Grip made complete sense to me as soon as I saw them. I can honestly say that since that day, I have not fished a day with any of my own personal equipment without them on the handles of my reels.

Shark Tooth was one of those that I also came to use all of the time, but it took me a minute to understand exactly what it was. Kevin VanDam showed them to me at the Bassmaster Classic Media Day in 2010, and at first I thought they were a keeper system for dropshotting, or something like that. When I ran into the owners of it at the Fred Hall Show in Long Beach, Calif. a week later, and saw the application of it, I was blown away. It is a product I still use to this day.

I first experienced Power Pole in 2003 when the Bassmaster Tour made its first stop in California. I went to the first event at the Delta and saw this funky looking contraption on the back of Dean Rojas’ Skeeter. he only had one, and I didn’t even ask him what it was, but I wrote down the name, looked it up on the Internet and called the company. They were relatively new then, and they offered me one for a ridiculously low price because they wanted people to see them, but I was in need of fish finders at the time, so, having enough money for only one purchase, I went with the graphs. Power Poles of course became pretty much a must have, and while they were initially perceived as a “sight fishing” tool, they are much more valuable than that.

My first experience with braided line was life changing. Not in the sense of “it made my life better,” but it solved such a huge problem. I love fishing frogs, and when I first found the Snag Proof Tournament Frog back in the early 90’s, you could get as many as 100 bites a day on the Delta.

Problem was, with 25-pound-test Trilene Big Game, you would lose a lot of fish because of the stretch in the line. In fact, the biggest frog fish I’ve ever had on – one at least 11 pounds – opened her mouth six feet from my boat, and merely let go of the lure; I never had it completely hooked on the monofilament. When I got saw my first spool of Spiderwire with The Frog Master, Bobby Barrack, it all changed.

Companies That Solve Problems
There are hundreds of companies that serve the fishing industry. From lure companies to 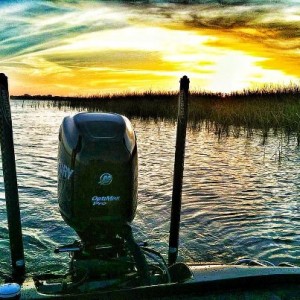 marine manufacturers, this industry has a plethora of brands within it. If you pay attention to the trends, those who make products to solve the problems of their pro teams are usually the ones who do the best in
the marketplace.

Whether it is Lucky Craft making jerkbaits that made the weight transfer system popular, Strike King making crankbaits to the specs of VanDam, SPRO making Rojas’ frog or Berkley beginning to produce specific pro requested lures to use at the Bassmaster Classics in 2007 and 2009 that resulted in wins, or any other number of companies who rely on their team for answers to problems; those companies tend to flourish.

The product I saw this past weekend was another example of that, and it just made me stop and think for a minute of the products I have seen that have made a difference in my fishing. I can’t wait to see what’s next, and with the Bassmaster Classic just a few weeks ahead, chances are, we’ll see some there.