2011 is nearly over, and like any other year, it was filled with moments that define us as people, and others that define our industry. Of course we all have our own special events each year that leave lasting impressions on our personal lives.

For me personally, this year will be defined by a couple of items. First was the launch of Advanced Angler. This has unquestionably been one of the largest undertakings and biggest sources of professional pride I’ve had in my career. I have so much care and respect for this industry as a whole; but, for people who do the job I have chosen, I have the utmost respect for them.

The guys at BASS ZONE.com, Wired2Fish, BassFan.com and a couple others are people I respect, have worked for in the past, and still consider friends and colleagues. We didn’t start out to try and replace anyone, or to overtake anyone, and we set out with a different charter than all of them for a reason. They are friends and tremendous properties in this industry. To know that Advanced Angler has been mentioned in the same breath as some of those sites is awe striking to me. But, more importantly, to know that the readers have included us in their daily readings has been nothing short of a blessing.

Second has to be the passing of my tournament partner, Paul Cunningham. I wrote a blog about him after his memorial service, so I won’t go into anymore details about it, but it has been a defining moment for me. Not necessarily because we lost him, but because it hit so close to home. To make a long story short I’ve decided that I need to fix me. It’s not going to be easy; I’ve spent the past 10 years crafting this finely tuned leisure slut physique, but I’m going to at least start the process of changing it.

The other thing that it did was remind me to stop and smell the roses with my wife Christina and our three daughters. That means taking a little time to watch them grow up, snuggle on the couch, go for a walk and support them in their own endeavors. I’ve started on both, and besides being sore, I’m enjoying the process.

Enough of me, the industry had plenty of moments that defined the 2011 season, and we wanted to take a few minutes to look at what those moments were.

Bassmaster Classic – New Orleans
We’ll get into the results of the event in a few minutes, but this was the first Classic under the new ownership of Jerry McKinnis, Don Logan and Jim Copeland. The New Orleans event seemed to come off without a hitch, and while there certainly were the inevitable challenges that present themselves to organizers; they weren’t evident to the public. 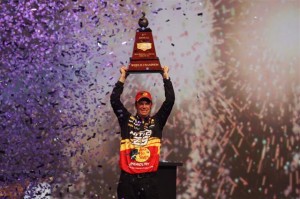 Kevin VanDam – Classic Number Four
VanDam won his fourth Classic, and second in a row in record fashion. After establishing an impressive game plan that relied on knowledge of the fishery, the species of fish and the weather pattern, VanDam dominated the field and tied Rick Clunn for the most Classics won in his career. 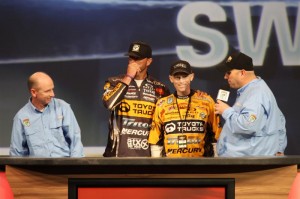 Gerald Swindle – Classic Heart Toucher
After learning of the story of Kevin Oldham, a firefighter who had become ill with pancreatic cancer – the same disease that had taken Swindle’s brother Tony a few years earlier. Swindle was introduced to Oldham by Terry Brown of Wired2Fish.com, and despite fighting the emotions of being reminded of his brother, Swindle provided the people in the New Orleans Arena with a moment that they’ll never forget. 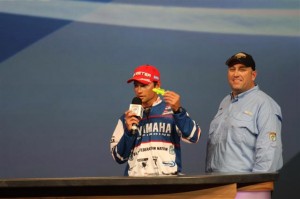 Brandon Palniuk – Classic Rookie
As the reigning Federation Nation National Champion, Palaniuk surprised the fishing world with an unusual sense of calm in his first trip to the sport’s biggest stage. Not only did Palaniuk finish fourth in his first Classic, but he provided a great moment to the sport with a touching memorial to 1994 Classic Champion Bryan Kerchal by blowing one of Kerchal’s fish whistles on stage during the last day’s weigh-in.

Palaniuk also proved his character later in the year by giving up his reigning champion’s slot in the Federation Nation National Championship tournament so that another angler would have his chance to qualify for the 2012 Classic. He gave up the slot because he had already qualified for the 2012 Classic through his rookie year in the Elite Series and would have only been fishing it for the chance at earning some extra money. 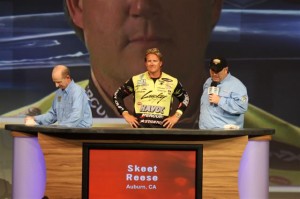 Skeet Reese – Intestinal Fortitude
While we’re on the topic of character, we can’t forget about Skeet Reese’s decision to disqualify himself for having a sixth fish in his livewell after the third day of The Dixie Duel on Lake Wheeler. Reese had been experiencing a tough season, and was having his best event of the year; had qualified for the Elite 12 with a chance to win and make the Classic when he discovered the sixth keeper. He informed B.A.S.S. Officials, and was disqualified for his day’s weight; which knocked him out of the Elite 12, ending his season.

While at the time, Reese was anything but happy about the event, and not concerned about how it would reflect on him as a role model. It showed what kind of character he had and made a great example for anglers everywhere. 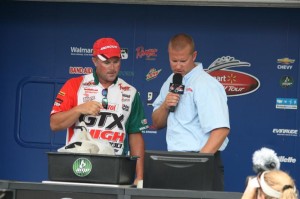 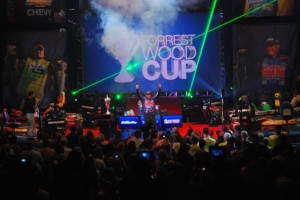 Scott Martin – Forrest Wood Cup
While most anglers in the field decided to target shallow bass chasing the remnants of Lake Ouachita’s bluegill spawn with topwaters, Martin went against the grain and chose to target offshore structure. His game plan proved to be a masterful stroke and added one more cornerstone to the Martin family legacy.
There are more, and we’ll have our part two list for you later this week.