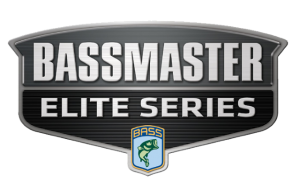 Today starts the final event of the 2012 Bassmaster Elite Series season, and there is plenty to settle. There are titles to be earned and 2013 Bassmaster Classic berths to be determined. There’s no shortage of drama heading into this final event as anglers anticipate the make or break mentality of this last event.

The Toyota Tundra Bassmaster Angler of the Year race is very much in question as it really comes down to one of three anglers who truly have a shot at the title. Of course there are still long shot hopes, but it will likely come down to three.

The Bassmaster Rookie of the Year award will also be earned this week, as will the Elite Series Bassmaster Classic Qualifiers.
The bottom line is that there is no shortage of tension being built at Oneida Lake outside Syracuse New York.

TTBAOY
In the Toyota Tundra Bassmaster Angler of the Year race, Brent Chapman has been the top dog for much of the second half of the season. But, as he heads into the final event, he has a 13-point margin over one of the true young guns of the sport, Ott Defoe. 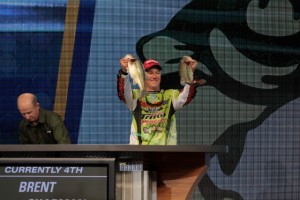 What looks like the final angler to truly have a shot at the title is Todd Faircloth, who is making his second run at the Anger of the Year trophy in the past few years. Faircloth has a pretty large hill to climb however, as he has a 20-point margin to overcome.

Terry Scroggins is in fourth place, but with a 39 point gap, and two other anglers between him and Chapman, it is highly unlikely that he – or any other angler – will overtake them, especially in today’s one point per place system.

Because each place in the standings is worth one point, unlike the graduated scale that has been the norm over the past six Elite Series campaigns, Chapman needs only to maintain a 12 position buffer and a 19 position buffer on Faircloth to claim the title. An Elite 12 at Oneida guarantees him the crown, after that it could become interesting.

A quick look at each anglers’ respective finishes on Oneida shows that Defoe has yet to fish competitively in B.A.S.S. or FLW competition, so we have nothing to base expectations on with a past history. Chapman and Faircloth have had checkered pasts with Oneida in Elite Series event and Bassmaster Majors, with Faircloth having an edge with history.

Chapman has had a 71st place and a 40th place in Elite Series events and a 38th in the Major there in 2007. Faircloth has had higher finishes, but also has the lowest finish of the bunch at Oneida. He had a 26th in the Major and a 23rd in the 2009 Elite Series event, but suffered a 93rd place finish in 2008 when he was leading the Angler of the Year race heading into the event.

When I look at the three anglers and factor in their respective histories, as well as the years that each angler has had; I give the nod to Chapman in the Angler of the Year race. Chapman has seeming turned over a new leaf in 2012, and while he has always been a steady competitor on the Elite Series, he has become more this year. Defoe might be the most consistent angler overall, and his makeup seems to be impervious to pressure, but I feel that he and Faircloth have too much of a gap to make up. 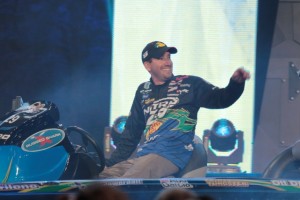 One thing is for certain, it will be a new face on the stage when the 2012 Toyota Tundra Bassmaster Angler of the Year trophy is handed out.

Rookie of the Year
2012 marks one of the few years that we had a true “rookie” class without transplanted FLW Tour pros in the Elite Series field. With a 40-point lead over his nearest competitor, Cliff Prince, Brandon Card looks like he has the Rookie of the Year Race sewn up.

On another note, if Card does win the title, it will make him the third straight angler from Tennessee based Pro Fishing Management; a bass fishing marketing and PR firm run by J.D. Blackburn to have won the title. Bradley Roy in 2010, Defoe in 2011 and presumably followed by Card this year.

The Bubble
This will be an interesting year when the topic of Bassmaster Classic qualifications come up. In 2011, when B.A.S.S. announced the “Win and you’re in” policy, which automatically qualified an Elite Series, it meant that the top 28 in the Toyota Tundra Bassmaster Angler of the Year standings would qualify for the Bassmaster Classic. If an angler in the top 28 was one of the anglers who won events, then the tournament winning angler’s event victory qualified him and it allowed the qualifications to slide an extra spot.

This year, there are already four. Ish Monroe, who won Lake Okeechobee is in 43rd place, Bull Shoals winner Brandon Palaniuk is in 48th, Jeremy Starks, who won Douglas Lake, sits in 60th place, and Jonathon VanDam, who won at Green Bay, is in 66th place.

Of those four, Monroe has the best potential to move up the highest, but at 43rd place, even with the stellar finishes he is capable of at Oneida – proved by his Bassmaster Northern Open win on the lake last year – it is a long shot.

What that means is that the battle for those final qualifying spots to be intense. Through the Bassmaster Classic and the Opens and Elite Series double qualifiers, there are only four currently double qualified. Those four are Chapman (who is technically triple qualified with his Central Open win at Lake Lewisville, his Elite Series win at Toledo Bend, and his position as AOY Points leader). Faircloth is double qualified by his win at the Mississippi River in Wisconsin, and his third place position in the standings, Chris Lane, who like Chapman is currently triple qualified by his win at the Harris Chain Southern Open, his Bassmaster Classic Championship and his 14th place in the points. Finally, there is Alton Jones, who won on the St. Johns River, and is currently in 20th place in the points.

Of course, the angler who wins Oneida could also become a double qualifier and there are two Bassmaster Opens left; one in the central, at Fort Gibson Lake, and Smith Lake in Alabama for the final Southern Open.

So, right now, there are potentially three more double qualifying spots available for the 2013 Bassmaster Classic to the Elite Series field ,and what that means is a lot of nervous heads hit pillows last night. As it stands, if we include those three more potential double qualifiers as already there, that makes the total number of Elite Series qualifiers at 36 again. 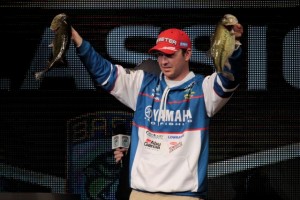 The current points gap between the current, final guaranteed points qualifier, Russ Lane in 28th place, and 36th place pro, Jamie Horton a total of 16 points. It will be a tight battle, and we won’t know the final outcome until Sunday.