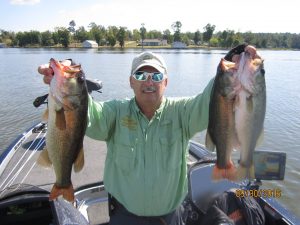 It’s time for two of bass fishing’s most popular entities to come together; frog fishing and Lake Guntersville.  Okay, so they’re not entities, one is a body of water and the other is a fishing technique / lure.  But, the point is, with the SPRO Frog Tournament happening next Saturday on Lake Guntersville, we wanted to explore how the fishing has been with Captain Mike Geary (http://www.fishlakeguntersvilleguideservice.com/), a well-known guide on Guntersville, as well as a SPRO pro Staffer, to find out what anglers fishing the October 8 event can expect.

We spoke to Geary a week ago Friday, and asked him to give us a report on how the frog bite had been at Guntersville.  “The overall bite at Guntersville has been pretty tough, but I’m excited about what’s coming,” said Geary.  “The grass is up and everything looks really good, but the hot temperatures have made the fishing pretty tough; but a little cool weather and that will change.” 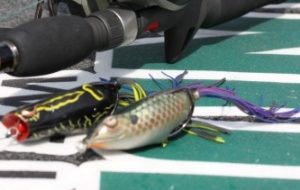 Geary said that he expects certain areas of the lake to be the best producers.  “The best parts of the lake to get frog bites are at the ends of the lake,” he said.  “I’ve been guiding clients for the past few weeks and upriver and south are the most productive areas.”

With that being said, Geary said that while getting a load of bites may not be easy, the conditions could change with predicted cooling temperatures.  “The water is hot, but if the cooling trends they are predicting happen, then the topwater bite should turn on,” he said.  “If a team gets six to eight bites a day in this heat, they should d pretty well, but if it cools off – watch out.”

As far as colors, Geary said it was up to angler preference, but he gave two guidelines.  “I always let the sky conditions dictate how I choose colors,” he said.  “If the sky is high and bright, I choose a light colored frog, if it’s cloudy, I go with a dark colored one; but the actual color is up to the angler; they have to have confidence in it to be effective.”

Editor’s Update
As Geary predicted, the cooling trends that were forecasted to show up, arrived.  Since last weekend, the overnight lows dipped into the high 50’s on a few occasions, but the average low has been in the low 60’s while the daytime highs have been in the upper 70’s to low 80’s.  Water temperatures in the area have been in the mid 80’s, but the week long colder temperatures are bound to have the effect that Geary expected.

We chose not to follow up with Geary and ask for any updates because that wouldn’t be as fun as watching an expected field of more than 100 boats figure out the pattern.  Whatever happens, the SPRO Frog Tournament at Lake Guntersville should be a lot of fun.

Tournament details are below, and registration is open until tomorrow (October 4, 2016).  For more information, see below and visit SPRO online for more lure specific and tournament information.  https://www.spro.com/SearchResults.asp?Cat=407. 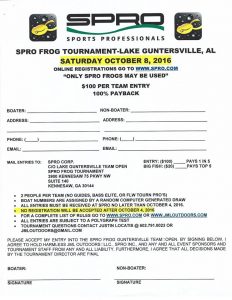