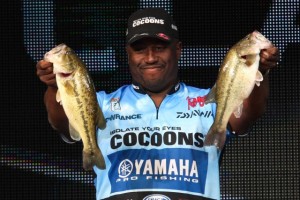 We’ve survived the end of the Mayan Calendar and 2013 is here. College football is over, deer hunting is nearing the point where anglers start to turn their focus back on the water, and there are a bunch of things to look ahead to.

The FLW Tour season will get started first, then the Bassmaster Classic and then the Elite start soon after. Before you know it, the whole fishing world will be at 6,000 rpm’s and on full plane.

So, what are some of the things to look out for in 2013? Who is expected to have a big year, what can we expect from the Classic and overall what are the stories that could be big in 2013? From our perspective, there are a few, and we’ve decided to explore them here.

FLW at Okeechobee
It is now just a month away from the start of the professional fishing season. The FLW Tour is poised to crack open the seal on 2013 with their first event of the year on Lake Okeechobee. There is no place better to open a season than in the sunshine state, especially when the majority of the country is still experiencing cold temperatures.

Okeechobee has long produced mightily in January and February events when the pro tours visit. In the last three tour level events held on “The Big O”, the century mark has been eclipsed by the winner. In 2011 at the first FLW Tour Open, Brandon McMillan topped the field with 106 pounds, 10 ounces. In fact, the top three anglers in that field bested the century mark. Then last year, Randall Tharp posted 101 pounds, 12 ounces in winning the FLW Tour Open on Okeechobee, and Ish Monroe smashed 108 pounds, 5 ounces in lapping the Elite Series field. 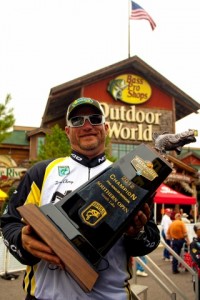 second week of February. If Facebook pictures of anglers wintering there are any indication, it could be another big year for the lake.

The Tulsa Classic
The amount of buzz swirling around the 2013 Bassmaster Classic is unbelievable. Talk amongst the anglers is that it has the potential of being a huge weight event, or a complete disaster, and it all depends on the weather. Most anglers and prognosticators believe that Grand Lake will show itself as one of the best lakes in the country regardless, but if Northeastern Oklahoma gets pounded by winter storms, event getting to the lake could be an unrivaled battle for the anglers.

The Classic could go down as a typical Midwestern affair with jerkbaits, crankbaits and structure jigs being the predominant patterns in clear water. However, if winter storms muddy the lake, spinnerbaits and Flippin’ will come more into play. Problem being, we won’t know until closer to the event what the anglers will face.

Many anglers and prognosticators have all but assigned victory to Oklahoma native Jason Christie, An FLW Tour pro who qualified for the Classic through a victory on the Northern Opens. While he is certainly a favorite, the Bassmaster Classic brings a pressure all to its own, and while he is an experienced tour angler, we’ll see if Christie can live up to the billing. History stands against him as only Boyd Duckett has won a Classic in his home state, but maybe Christie can become number two.

One thing is for certain, this should be an incredibly well attended Classic, as Tulsa, Oklahoma greater and the whole of the region should break attendance records previously set in the Classic. This area loves its bass fishing, and we should see that at takeoffs, weigh-ins and the Classic Expo in just less than two months. 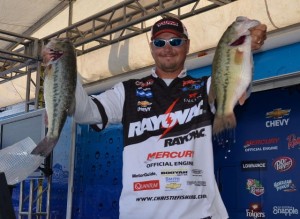 Two Tour Pros
With FLW scheduling around the Elite Series, it opened up the opportunity for there to be two tour pros for the first time in several years. For the pros to be able to compete in 14 events that present the opportunity at a $100,000 first prize is something that has been necessary.

It would not surprise us to see any or all of these guys running both tours; Ish Monroe, Tommy Biffle, Takahiro Omori, Matt Herren, Greg Hackney, Steve Kennedy and Fred Roumbanis. We already know that Christie will be competing on both tours as he has been announced on the Elite Series field and is expected to be the Rayovac team member on the FLW Tour again in 2013.

Migrations / New Additions
There are a few migrations from FLW to the Elite Series that should be watched this year. Kevin Hawk is the 2010 Forrest Wood Cup champion and has proven to be a steady hand on the FLW Tour. Along with Hawk, Hank Cherry has been an FLW Tour pro in the past and an excellent performer at many levels with FLW Outdoors. He now has won in the B.A.S.S. Opens and earned himself a Classic berth and could be a contender on the Elite stage.

We don’t yet have a handle on who some of the hot up and comers could be on the FLW Tour field as their final roster for 2013 has yet to be announced, but there are likely to be some that make a significant impact.

Two to Watch For
A couple of anglers that we will be paying special attention to in 2013 are Randy Howell of Springville, Ala. on the Elite Series side and current Forrest Wood Cup Champion Jacob Wheeler on the FLW Tour.

Howell has always been a steady performer on the Elite Series and being there to see his friend and running mate Brent Chapman break through with an Angler of the Year caliber season could have a positive impact on Howell.

On the other hand, Wheeler has shown himself to be a winner, with a BFL All American 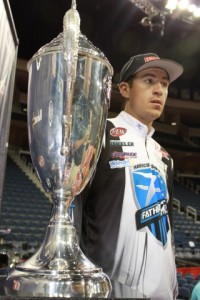 championship in 2011 and Forrest Wood Cup victory in 2012, who knows how high this second year pro could climb.

Those are just some of our thoughts heading into the 2013 season, but it’s going to bean interesting year for sure.