Two Who Spat Against the Wind 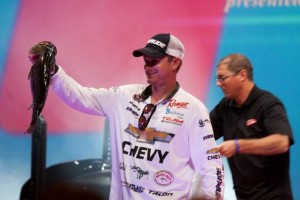 At first glance, the year of FLW Tour pro Anthony Gagliardi and Elite Series pro Kevin Short would seem to many to be the epitome of a verse in Joe Diffie’s Ships song That Don’t Come In;

Only, Gagliardi and Short turned bad circumstance into opportunity revealed. 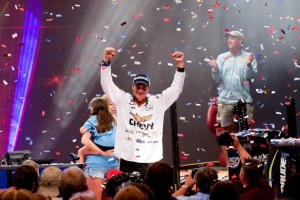 2014 could have been a catastrophe for both anglers; one because of an accidental rule violation, and one because of quite literally a natural disaster.

Gagliardi’s seeming nightmare began when he practiced for the Rayovac Series event on Lake Okeechobee with a Co-angler who was not fishing the FLW event later that month. The ruling left Gagliardi disqualified for that event, meaning a zero on his point total to start the season. With the summer’s Forrest Wood Cup being scheduled on Lake Murray; literally in the Prosperity, S.C. pro’s backyard, things looked bleak.

Instead of completely succumbing to the situation and melting, Gagliardi averaged a 28th place finish in the remaining five events and qualified for the Forrest Wood Cup with 861 points, in 37th place.

The icing on the cake is that Gagliardi would go on to win the 2014 Forrest Wood Cup on Lake Murray; which could not have been a better conclusion to the story. 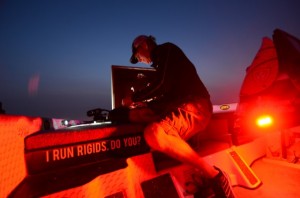 On the other side of the pro ledger, Short was taken down by a tornado that ripped through his Mayflower, Ark. neighborhood while he and his wife Kerry were at Toledo Bend Reservoir preparing to begin practicing for the fourth stop on the Elite Series 2014 schedule. The storm ripped through the neighborhood, destroying the Short’s home, his father’s and unfortunately killing a neighbor.

The Short’s rushed home to survey the damage, check on Kevin’s father and begin the process of combing through the debris for whatever they could locate. In the meantime, Short missed the Toledo Bend event and dropped him many positions in the standings.

While he finished 63rd at the next he event, received the 100 points for BASSfest, he finished the regular season with a fourth place at the Delaware River and a ninth place at Cayuga Lake to move himself up to 34th place, qualifying him to move on to the Toyota Bassmaster Angler of the Year Championship on Bays de Noc in Michigan. Considering the fact that he and his wife have spent much time over the past several summers on those waters, he has a strong chance to qualify for the 2015 Bassmaster Classic. 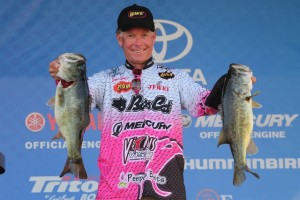 These two stories in my mind are the most remarkable in the 2014 season. Adversity has a way of making people crumble and neither of these to anglers – nor their family support systems – allowed that to happen.

The spirit of competition and the desire to not give in when every indication pointed to their years being a complete washout is inspiring. Their personal efforts and the complete support of their families make Gagliardi and Short’s comebacks from the bleak to the most remarkable successes the most striking stories of 2014.

While the final chapter in the book on Gagliardi’s season has been penned by him winning the Forrest Wood Cup, and the final chapter of Short’s is yet to be written at Escanaba, Mich. in a couple weeks, I have high hopes and expectations that it will be a most excellent closing stanza. However, even if it doesn’t end in a fairly tale; these two stories warranted further examination and recognition.

Both of these anglers stood on what most assuredly were empty shores, spat forcefully into the wind and did not come away with a mess on their faces. Instead, they came away with footprints buried deep in sandy beaches with family and friends nearby waiting to celebrate their overcoming of futility.

I for one, can’t wait to see how it all plays out, especially when they stood on empty shores, spat into the wind and made their own ships come in.