Much has been made recently about the position as the top angler in the world. 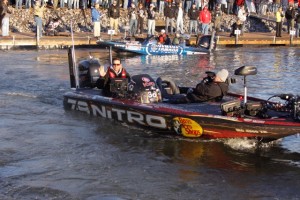 Kevin VanDam – The Best Angler Ever? All Signs Point to Yes – photo by Dan O’Sullivan

In the past, when ESPN / B.A.S.S. did their Greatest Angler Debate, the final outcome saw Rick Clunn given the anointing. That was; however, before Kevin VanDam made his assault on the Bassmaster Elite Series from 2008 through 2011 that had many fans and pundits exclaiming that he had eclipsed Clunn.

But, now that VanDam has missed qualifying for his first Bassmaster Classic in 25 opportunities, there are those ready to stop the presses on the Greatest Angler yearbook and anoint someone else to the throne. While I’m not ready to dethrone VanDam as a competitor going forward, even I will admit that in the one season perspective, he has been eclipsed. However, as I said in my “A Year Without Santa Claus” story published here on August 25; I have a strong feeling that VanDam might be on the warpath next season.

I could be wrong, but I have a feeling that the field needs to beware in 2015.

So, with VanDam being less than his recently historically dominant self the past two seasons, who owns the top spot in the business as the best professional angler going?

Bass Fan’s rankings currently lists Jason Christie of Park Hill, Okla. as their top ranked angler at this point. I’m not entirely sure how their system works, but I do believe it is a two year total that makes up their mathematics. BassAnglerRankings.com is another site that keeps track of finishes for not just professional anglers, but for amateurs at many levels as well, and their system is also a two year system. BassRankings.com currently lists back-to-back FLW Tour Angler of the Year winner Andy Morgan from Dayton, Tenn. as their highest ranked angler. 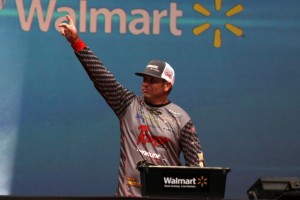 That makes sense, as Morgan has all but completely dominated the FLW Tour the past two years; however, their model leaves room for discussion, as by rights of naming Morgan their highest ranked pro angler, then Cody Meyer should be the second ranked angler, because he has been edged out for the Angler of the Year for most each of the past two seasons by Morgan. Granted, Meyer did stumble in the last event of 2013, but I’d have to wonder (without researching) that Meyer has had a higher average finish than the current second place ranked angler Bryan Thrift of Shelby, N.C.

I know what each of these formulas is trying to accomplish. They are trying to place some objectivity to an all but overly complex situation involving the two major pro tours, along with the PAA events and now Major League Fishing (which has yet to be included in the rankings as a qualifying event).

So, as an educated, dedicated observer to professional bass fishing, who do I rank as my top 10 when it comes to who has had the best season in 2014? Let me start by saying, that I care only about 2014 for the purposes of this story, not a two year model, but rather only this year. I also must start by giving extra credit to anglers who fish, and excel on both tours. It is no easy task to compete on both tours, driving that many miles, fishing that many days and excel doing it.

So, in considering all, here is my list of anglers for my top performers in 2014. 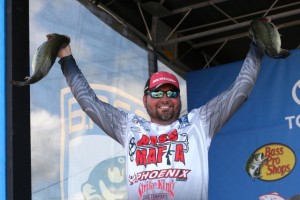 1. Brett Hite – At this moment, I would have to give my nod to the Phoenix, Ariz. pro who has not only won an event on both tours, but managed to qualify for both the Forrest Wood Cup and Bassmaster Classic Championships in this pro season. He had a stronger overall year on FLW Tour, and while he is a lock in the 2015 Classic by virtue of his win at Lake Seminole earlier this year, he is currently in 35th position in the Toyota Bassmaster Angler of the Year standings. Should he fall out of the “double qualifier” realm in the AOY Championship next month, and one other thing happens, I may have to adjust my position here. However, as of now, Hite gets my nod for best angler of 2014.

2. Greg Hackney – This Gonzales, La. pro is another angler I did a story on recently. The story was highlighting how I believe Hackney is the front runner to be the first angler to win the career pro tour Grand Slam – https://advancedangler.com/greg-hackney-running-into-great-ones/ – designating an angler who has won both tour’s Angler of the Year and Championship titles (I believe Hackney will close out his first Bassmaster Angler of the Year next month). 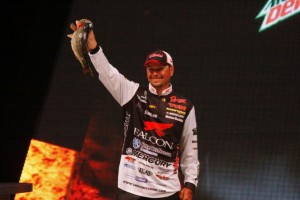 3. Jason Christie – with a sixth place in the FLW Tour standings and an 11th in Bassmaster Elite Series standings currently and a win in the Elite Series as well this season, the only thing that has me ranking Christie third is the outstanding years of Hite and Hackney. Now, if this were a two-year ranking, I would hand Christie the top slot without question because he has been by far the best angler in the world the past two seasons combined. 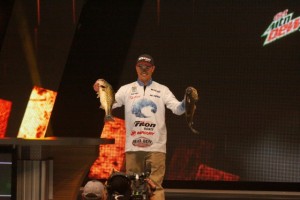 4. Casey Ashley – This Donalds, S.C. pro has also had an unbelievable 2014 tour season. A win in the Lake Hartwell FLW Tour event, a 12th place finish in the FLW Tour Standings along with a top 10 at the Forrest Wood Cup, and 11th at the Bassmaster Classic in February and his current 10th place in the Bassmaster AOY race have me colored impressed. 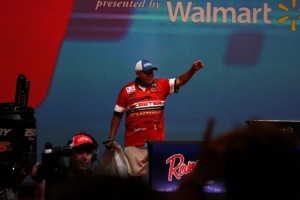 5. Matt Herren – Herren, who also qualified for both tour championships excelled with a top 10 of his own at the Forrest Wood Cup. To me Herren’s 12th place Bassmaster standings and 23rd in the FLW Tour are just enough to have an edge for fifth place in our 2014 season rankings. 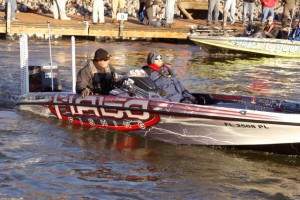