We owe the sport more than we are giving it. 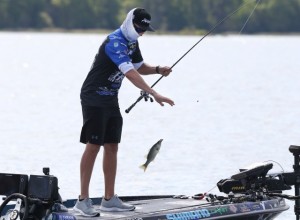 In the past couple of weeks, I’ve watched as the sport of bass fishing has continued further into the depths of the tabloid world.  The on the water incident involving Carl Jocumsen and Boyd Duckett has brought out the marginal in people in the media and the Social Media world.

While I can’t say anything to individuals who want to take to forums, message boards and social media to make assumptions about people’s character – whom they likely do not personally know – I can speak to watching how the media has degraded on this one.

Typically, we at AdvancedAngler stay away from these types of stories, other than to post the news items relative to the story – if they are real news.  To that fact, the only news that we received in regard to the issues at Winyah Bay was from Duckett himself, when he released his statement.  We published it because Boyd is a long time columnist here and because it was the only “professional” move made in the handling of the whole issue.

Little in the coverage of that occurrence between the two anglers, outside of direct interviews with the anglers involved, has been handled in a professional, responsible manner.  Again, Social Media users will react how they do, but those of us in the media have a responsibility to get their facts straight, and handle them responsibly. 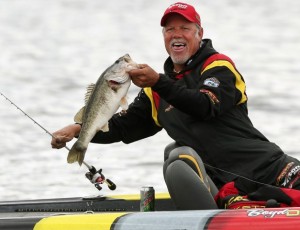 I was not at Winyah Bay, so I personally cannot provide any perspective that could clear anything up.  What I can tell you is that I have spoken to people who were there and who were close to the situation who lead me to believe that there really are two sides to every story, and that the coverage of it has largely been very one sided and vilified one of the anglers.

What really got my hackles up about his topic today is an article I came across relating to the topic that brought up some past events in Bassmaster tournament history, and besmirches the reputations of other anglers.

The problem is, the article, entitled “Bad Taste of What Can Happen in Professional Fishing,” on Bass Prime, a new website that I have only recently come across, doesn’t have its facts straight, and applies new rules to old occurrences in an attempt to point out the shortcomings of B.A.S.S. 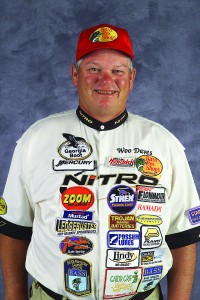 The first such incident it cites is in a Southern Open (they were called Invitationals) in 2002, where Woo Daves pulled the plug from his boat to flood it with water in order to get through a culvert into a fishing area.  The article quotes a rule that states “an angler can not (sic) leave the boat in order to make the boat more accessible to fishing waters.”

In the same paragraph, subtitled, BASS Politics, the author; who is unnamed, writes about Gary Klein’s February 2003 Bassmaster Tour win at Lake Seminole.  While flying into town for the event on a commercial airline, Klein saw dead hyacinth on the lake and made note of it.  He practiced the area, found quality fish and returned there in the event, eventually winning the event by Punching those dead, matted hyacinth fields.

Those two incidents are quoted by the author as being violations of rules that B.A.S.S. officials chose not to enforce, thereby implying some sort of wrongdoing on the part of B.A.S.S. and the anglers.

The truth is, and I have verified with former B.A.S.S. officials, that the rules being used as the weapons in this piece pertain to the current rules for the Bassmaster Elite Series, and were not in place at the time of those incidents.  What Daves did has happened multiple times, with many other anglers in past events when the “leaving the boat” rule was relative to landing fish.  The rule has now been clarified as pertaining to not allowing anglers to do so in able to access fishing locations; however, it does allow them to leave the boat in able to get out of an area if their boat becomes stuck. 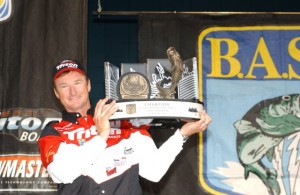 The other, “no flyover” rule, also is a fairly new occurrence in the Elite Series era.  Up until just a few years ago, it was common practice for several anglers to partner in chartering a plane or helicopter to fly over the tournament waterways.  It wasn’t until the Elite Series era that the practice was deemed illegal, or that the off limits period became 30 days.

Not much about our jobs as “Fishing Media” is journalistic in nature.  Much of what we do, even when we try to do educational articles here on AdvancedAngler, is partly promotional because the angler is highlighting sponsor products in the process.  By nature, the only part of our jobs that are “journalistic” are the times when we are covering a tournament, or stating facts such as these in an opinion piece.

While mainstream tabloid outlets like TMZ or the National Enquirer have popularized the sharing of the salacious, it is not something that points to the desirable traits of our human nature that we consume themselves so readily as a culture.  The desire for people to immerse themselves in controversy and drama points to our culture’s degradation of morals and decorum.

While we cannot, as an occupation, control that slide, we have an obligation to familiarize ourselves with the rules of operation if we are going to enter an occupation.  Getting facts straight, and not unnecessarily damaging reputations of individuals are among the most important parts of our jobs as media.  We need to take that part of our jobs more seriously.  This is the only way we can be of service to the fans, the anglers and the industry, as we are supposed to be.