HOT SPRINGS, Ark. (Aug. 11, 2018) – Fishing League Worldwide (FLW), in conjunction with Visit Hot Springs and the Arkansas Department of Parks and Tourism, announced Saturday that the 2019 Forrest Wood Cup, the world championship of professional bass fishing, will return to 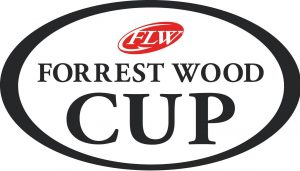 The 2019 FLW Cup will mark the sixth time the central Arkansas area has hosted the sport’s most prestigious championship – one on Lake Hamilton (2005) and four on Lake Ouachita (2007, 2011, 2015 and 2018). The 2019 FLW Cup will feature the most decorated anglers from across five tournament circuits – the FLW Tour, Costa FLW Series, T-H Marine Bass Fishing League, YETI FLW College Fishing and The Bass Federation.

“Hot Springs and FLW have established a great relationship in the 20 years that we have hosted their great events, and we are thrilled and grateful that the FLW Cup is returning to our city,” said Steve Arrison, CEO of Visit Hot Springs. “FLW not only does the best job in the world at putting on a family-friendly event that literally has something for everyone, but it also does a tremendous job of highlighting the great fishing, great attractions and great facilities we have here in Hot Springs. Our entire community always benefits when FLW comes to town — not only economically and publicity-wise, but also from a great, wholesome time for our residents and visitors alike. We can’t wait to welcome them back again.”

In addition to international media coverage, the FLW Cup will again bring the three-day FLW Expo to the Hot Springs Convention Center. Hundreds of exhibitors will be on-site to showcase the latest and greatest gear and products along with games and giveaways for the entire family. Following the Expo, fans are only steps away from Bank OZK Arena where the top anglers from around the world will show off Lake Ouachita largemouth bass.

“The FLW Cup is an incredibly special event where we celebrate our anglers’ achievements both on and off the water alongside the biggest names in the outdoor industry. It requires the right kind of facilities and a community dedicated to the outdoors, and Hot Springs offers up both and more,” said Kathy Fennel, FLW President of Operations. “The central Arkansas region has a storied bass-fishing history and has long been a destination for outdoor enthusiasts. We’re excited to continue showcasing it on the international stage.”

Television coverage of the 2018 Forrest Wood Cup will premiere in high-definition (HD) on NBC Sports Network (NBCSN) Sept 27 from Noon -1 p.m. EDT. The Emmy-nominated “FLW” television show airs on NBCSN and the World Fishing Network and is broadcast to more than 564 million households worldwide, making it the most widely distributed weekly outdoors-sports television show in the world.

FLW is the world’s largest tournament-fishing organization, providing anglers of all skill levels the opportunity to compete for millions in prize money in 2018 across five tournament circuits. Headquartered in Benton, Kentucky, with offices in Minneapolis, FLW and their partners conduct 286 bass-fishing tournaments annually around the world, including the United States, Canada, China, Italy, South Korea, Mexico, Portugal, South Africa and Spain. FLW tournament fishing can be seen on the Emmy-nominated “FLW” television show, broadcast to more than 564 million households worldwide, while FLW Bass Fishing magazine delivers cutting-edge tips from top pros. For more information visit FLWFishing.com and follow FLW at Facebook,Twitter, Instagram, YouTube and Snapchat.