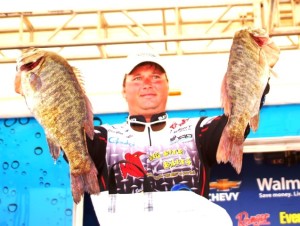 Mountain Home, AR– Premium rod maker Denali Rods has announced the signing of FLW Tour anglers Clayton Batts, of Macon, GA and Troy Hollowell of New Concord, KY to their National Pro-Staff. Both Batts and Hollowell will be making their maiden voyage to the pro side of the FLW Tour in 2014.

Neither Batts nor Hollowell should be considered a true “rookie” though, as both have been competing in FLW events for years and are top sticks at regional events throughout the southeast.

Hollowell spent last season as a co-angler on the Walmart FLW Tour, but will make the transition to the front of the boat in 2014. He was 53th in the Co-angler of the Year points this past season and captured a top-10 finish at Grand Lake. Hollowell also spent 2013 fishing the EverStart Series Central Division as a pro where he finished 10th overall in points. 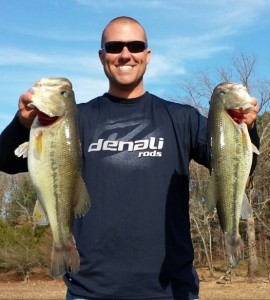 Batts has sampled every level of competition FLW has to offer including two years on the co-angler side of the Tour. Batts owns seven top-10 finishes in FLW events with his best coming at the Detroit River Tour Open in 2012 by placing fifth. He qualified for the 2012 and 2013 Forrest Wood Cup through the co-angler division and took 16th this past August on the Red River – his highest Cup finish to date.

Denali president Scott Estes is excited to have the two up and coming anglers join the staff. “We have been looking to expand our tour level staff and feel that Clayton and Troy are going to make a positive impression on fans of the sport both on and off the water. We look forward to both having a great future in this industry.”

For more information about Denali Rods, go to www.denalirods.com.