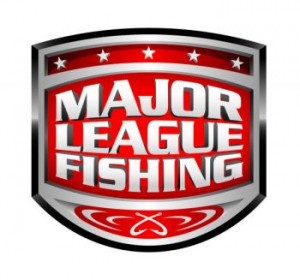 TULSA, Okla. – February 2, 2015 – Jack Link’s Major League Fishing will make its fourth appearance on a major television network when the Championship Round of the General Tire Summit Cup airs on CBS Sports. The competition, filmed in Waterville, Maine, will broadcast on February 8 during an hour-long special episode that will begin at noon ET.

“The appearance of Major League Fishing on CBS Sports validates its increasing popularity. From the time we started filming in late 2011, Major League Fishing has grown steadily. We’ve added anglers, we’ve added events and we are going to continue to grow. But it’s important to remember that we’ve grown because we produce a terrific television show. And we’re certainly offering an outstanding show from Waterville, Maine,” said league General Manager Jim Wilburn.

“We’re extremely pleased that Major League Fishing’s popularity is giving us the opportunity to appear again on CBS. In our sport, there has never been a show like Major League Fishing. Because of the tremendous response we get, we want to make sure we offer our anglers and our show as broad an audience as possible. A championship appearance on CBS accomplishes that goal.”

Developed through a joint effort between Outdoor Channel and two dozen of the world’s best-known bass fishing anglers, Major League Fishing takes viewers inside the boats of the competitors as they battle each other during a six-day event set in various locations across the country. The show captures their efforts as the anglers utilize a demanding format that allows them to weigh all the “scorable bass” they catch. Unlike other competitive fishing events, leaderboards in the boats allow anglers to know their standings at all times.

“We’ve continued to expand the Major League Fishing franchise as a result of the increasing popularity and demand for the unique bass fishing tournament. We’ve added an extra hour to the original series, as well as created ‘Major League Fishing GEICO Selects’ on Outdoor Channel. That combined with the General Tire Summit Cup Championship Round special airing on CBS Sports underscores how we’ve transformed the league’s casting and reeling action into thrilling TV content for broad audiences,” said Jim Liberatore, President and CEO, Outdoor Channel.

Major League Fishing was previously broadcast on CBS Sports twice in 2014 when the Championship Round of the Shell Rotella Challenge Cup aired on May 11 and the Championship Round of the General Tire Summit Cup aired on August 9. Now entering its fourth year on Outdoor Channel, viewers have been enjoying Major League Fishing’s non-stop action since the series launched on the outdoor entertainment cable network in 2012.

Whereas the CBS Sports finale is a one-hour show, viewers can tune into Outdoor Channel on Saturdays at 2 p.m. ET, Sundays at 4 p.m. ET and Thursdays at 10 a.m. ET to see two-hour episodes of the competition that takes place on lakes in the mid-Maine region. Outdoor Channel airs each competition in its entirety, including the championship rounds, followed by a tips and techniques episode featuring the finalists. Moreover, the Major League Fishing GEICO Selects hour-long series launched this quarter on Outdoor Channel with 24 anew anglers competing for one of six spots in a corresponding MLF Cup event.

Jack Link’s Major League Fishing is a partnership of 24 of the world’s most talented, influential professional bass anglers and Outdoor Channel. Jack Link’s is the organization’s title sponsor. For more information about the new game, with new rules and no limits, visit www.majorleaguefishing.com. Follow us on Twitter and on Facebook.

About CBS Sports
CBS Sports, a year-round leader in television sports, broadcasts a portfolio of events on the CBS Television Network, including the only television network with two football packages: the NFL’s American Football Conference and “Thursday Night Football” games; THE NFL TODAY; college basketball, including the NCAA Division I Men’s Basketball Championship; golf, including The Masters® and PGA Championship; college football, including the SEC ON CBS; and CBS SPORTS SPECTACULAR. In addition, the division includes CBS Sports Network, a 24-hour national cable network; produces INSIDE THE NFL for SHOWTIME; and partners with CBSSports.com in creating a recognized leader among sports Internet destinations.

About Outdoor Channel
Outdoor Channel has been taking viewers across America and around the world on unparalleled adventures since 1993. Dedicated to the outdoor lifestyle and conservation, the independent cable network is a division of KSE Outdoor Group and provides a complete spectrum of riveting hunting, fishing, shooting and adventure entertainment. Outdoor Channel is received by nearly 40 million U.S. households – the largest outdoor TV footprint in the country – and is available in more than 50 countries internationally. Outdoor Channel can be viewed in HD and is accessible by broadband and mobile platforms. For program times and other information, visit www.outdoorchannel.com. Follow us on Twitter, Instagram, Facebook and YouTube, and download our iPhone and iPad app. #WhatGetsYouOutdoors