Old Spice Renews with FLW for 2017 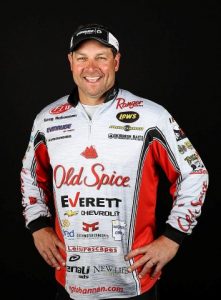 FLW announced today a sponsorship extension with Procter & Gamble to continue to feature the Old Spice brand and products in 2017.

The Old Spice brand will receive exposure at Costa FLW Series and FLW Tour events along with the Forrest Wood Cup. Old Spice will also be represented on the 2017 FLW Tour by 10-year veteran Greg Bohannan of Bentonville, Ark., who will be entering his third consecutive year as an ambassador for the “manliest grooming brand” on the planet.

“I’ve had so much fun teaming up with Old Spice,” says Bohannan. “It’s been a pleasure speaking to outdoor fans all over the country about FLW and promoting Old Spice products.”

In addition to promotion at FLW’s tournaments, Old Spice products will also be featured on FLWFishing.com, in FLW Bass Fishing magazine and as part of the Emmy-nominated “FLW” television show.

“FLW is proud of our relationship with Old Spice and their commitment to the sport of professional bass fishing,” says FLW President of Marketing Trish Blake. “Their products are a favorite among FLW fans and anglers, making our partnership a natural fit.”

The agreement coincides with Old Spice launching its new Hydro Wash body wash, an addition to its Hardest Working Collection, the brand’s highest-performing anti-perspirants and body washes. Hydro Wash is designed for hard-working guys – especially those looking to combat fish and sweat smells after a day out on the water.

In conjunction with the FLW sponsorship, Old Spice will also be a part of the National Fishing and Boating Week expos being held at Walmart stores around the country June 3-11. FLW and its partners will host two-hour expos at local Walmart stores that will be packed with games, prizes and fishing tips from FLW anglers for the entire family. National Fishing and Boating Week takes place the first full week of June every year.