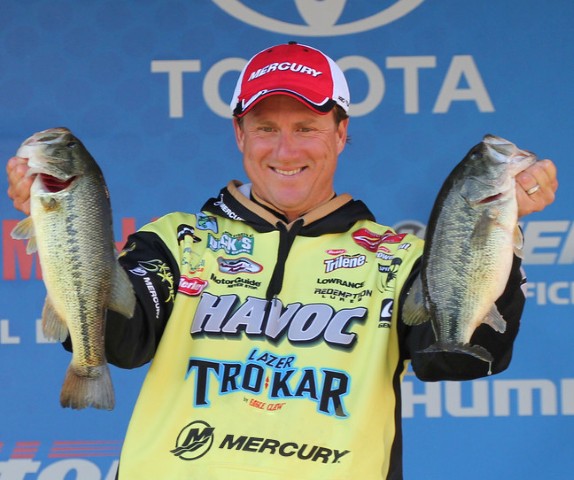 Auburn, Calif. – Skeet Reese, the 2007 Bassmaster Angler of the Year and 2009 Bassmaster Classic Champion will be joining the Ranger Pro Team for 2014.  Reese will be adding Ranger’s new Z521c to his arsenal of advantages starting with the February 2014 Bassmaster Classic at Lake Guntersville, Alabama.

“I am excited to partner with Ranger Boats;  they’re a strong brand with outstanding people and an incredible commitment to excellence,” said Reese.  “I have always prided myself in working with great companies with the best products offered and Ranger fits that description very well.  I’m proud to join the phenomenal team of Ranger Boat pro anglers.”

With a rich history spanning more than 45 years, Ranger has long been the boat of choice for many of the sport’s biggest names.  “Skeet has always been a top notch angler and we’re thrilled to have him on the Ranger team,” said Ranger Boats Vice President of Marketing Bart Schad.  “Our pro staff is such an important part of our company, and not just from a promotions standpoint but research and development of new models as well.  We’re looking forward to spending more time with Skeet and can’t wait to see him kick off the 2014 Bassmaster Classic in a Ranger.”

Ranger Boats builds a full line of bass, multi-species, fish and play and saltwater fishing boats, including the new Ranger Aluminum Series, which is built for the most rugged of fishing conditions.  Ranger Boat Company was founded by Forrest and Nina Wood in 1968 and has helped shape the bass fishing industry, setting the highest standards for performance, innovation, quality and service.

Reese will begin the 2014 season with the Bassmaster Classic, and the 2014 Bassmaster Elite Series in his signature black and yellow color scheme on his new Ranger z521c powered by Mercury Pro XS 250 and matched with MotorGuide trolling motor and Lowrance Electronics.

About Ranger Boats
Headquartered in Flippin, Ark., Ranger Boats is the nation’s premier manufacturer of legendary fiberglass and aluminum fishing boats, which include series of bass, multi-species, fish ‘n play, water fowl utility and saltwater boats. Founded in 1968 by Forrest L. Wood, Ranger Boats continues its commitment to building the highest-quality, strongest-performing boats on the water. For more information, go to RangerBoats.com.

Skeet Reese, a Bassmaster Elite Series pro, is the 2009 Bassmaster Classic Champion and the 2007 Bassmaster Angler of the Year and has compiled more than $3 million in career earnings. Reese has qualified for 13 Bassmaster Classic appearances, and has 62 “Top 10” finishes, including seven wins in B.A.S.S. competition in a 14-year career.