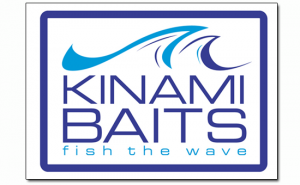 Benton, Ark. – FLW Tour professional Stetson Blaylock has joined the Kinami pro Team for the 2013 season. Blaylock will be using Kinami and Yamamoto baits while he attempts to qualify for his fourth Forrest Wood Cup in five seasons.

In 2009, Blaylock earned the FLW Tour Rookie of the year by a landslide margin. Since then Blaylock has won over $400,000 in the pro ranks. Bringing his total winnings to nearly $600,000 with FLW Outdoors alone.  In 2009, Blaylock won the FLW Tour Open on Lake Norman and became the youngest angler to win an FLW Tour event. 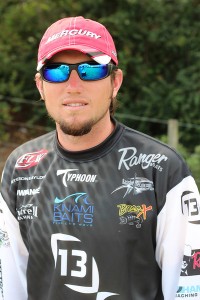 Blaylock appreciates the support from Kinami, “I’ve always fished Kinami and Yamamoto products, there’s probably not a pro angler anywhere that doesn’t. They are without question the best soft plastic bait makers in the world.  Their baits have helped me earn many checks over the years and I know they will be a big part of many more.”

When asked what his two favorite Kinami baits were Blaylock answered, “That’s a tough one, they have so many great baits including the flash shad (a soft plastic jerk bait and I fish a single tail or skirted double tail grub almost every trip to the lake.  My favorites have to be the Kinami Flash stick bait and the Pscho dad punch and flip bait.  The Kinami Flash is absolutely the easiest and best way to catch fish. If you just want to go catch a bunch of fish, tie on a Kinami Flash, put it on a hook and go toss it on just about any body of water. You’ll catch fish.”

Ron Colby, Pro Staff Director for GYCB and Kinami Baits believes Blaylock is a perfect fit for the company. “We’ve known Stetson for quite a while and we like theway he handles himself on and off the water. He’s a consummate professional and a future star in our sport. We are especially proud of the fact Stetson has been using our products successfully for years. It just made sense to add him to our pro team.”