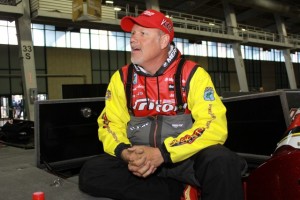 It’s been an extremely busy month so far. Most of my time has been spent moving. Duckett Fishing has finally made the move from Demopolis to Guntersville, Alabama – and so have I. As a result, I’ve spent the past three weeks dealing with what seems like every kind of headache you can have when it comes to moving. Everything around me still seems to be under some form of construction – but at least we’re here.

Until today, I hadn’t really had much chance to put thoughts together about how the Elite Series season ended. I wanted to write this column, but if I’m honest I have to also say that I haven’t really wanted to think too much about how the season finished up.

The bottom line is that Jason Williamson and I are tied for the first spot out of the Classic, and that sucks, especially after I spent the whole season being under the cutline. My only hope to reach the Classic now is to win at Okeechobee in December. The odds aren’t with me, but the odds weren’t with me last year when the Elite Series went to Lake Oneida. I had to win there, and I won. So it’s possible.

If you’ve read my columns and blogs during the past six years, you know that they are designed to tell you honestly what it’s like to fish at a high competitive level, but I also hope they’re a teaching tool. I’d like to see you get better.

I’ve never made claims about how good a pro angler I am, or where I think I rank. For one thing, that’s a moving target. For another, I just don’t think a lot about that. But I can say that my history shows I’m a pretty good angler when my back is to the wall. Five of the past six seasons I’ve needed a solid finish at the last event to secure my Bassmaster Classic spot, and I had always made it – until this year. So it’s tough to talk about the end of the season. 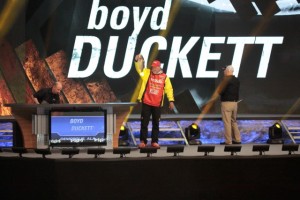 When I take a hard look at it, though, there are four primary lessons that I took away from the year. To understand those lessons, I probably should take you back to what my goals for the season were, and how I planned to achieve them. That will give the right context for the lessons.

My overall goal this year was to fish conservatively and make the cut every tournament, if possible. By doing that, I would be virtually assured of making the Classic. It’s a different approach, and I’ve never tried it for an entire season. It’s against our nature and it’s not satisfying, because it means you’re not actually fishing to win. You’re fishing to place.

All that said, every tournament this year I took the safest route possible. I found places where I knew I could catch a respectable limit, and I lived in those places. I rarely got in the mix for the huge bites, because I didn’t want to take the risks involved with “swinging for the fences.” The simplest way to say it is that I didn’t take the chances other anglers took to win events.

Here’s why I did it this way. First, I am still getting my game back from two years ago – that terrible 2011 season where I finished in 84th place. It was the worst fishing year of my life, and I’m never going to let that happen again. This year was another step in the process of re-learning to fish smart. I didn’t need to spend my time taking critical chances and losing time – things that often happen when you pursue first place.

Another reason I fished the way I did is because – as I said – I didn’t want to take unnecessary chances. Whereas I would love to have had some Top 12’s this year, the way I fished made dead certain that I was never going to finish in 90th place. A 90th-place finish is the quickest way I know to kill a season.

The final, and maybe most important reason, I took this approach – which I call the Saturday Scorecard approach – was to set a consistent measuring tool for the season. Next year it will be something different.

So here are four things I learned, and a couple of these might be really obvious: 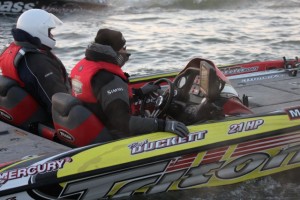 When I fished the final Open event of the year at Lake Erie, I finished well out of the money. In fact, I was out of the competition after Day 1. But I fished aggressively, and if I’d gotten the two or three really fish in the boat that I missed on Day 1, I would’ve been in the hunt to win.

I also promise you that when we crank our boats on Lake Okeechobee in December, I’ll fish aggressively.

After considering everything I said in this column, I’ve come to a final conclusion. If an angler could do the following two things, he might be the perfect angler:

First, he would have to go out in practice and pinpoint two things – where to catch a limit and where he might find really big fish.

Second, he would have to know when to go for broke and when to pull the plug and go to the conservative game plan.

Yep. If an angler could consistently master that, my friends, he would be the perfect competitive angler.