Time for another installment of Alan McGuckin’s Dynamic 5, 4, 3, 2, 1 photo essay.  This Time it’s from the Bassmaster Elite Series event at Lake Dardanelle in Arkansas.  This time he focuses on barbequed rice, burgers, Terry Scroggins and Cliff Prince.

From barbequed rice to burgers made of fresh ground chuck — this portion of the Arkansas River features good eats and a healthy fishery too. 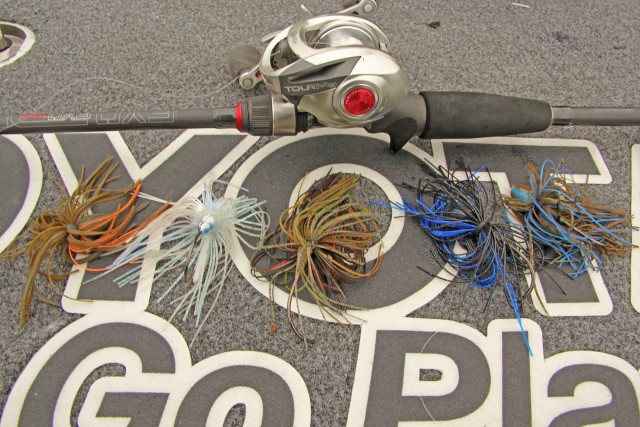 Five jig colors we found in one pro’s boat. Can you guess what pro it was? Black and blue still seems to be the most popular jig color among the Elite Series field – and here at Dardanelle is no exception. 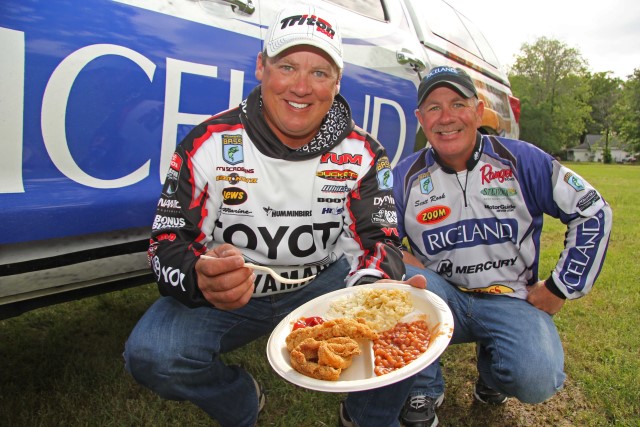 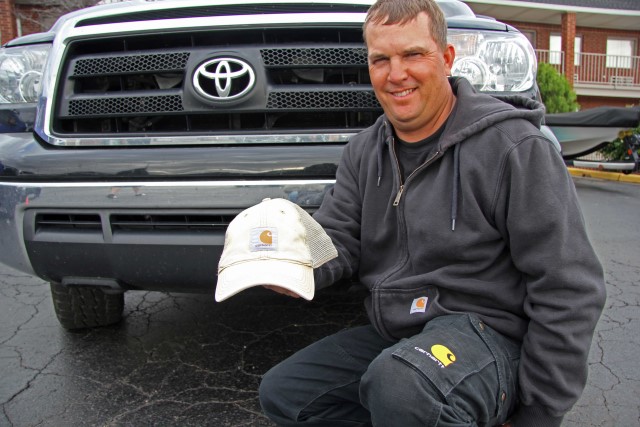 Three pieces of Carhartt clothing we found Florida pro Cliff Prince wearing in his hotel parking lot. 1) black cargo pants; 2) a lined hoodie; 3) a very, very, sun-bleached hat. “I’m not sponsored by Carhartt, and I wasn’t trying to be a fashion model,” laughed Prince. “I just love their clothing, and this particular hat has become my good luck hat in practice – I wear it just about every day of practice.” 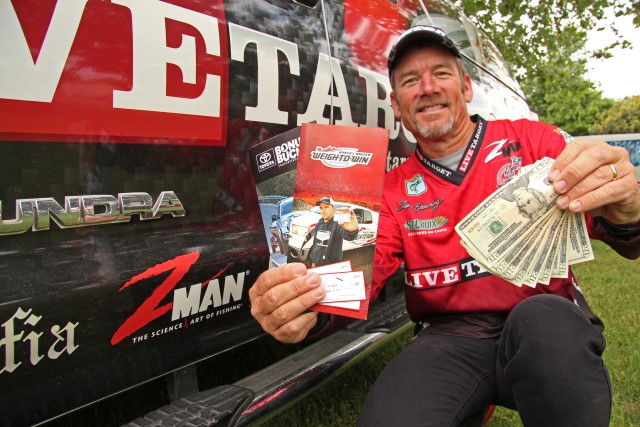 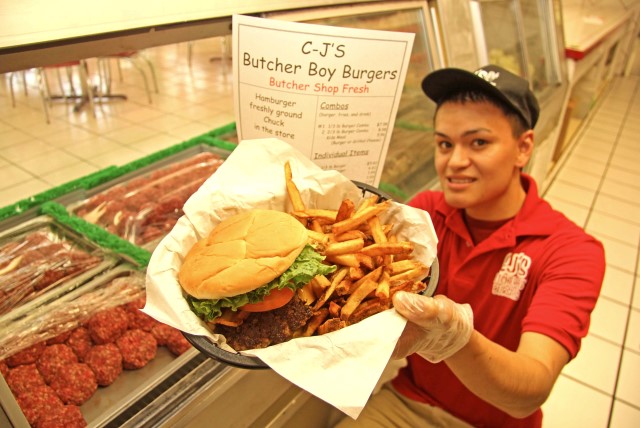 One place you should plan to eat when in Russellville, Arkansas at Lake Dardanelle: CJ’s Butcher Boy Burgers. Located at Exit 81 on I-40, 2803 N. Arkansas Ave. You know it’s good when you get to see all the fresh ground chuck in a meat counter display before they toss it on the grill. Very clean inside. Decorated with a 1950s theme and music playing overhead. Fresh cut fries too.