Alan McGuckin of Dynamic Sponsorships sent us his 5, 4, 3, 2, 1 photo essay on the Bassmaster Elite Series on the St. Johns River event.  Fitting that he should choose to highlight not only one of the best anglers in the business, but one of the true good guys on tour as well.  You all know Terry “Big Show” Scroggins from The Bassmasters on ESPN2 and The Outdoor Channel, but what you don’t see is his kindhearted nature.  Scroggins is always ready to lend a hand, feed a crew at his home before events and even make sure you know where to go catch a bass – even if its on his home water. 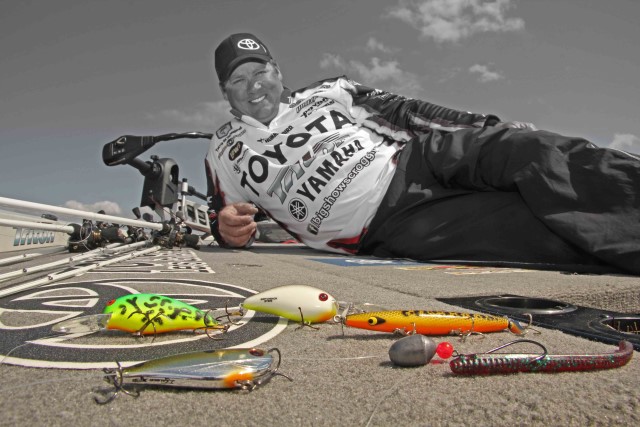 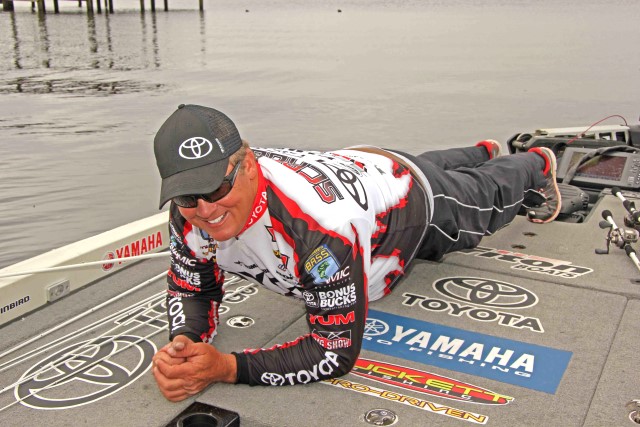 Four things you may not know about Scroggins: 1.) He can perform an isometric abdominal plank exercise for at least three consecutive minutes 2.) Prior to becoming a pro angler he painted cars and drove a tow truck for 15 years. 3.) He likes to fish with spinning tackle equally as much as baitcasting equipment. 4.) He has two beautiful blonde-headed grandchildren. 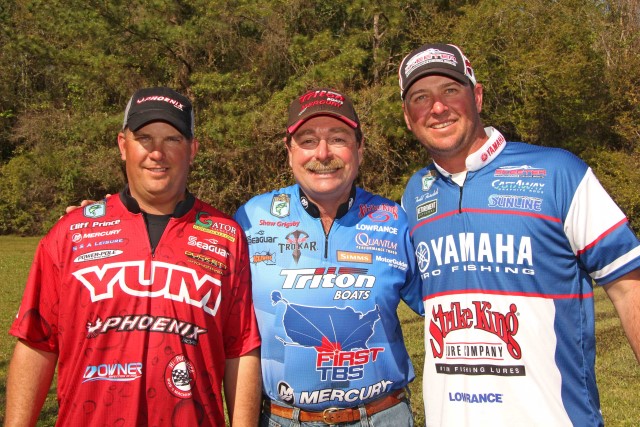 Three pros other than himself that Scroggins chose for his B.A.S.S. Fantasy Fishing team here on his home waters this week: Cliff Prince – he also grew up here. Shaw Grigsby – he only lives an hour away, and when the bass are on spawning beds, he may very well be the best sight fisherman that’s ever lived. Todd Faircloth – he seemingly catches ‘em everywhere we go, and he finished really high here in 2012. 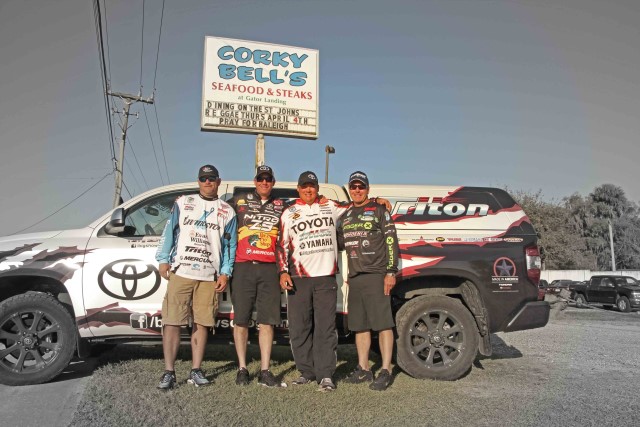 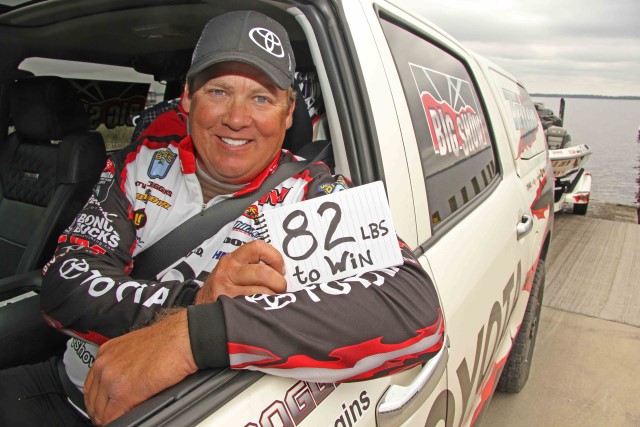 One guess what the winning weight will be: 82 pounds. Scroggins added that he thought an average catch of 12 or 13 pounds a day would be good enough to land in the Top 50 or so places necessary to haul home a paycheck.