Getting ready for the first FLW Tour Major on Beaver Lake was not one of the smoothest starts to a season I’ve ever had. 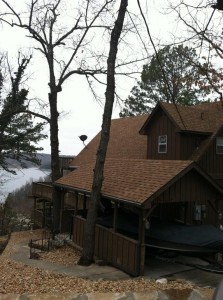 I had to borrow a boat for the tournament; which I was picking up in Kentucky the day before the tournament. I figured I’d get over there, pick it up, get it loaded and charged up for the first practice day; I wasn’t so lucky. The weather slowed me down, so I didn’t get back to where we’re staying until almost midnight, and then the batteries wouldn’t take a charge, so those had to be replaced.

Long story short, I ended up missing my first practice day on Beaver Lake. But, it didn’t go so bad; I think I found something to go on. I found a pattern with jigs and crankbaits that I think will help me do okay. 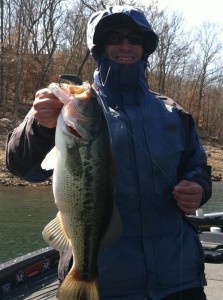 I didn’t get a bunch of bites, but I think I found something to start with, and if I can make it work for a limit each day, I’ll be alright. I didn’t get a lot of small bites, in fact everything I caught in practice was between three and four pounds.

I’m just going to go out there and see what I can pull together; hopefully it all turns out alright.

I’ll talk to you after Beaver Lake.