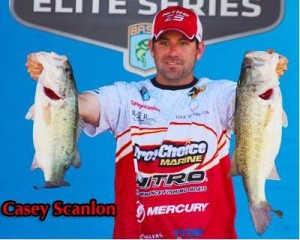 The last time we talked I was on my way to deer camp in Texas to shoot a deer and sample some squirrel gravy. We did both. After passing on many smaller bucks, I shot a small doe to put some meat in the freezer. The squirrel Gravy was awesome. I can honestly say I will never look at a squirrel the same way after tasting it.

After our Texas hunt I headed down to Louisiana to spend the week with Mike Holland, owner of Bass Kandi Baits.  The purpose of the trip was to test the new BKB Swim jig and BKB Flip ‘in Jig that I designed for Bass Kandi Baits.  Mike, FLW pro Wade Le Blanc and myself tested the newest version of the baits on several different lakes, rivers, and swamps in Louisiana and the results were awesome.  We managed to catch a bunch of fish on both jigs and I got to do a little scouting for the upcoming Elite series event on the Sabine River, so it was a very successful trip.

I’m really excited about the new Bass Kandi jigs, which should be available sometime in March or April.  I have been working on these jigs for several months and we have made a bunch of changes along the way. We now have the finished product and I couldn’t be happier with the results. These Jigs have all the features I look for in a jig and are extremely versatile and snag resistant. I think you guys will really like them.

Last week I had a chance to visit Luck-E-Strike and I am really excited about the future.  The offices were beautiful and we had an awesome walleye lunch at a nearby game preserve lodge. Luck-E-Strike will have a much larger presence on my boat wrap this year and I’m proud to be representing such a great company.  Expect to see some new baits and packaging from them in the near future. I can’t wait to get out on the water and sling my Luck-E-Strike squarebills and jerkbaits around.

Now that the year has started and our resolutions have been made. I’ve started to prepare my tackle and get my new Mercury powered Nitro Z-9 broke in and ready for the Elite Series Season.  It’s been a lot of work organizing tackle, cleaning rods and reels, and spooling up with Maxima line but I’m almost done.  Now that I’ve returned from the Classic I’ll put the finishing touches on everything and pack the truck up to head to the first Central Open on Ross Barnett.

You can keep updated on how my season goes on my Facebook page: https://www.facebook.com/CaseyScanlonProfessionalAngler?ref=hl