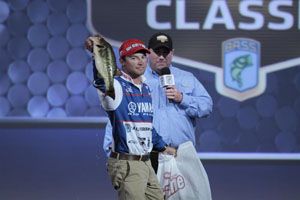 Fishing in his first Bassmaster Classic, 23 year old Brandon Palaniuk; the winner of the 2010 Federation Nation National Championship impressed the crowd and the media with a robust performance against the world’s best anglers.  Palaniuk was no stranger to higher levels of competition; since being a young teenager he has competed against adults in his home state of Idaho.

He took that experience and performed his research in pre-practice like a much more seasoned angler.  “I pulled up as much information as I could on the internet,” said Palaniuk. “I scanned weather conditions, past Classic information and current fishing reports for hours, trying to establish a plan of attack for my pre-practice.”

His research led him to believe that the Bayou Black would provide the best opportunity for him to win the tournament.  He went to the area for pre-practice and planned on spending ten days on the water.  Eight of those days were spent thoroughly investigating Bayou Black; he spent the other two days in Cataouatche. “I even spent a little time in the Tank Pond, the area that I fished during the tournament,” Palaniuk reported. “However, I didn’t spend much time in there because at the time combustion engines were restricted; I still planned on Bayou Black being my primary area.” 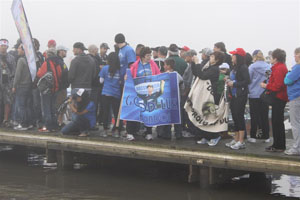 Three Day Practice
When he arrived for the practice a week before the tournament he went directly to Bayou Black to recheck his area. Upon arrival, the water was much colder and two feet lower; he only got three bites, so he abandoned it.  After spending two of his practice days in Bayou Black, he was only left with one full practice day to explore other areas.

Palaniuk’s home lake, Coeur d’Alene in Idaho gave him a basis for exploring Cataouatche and the Tank Pond.  “I pulled in there on Sunday’s practice day and saw a lot of boats, but they were all on the bank,” Palaniuk said. “My time on Coeur d’Alene has shown me that a lot of times, the bigger fish pull up into flats in the middle of the lake to spawn first, so I looked there.”

When Palaniuk immediately got bit, he really felt at home.  He then proceeded to idle the flat with his Lowrance HDS and Structure Scan to see what was in the area.  What he found were stumps on the flat which he could bang his lure into, and in doing so he caught two 3 ½ pounders and left the area.

He stayed out of the area during the official practice day not wanting to add additional pressure.  He would not find out the quality of what he found until the first day of the event.

Tournament Day 1
Palaniuk chose a 7’ Abu Garcia Veritas medium action rod and Revo Premier Reel with 6.4:1 retrieve speed. He filled the spool of his Premier with 15-pound-test Berkley 100% Fluorocarbon line to which he tied a Luck Craft RC 1.5 crankbait.  However the lure would not make it through the first day of the tournament. 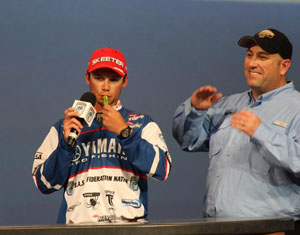 When he broke the Lucky Craft, he switched to a Bandit 100 crankbait in Louisiana Shad color. “The funny thing about that Bandit crankbait is that I bought it off a clearance rack for $1.00,” Palaniuk revealed.  “That little crankbait would produce all but one keeper during the tournament. “  The only other bait he would catch a keeper on was one fish he caught on green pumpkin Berkley Havoc Pit Boss creature bait designed by Berkley teammate Skeet Reese.

It didn’t take long for Palaniuk to find out he was I a quality area when he arrived to fish the first morning following the fog delay. “I couldn’t see anybody in the fog but I could hear them casting and talking,” Palaniuk quipped. “When I heard someone say ‘you can have this spot Kevin’ I recognized that I was in a good area. Knowing Van Dam always fishes to win, I knew that I had found a quality area because Kevin started there.”

He would catch six keepers all day. Palaniuk would find himself in 11th place having weighed 14 pounds, 10 ounces on the first day of competition.

Tournament Day Two
The anglers were greeted with a thick fog that delayed the launch by nearly three hours.  To Palaniuk the delay was enjoyable, instead of worrying about losing fishing time, he found himself otherwise engaged. “I really enjoyed talking to the fans that came to the take off,” said Palaniuk. “To be able to interact with them made it a very relaxing environment.”

When they were finally allowed to take off at 10 minutes to 10:00, it didn’t take long for Palaniuk to get to work. He caught his first keeper in the first five minutes and he had livewells of his Skeeter full by noon.  “My first limit was decent but it took me a little while to upgrade my catch,” said Palaniuk.  “It seemed as if the afternoon bite was better for quality fish and that’s exactly what happened.”  By day’s end he had caught 12 keepers, culling up his total weight to 17 pounds, 14 ounces, giving him a two day total of 32 pounds, 8 ounces, moving him up in the standing to fourth place. 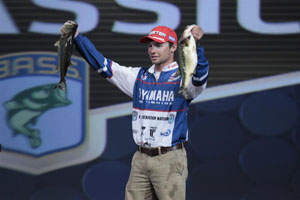 With so much riding on the line, one would think that he would struggle to get to sleep but he said just the opposite. “I slept good, and woke up excited to go fishing because I knew this spot had winning potential,” Palaniuk said.

Tournament Day Three
For most who fished in Cataouatche the day proved to be magical and it was no different for Palaniuk.  He was able to catch as many as 25 keepers which pushed his daily weight to 22 pounds, 15 ounces giving him a total of 55 pounds, 7 ounces; which placed him fourth in the standing by the end of the tournament.  “Things started quickly when we got there and didn’t really let up all day,” said Palaniuk.  “Everyone was catching them; it was a great day on the water.”

Keys
Palaniuk said that it was important to slow down the retrieve on his crankbait to draw the bigger strikes. He also said that it was critical to make some sort of contact with the stumps on repeated casts. “The stumps seemed to have plenty of grass around them,” Palaniuk said.  “Strikes came when I bumped the stump with my crankbait or as I ripped it free from the grass that was next to the cover. It was also important to make several casts to individual stumps to trigger strikes.” 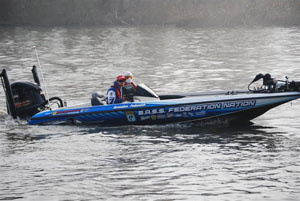 The Feelings Afterward
Palaniuk said that he has had a little time to reflect since the tournament has ended. He has spent time with family and friends and that has given him perspective on his accomplishment. “To finish fourth in the Bassmaster Classic is a great feeling,” Palaniuk said. “It’s similar to when I won the Federation Nation National Championship, but a little different emotionally. The national championship really opened a lot of doors for me and showed me how many supporters I have in the sport.”

“The feeling of coming into the arena at the Classic and being able to pull those big fish out of my live well and hear the fans go crazy is something I will never forget. I just hope I get the chance to do it again many times.”