Bradley Roy–In Front of Everyone

Bradley Roy is young – still. Having just turned 22, he has fished the Elite Series as the youngest competitor for the last 3 years. He will be the youngest again in 2013. He has experienced the pressure of Ultimate Match Fishing and endured losing a final day lead to KVD and David Walker. Fishing fans have seen his results, good and bad, right there in the standings. That’s the thing about learning your craft on fishing’s biggest stage – everyone is watching. 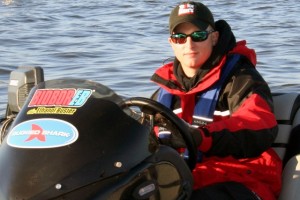 “Going pro as soon as possible was my plan. I decided that when I won the Junior Bassmaster Championship in 2004. I graduated high school a semester early and gave myself two years fishing the Bassmaster Opens,” recalls Roy.He made the Elite Series the first year.

Why did Roy desire the Elites at such a young age? “Time on the water is crucial. I saw fishing the Opens and Elites as a way to get on the water more. I wanted to expedite myway through the learning curve. It is expensive to do it this way but I feel like long-term it willpay dividends.”

Bradley fished eight Elites and six Opens in 2012 – his most ever. “Only after finishing the 2012 Elite season with two bombs did I take serious stock of the situation, my career path and mental approach. I have the best equipment available and my fishing skills are at an Elite level too. It is a mental game now,” he says.

“I stay positive because trials develop character according to a Bible verse I refer to often. I consider it pure joy when I face trials because I know it tests my faith and produces perseverance so that I will become mature and complete, not lacking anything,”Roy reflects.

“The downside of a fishing careeris the time away from close friends, little time for making new friends and missing a college experience. I’ve been attending the satellite campuses of the University of Bassmasters and am essentially entering my senior season,” he laughs. “I pledged the Phi Kappa Bass fraternity and am paying my dues out here. Tuition is high…but I would not trade it for the world.” 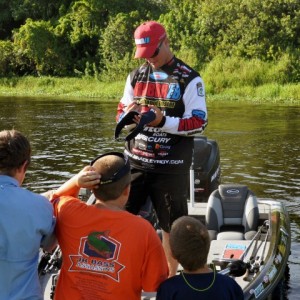 Early on, Roy set high standards for himself – not focusing on his A.O.Y. standings but finding winning patterns. “I always went in to determine what the top finishers would do to win an event. The first two years on the Elites I never went to say a big-weight, sight fishing event and bailed out for small limits. My thought was that to be one of the top guys of the Series I needed to learn to win so that that when I hit my mid-20’s I could be right there with them.”

“This past year I took a different approach – setting out to make the Classic for the first time. I was in position to do thatgoing into the last two events.” 94th and 95th place finishes ended those chances. A mechanical issue contributed to the Oneida bomb but the 94th at Green Bay, the Mystery event, was appropriately named for Roy. “I still don’t know what happened there.”
“I have to meld these two approaches and take it day by day. I must take what I find, call on my experience,and do my best that day. Fishing for a particular place in the standings is counter-productive.”

Roy sees his youthful experience as a positive way to reach the next group of anglers in line. For high school and college anglers he offers some points:

> Fish as much as possible against good competition.

> Find an experienced mentor or two and learn from them. Ask them to take you under their wing and teach you everything they know.

Having been mentored first by his father and then Elite Series anglers Mark Menendez and Greg Vinson, Roy is now helping young fishermen in his community. He is working with teams preparing to compete in Kentucky’s first state-sanctioned championship. “The Kentucky High School Athletic Association made bass fishing an official sport this year. It is a huge step for Kentucky’s youth. I am delighted to help these kids learn more about the sport. And I hope one of the teams I help wins the first-ever state championship.” 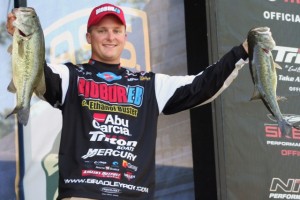 Kentucky high school anglers interested in having Bradley work with their team can reach him through his Facebook page –www.facebook.com/ProBradleyRoy.

Is Bradley Roy young? Yes. But his youth is not what most people remember when they meet him. “The biggest compliment someone can give me is that I seem much older than my age. That reaffirms I am developing character and maturing. Hopefully someday I will become ‘complete, not lacking anything.”