Mike Folkestad and his Old Tackle

The modernity of bass fishing has reached a peak in 2011. From Sonar at the Bassmaster Classic, The Hydrowave units that call fish, to the continuing evolution of Structure Scan, Downscan, Side Imaging, Down Imaging or the ability to zap a laser beam into the water and paralyze the lures of your opponent.

Of course I’m kidding on that last one – but maybe… 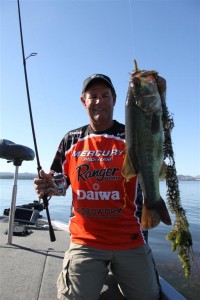 One professional angler that has seen the gamut of the sport’s technological advances is Yorba Linda, Calif. pro Mike Folkestad. Folkestad is a former Bassmaster Tour pro, who won a Bassmaster Tour event on Florida’s Harris Chain in 1992, and has been to the Bassmaster Classic as a competitor.

He has fished the FLW events since they first started in Western States and he has been a fixture on the Western Tours for seemingly ages.

His position in Western Tours has not been as a wall flower though. Folkestad has been a dominant force for many years, and his presence at events has always meant looking for him in the standings.

Now in his 70’s, Folkestad has seen it all. Everything he uses is a technological marvel. An accomplished deep water expert, Folkestad is so proficient with his needle thin Daiwa finesse rods, and spinning gear that any time the bite is offshore, Angler Beware. He has watched as Ranger Boats have become more valuable than some houses and the technology of his Mercury Pro XS 250 has exceeded expectations. Heck, even the signature Roboworms he uses on his drop shot rigs are poured by robot.

But, that’s not to say that Folkestad forgets where he came from, and he certainly remembers what kind of gear he first used when getting into bass fishing. Our own Jody Only got the chance to take a stroll down memory lane with Folkestad at his Yorba Linda home, and she came away with this video tour of some of the gear that started a career.

Folkestad shares with her an antique Bass OReno lure and one of his first Zebco baitcasting reels, as well as a few other items. It is a unique stroll down fishing memory lane with one of the sport’s true legendary figures. 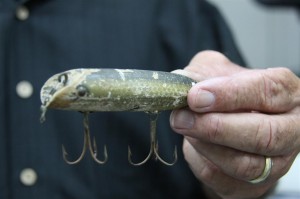 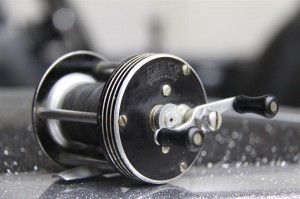 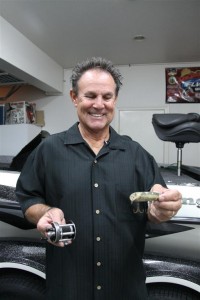