Most anglers know that fishing lures come in a veritable plethora of styles and colors. They are also made from a variety of materials; hard and soft plastic, composites, foam and of course, wood. For years, especially in the early years of lure crafting, bass lures were made primarily of wood. 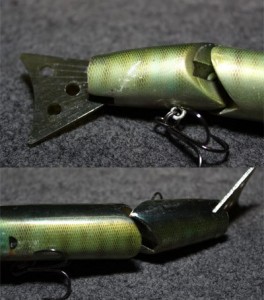 Lure craftsmen would carve their artwork from a variety of available lumber types; cedar, basswood and balsa have been used over the years. While the properties of each type of wood varies, there is one thing they all have in common; wood lures require care to retain proper function and longevity.

Never has the proper care of wooden lures been more important than in the modern day of swimbaits and hand carved wooden crankbaits. A number of manufacturers, usually cottage styled craftsmen that hand carve each one of their creations, and some of those creations carry the price tag of modern art.

While a high priced, hand carved lure can carry a price tag that reaches several hundred dollars, even a moderately priced model can cost nearly a hundred dollars. Some of the handmade crankbaits today can be upwards of $20, either way, they are hardly investments worth sacrificing to lackadaisical maintenance practices.

One of those manufacturers realizes that purchasing a hand carved wooden lure is a serious investment, and he decided to share his care methods to help all anglers make their baits last longer, and retain their effectiveness throughout their lives. 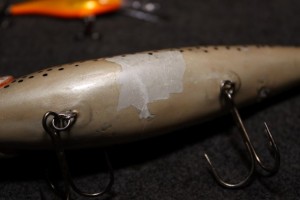 Jeremy Anderson is one of the owners of Black Dog Bait Company. Black Dog made their first public appearance with their Shellcracker, a series of jointed wooden bluegill, and then turned to their topwater walking bait called the Lunker Punker. They have also recently released their Go 2 Minnow, their third wooden creation.

While Black Dog Bait Company came to the market in 2006, Anderson has been making hand carved lures in his garage since he was young. “The first lures I made were as a result of a lure making contest that my dad set up,” Anderson said. “We made some crazy creations, but they were all carved from blocks of wood.”

“The biggest thing anglers need to protect their lures from is taking on water,” he reported. “A wooden lure that takes on water will cause irreparable damage to the lure; but there are ways to avoid it, and ways to keep it from happening.”

Causes of Damage
Anderson said that there are several items to pay attention to in regard to where damage can happen that anglers need to heed.

Casting
Anderson knows that bass live in heavy cover, and that catching them requires careful presentations. “Impacting cover while you’re fishing is a good thing, during the retrieve,” he said. “However, striking objects while casting can do the most damage to a wooden lure; especially rocks.” 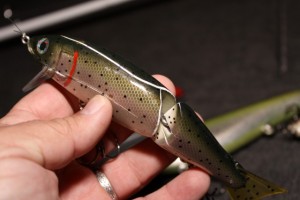 Normal Use
Even normal casting and retrieving can cause damage on wooden lures, hook scars from swinging along the belly of a lure can completely remove clear coats, paint and primer, and if not properly cared for; can dig into the body of the lure itself.

One other item to watch for is loosening of the hardware. “If the line tie or hook hangers get loose, water can seep into the bait there as well,” he cautioned.

Loose Lips Sink… Lures
Anderson warned that not only can a loose diving lip make a lure not run properly, but the vacant space around the base of the lip can be a place that water absorbs into the body of the lure. 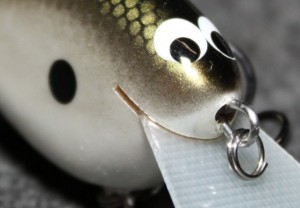 Repairs
Even with all of these potential problems that can arise, Anderson said there are ways to remedy all of these issues.

Pit Stops
More often than not, damage occurs while on the water when an angler wants to be fishing with his prized bait, and while it might take a few minutes to make a repair, the lure will be able to fish again quickly. “A wood lures best friend on the water is Super Glue,” Anderson said. “Filling cracks in paint, hook scars, impact spots and teeth marks is done easily with a tube of Super Glue.”

He said that it is critical to use the glue sparingly, and to give it five to ten minutes to cure before resuming fishing.”

Into the Garage
More major repairs require more extensive work, and for this, Anderson recommends using a good two part, five minute epoxy to make repairs. “Mix these up in a little disposable cup or dish, and apply with a Popsicle stick or other smooth instrument to seal the damage,” he said. “Try to apply the epoxy in layers as opposed to one large amount to allow it to cure and spread properly.”

Anderson also said that two part epoxy is the best material for repairing a loose diving lip, saying that the first thing to do is to remove the lip if possible, then fill the gap with epoxy. After filling, press the lip back into place being careful to keep it straight, and to only push it in as deep as it was installed by the manufacturer. “The best way to know how deep to install the lip is to use the paint line on the lip as a guide.” After pressing in, wipe the excess epoxy off with a towel and allow to cure.

He stressed that safety is important when using two part epoxy. “Use it in a well ventilated area and wear gloves and safety goggles, as this can be nasty stuff,” he said. “Let each layer cure properly, use the proper safety precautions and your bait will be protected from the water once again and ready to fish.”

Custom repairs can be made by coloring in the scars on the bait with a paint pen before applying the epoxy, Anderson said that it gives the lure an injured look that can trigger strikes. 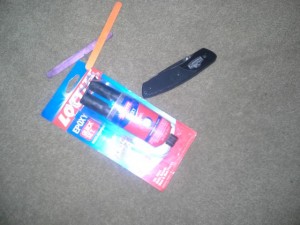 Wooden lures have long held the fancy of anglers, as they have unique properties that seem to trigger response form gamefish. Anderson knows the allure and says that anglers could find years of use given the right circumstances. “These things will last for years if anglers take the time to care for them properly; it just takes a little time and effort, but they can provide years of fish catching action.”