Every angler has his own favorite technique. Whether it is a topwater bait, a jerkbait, Flippin’ or frogging; there is one thing that gets us charged up more than others. Of course that “thing” may be completely different for one angler as it is to the next; but, every angler has it. 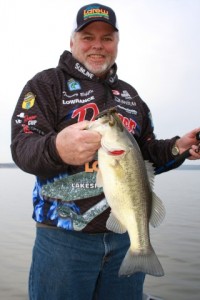 While each one of those names listed, and several others have been identified with one particular style, bait or technique, they also have another thing in common. The vast majority of anglers on the National tours have another thing they are good at, that they can turn to when the chips are down.
In other words, they tend to be a little more versatile than they are given credit for.

A look at recent events can give us a clue to their versatility, but can also tell us that we need to have another thing to do in order to consistently catch bass. whether we are in a tournament or just out fun fishing, an angler who has two strong techniques mastered is likely to catch more bass than the rest of us.

Unusual Results
Let’s look at the past couple of seasons and see how many anglers have won events doing something other than what they are known for.

Mike McClelland, from Bella Vista, Ark. has long been associated with a football jig. His Elite Series wins in 2006 and 2007 were attributed to his mastery with a football jig. However, McClelland has proven himself to be quite adaptable. his third win on the Elite Series came on Florida’s Harris chain of Lakes in 2008 by pitching a Texas Rigged Zoom Trick Worm to lily pad stems. But, McClelland has also proven his ability with a jerkbait as well.

In fact, his skills with a jerkbait have led to a family of jerkbaits produced by SPRO, the McStick and McRip. McCelland used his signature baits to get to the finals of the first event of Jack Links Major League Fishing Challenge Cup presented by Busch Beer. 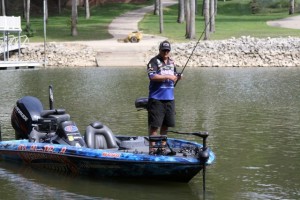 Oklahoman Edwin Evers is an excellent angler who found himself atop the standings of a most unusual event when he won the Lake Erie Elite Series event in 2007. Being a guy who is most at home with heavy line in dirty water, Evers grabbed victory by using a dropshot rig offshore for Lake Erie Smallmouth, and he has used light line techniques on tour many times since.

Like Evers, Texan Todd Faircloth also used a dropshot rig to win the final event of the 2006 Elite Series season at Table Rock Lake. Faircloth, who is known for his mastery of shallow grass fishing showed just how important being able to fish with your back to the bank is.

Several anglers have proven that theory this year as well. At the latest Elite Series event on Lake Michigan at Green Bay, Wis., three anglers normally known for keeping their trolling motors in the dirt placed in the Elite 12 with finesse rods. Dean Rojas, James Niggemeyer and Ish Monroe all used a dropshot rig or finesse wacky rigs to finish in the top 10 at a deep, clear smallmouth lake.

Two of the more recent examples involve Tommy Biffle in 2010 and Denny Brauer in 2011. Both known as master Flippers, Biffle won an Elite Series event wire-to-wire on Fort Gibson Lake by fishing his signature Gene Larew hardhead and Biffle Bug on offshore rockpiles. 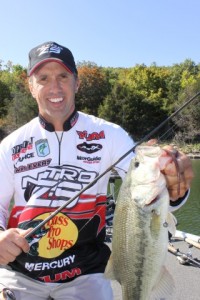 Brauer went offshore himself in claiming his 17th Bassmaster victory in 2011 on the Arkansas River. Brauer used a Strike King Football Jig and Rage Craw to probe offshore depressions in Pine Bluff Harbor, and he too won in wire-to-wire fashion.

Scott Martin, a native of Florida and Lake Okeechobee master won the 2011 Forrest Wood Cup by fishing a big worm on offshore structure spots. While the majority of the field was chasing bass in the shallows with bluegill imitating topwaters, Martin went against the grain and fished deep to win his first Forrest Wood Cup Championship and $600,000.

Of course there are more examples all over the fishing world, and they all mean the same thing.

Be Open to New Things
A champion bass angler, or even an angler who manages to go out on his favorite lake and make the most out of every situation, is one who is able to catch bass in just about any situation. Whether the angler is a shallow water junkie or a deep water tactician, having a backup technique that allows him to catch fish any time he is on the water. 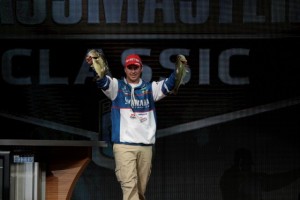 By example, the anglers mentioned above have shown us that having a counterpunch technique that is on the opposite spectrum than their primary approach. What that means is that if you love to Flip or Frog, then find an approach that allows you to catch bass in deep water too. On the flip side, if you are a finesse angler, learn to fish heavy handed tactics when it is appropriate.

The point is that once again, the best anglers in the world can continually teach us how to become better anglers. If we get ourselves in a position to have at least two opposite approaches, then we can count ourselves as anglers who can catch fish under a variety of conditions.